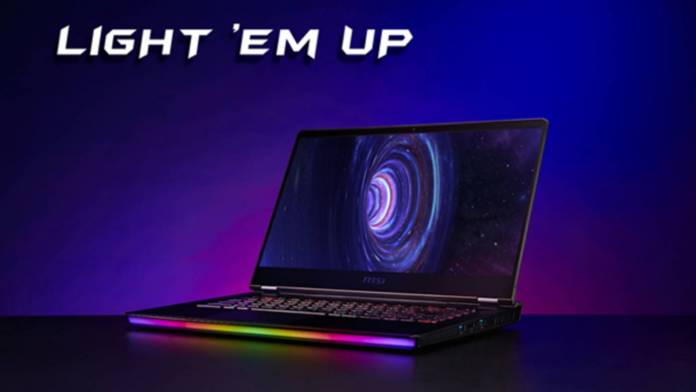 MSI today has announced the availability of the latest iterations of the GS66 Stealth, GE66 Raider and Creator 17 laptops. These new MSI laptops feature the 10th Generation Intel Core i9 processor.

All three come equipped with the NVIDIA GeForce RTX SUPER™ Series graphics and up to an i9-10980HK processor with a Single-Core Turbo boost that reaches up to 5.3GHz. According to MSI, the latest Intel chip will boost performance speeds “by nearly 50 percent” compared to the last generation i7-9750H processor. These new MSI laptops should display higher frame rates per second, even with multitasking.

The GS66 Stealth comes in with a sandblasted core black chassis that houses a 300 Hz IPS-level display. When it comes to its battery, MSI claims it features the world’s largest battery capacity at 99.9 Whr. To keep things cool, this gaming laptop features a new thermal Cooler Boost Trinity+ system made up of 0.1mm fan blades.

Additionally, the laptop includes a Thunderbolt 3 port for data transfer rates up to 40 Gbps and 8K display output.

“The quiet GS66 Stealth is a powerful productivity laptop that lasts all day and won’t distract you from your work,” says MSI.

This 15.6-inch features the latest CPU and NVIDIA GeForce RTX 2080 SUPER graphics. Also, it includes a 300Hz display, which is powered by the 99.9 Whr battery. The GE66 Raider sports Mystic Light with panoramic aurora lighting with support for 16.8 million colors.

According to MSI, the Creator 17 is “the world’s first laptop with a Mini LED display.” It holds a DisplayHDR1000 standard delivering “true-to-life” color accuracy, according to MSI. In total, the laptop weighs less than 5.5 lbs. It measures less than 0.80-inch thick and has a 4K screen with brightness over 1,000 nit.

Inside, it is powered by a 10th Gen Intel 8-Core processor. MSI claims the processor is “capable of delivering blazing fast video renders and encoding times.”

Here is the pricing and availability for all three laptops: