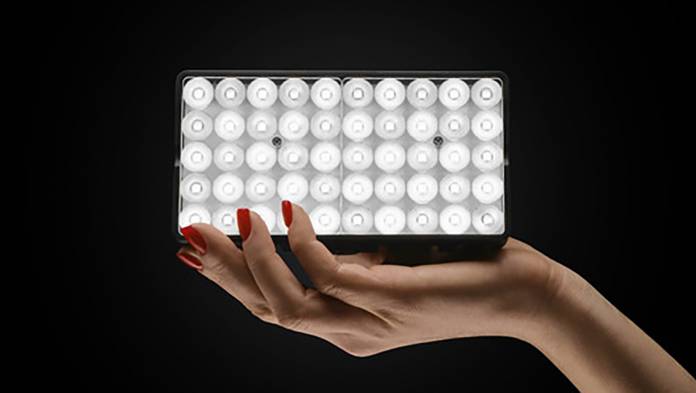 Lupo now has a new completely new tier of lights: the Action Range. This tier includes the Actionpanel Full Color and the Smartpanel Dual Color.

Let’s take a look at both of these new lights:

The Action Range Actionpanel measures out to be just about 9×9 inches. It’s available in both dual-color and in full-color variants. It’s also built to withstand portable use. According to Lupo, the light is “light” and “easy to toss around.” It weighs just 2kg. This light seems it would be great for on the go filmmakers or vloggers needing a light they can quickly set up.

On its back digital display, you can visually see the light intensity, color temperature and DMX channels. The light runs 2800K to 10000K with the possibility to adjust green and magenta in CCT Mode. It also offers an RGBWW mode that allows you to control red, green, blue and white independently and an HSI mode. This mode allows you to control hue, saturation and intensity of all colors.

As for the Action Range Smartpanel, its geared towards a wide variety of videographers of all skill levels. It’s a very small light that can be used on-camera or just as a traditional light. Additionally, you have the choice to either run the light off USB-C power or a snap-on NP-1 F battery. Also, there’s enough light to bounce in many cases. You normally can’t do this with most on-camera lights because a lot of their outputs aren’t powerful enough. In total, the Smartpanel emits 4,200 Lux at 1m. It weighs 300g and measures out to be 157mm x 82mm x 52mm.

“ … with the Smartpanel you can get serious and illuminate your sets and use it as a mini studio light, for vlogs, music videos and much more,” says Lupo.

Both the Actionpanel and Smartpanel Action Range lights are available now for $800 and $159, respectively.