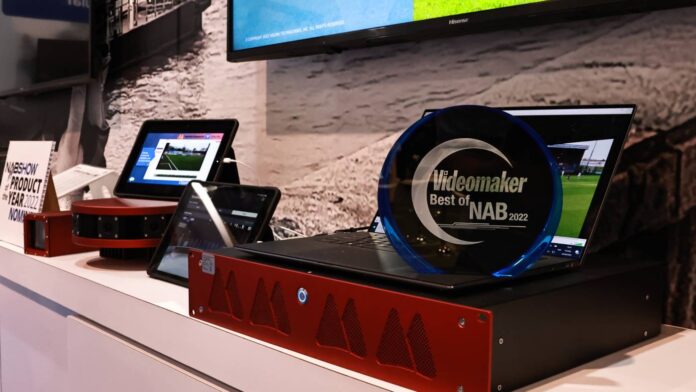 Congratulations to Vislink; its IQ Sports Producer is Videomaker’s pick for the best AI Livestreaming Solution at NAB 2022.

The IQ Sports Producer (IQSP), as you might guess from the name, is multicamera solution for professional sports productions without needing an on-site camera team.

This system supports one to several camera setups. At its core, the IQSP features the IQ Artificial Intelligence engine, which can follow sports action inside and outside. Additionally, it can be used remotely to livestream and record games. Also, after the game finishes, the IQSP can automatically create an edit of the highlights, making it quick to share a highlight reel.

Here are some extra features that we would do a disservice to the IQ Sports Producer not mentioning:

To learn more about the IQ Sports Producer, head over to Vislink’s official website.