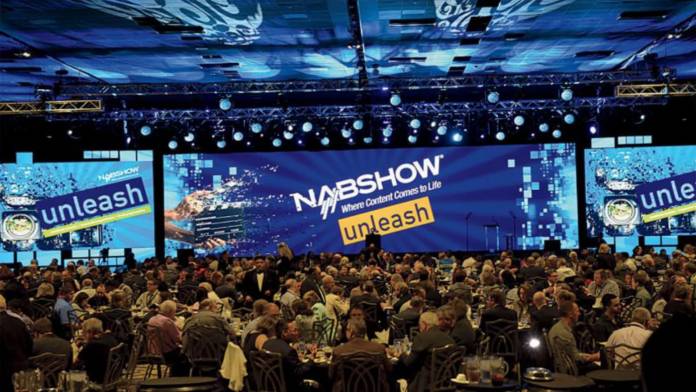 NAB 2020, the huge annual trade show where so many major tech professionals had plans to gather, has just been canceled due to serious concerns about the coronavirus spreading at the show.

NAB Show on Twitter just confirmed that it is no longer possible to hold NAB 2020 in April as scheduled. “In light of the current public health emergency both domestically and globally, it is clear that it would not be possible to hold #NABShow in April as planned,” writes NAB Show on Twitter. To be clear, the NAB Show planned in New York is still taking place as scheduled as of March 3rd, 2020. This cancelation is for the Nevada NAB show scheduled in April.

While this is a huge blow to the tech industry and to all those who attend (usually around 90,000 attendees), it isn’t completely surprising. Just in the past month, major tech events have been canceled due to the virus. For instance, SXSW, E3, Facebook’s F8 Developers Conference, and Google Cloud Next ’20 have all been canceled.

NAB is weighing its options

While NAB 2020 may be canceled in April, NAB Show confirms that NAB is “evaluating a number of alternatives to the April show.”

“We are still weighing the best potential path forward, and we ask you for your patience as we do so,” NAB writes. “We are committed to exploring all possible alternatives so that we can provide a productive setting where the industry can engage with the latest technology, hear from the industry thought leaders and make the game-changing connections that drive our industry forward.”

So far, it isn’t clear what these “alternatives” are. It’s possible we could see NAB 2020 rescheduled for a later time this year or maybe even see the show held somewhere else. It is also possible we just won’t have an NAB this year.

Even if NAB wants to reschedule or move the event to a different location, the chances that many major companies will attend are slim. Before announcing the April show was canceled, NAB saw big companies like Adobe, AJA, AVID, Nikon, and Western Digital drop their attendance from the show. Even if the show’s location or time were moved, would these companies change their decision to attend? Likely no if the coronavirus situation doesn’t improve.

We will report on any updates from NAB as they come out.