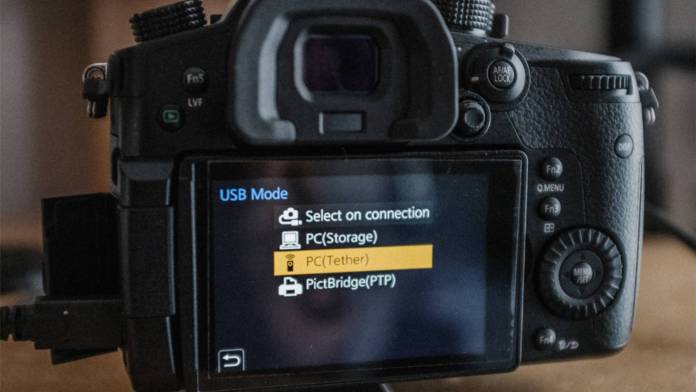 Panasonic has released an app, the Lumix Tether app, which allows you to use the company’s mirrorless cameras as a webcam through USB.

Webcams are notorious for their lackluster image quality. Overall, if you have the option, it’s better to use your DSLR or mirrorless camera. Problem is: most computers aren’t able to interpret the video signal they receive over USB or HDMI. Typically you would need to purchase a video capture card so your computer can read the signals. However, the Lumix Tether allows the GH5, GH5s, G9, and S1 series to stream over USB.

Before the update, the Lumix Tether app already allowed you to connect a Panasonic camera to a PC for tethered shooting. The computer would display a live view of the footage being recorded by your camera, but it displayed a focus box and on-screen controls. The update will allow the app to remove the UI elements. You can send a clear video feed to places like OBS (Open Broadcaster Software) and to a videoconferencing software.

Currently, the updated version of the app is only available for Windows. So Mac users will have to stick to what they have now and wait to see if a compatible version is released.

Both Canon and Fujifilm offer apps that are similar to the Lumix Tether app. The companies’ apps allow you to use their cameras over USB. However, you can also output their cameras’ signals directly to a Zoom call without needing OBS, with Panasonic’s cameras. So that’s something they have over the Lumix Tether app. Additionally, Canon’s app works for both Windows and Mac. Fujifilm’s app is only for Windows.

During the COVID-19 pandemic, it seems that camera manufacturers are focusing their attention on making their cameras useful for virtual conferencing and streaming. Many of the major companies are making it easier to use your higher-end cameras for video calls. While Sony and Nikon require more than just a USB cable to use their cameras as webcams, we could see that change soon.

You can check out LUMIX Tether for Streaming here. It’s currently in beta.