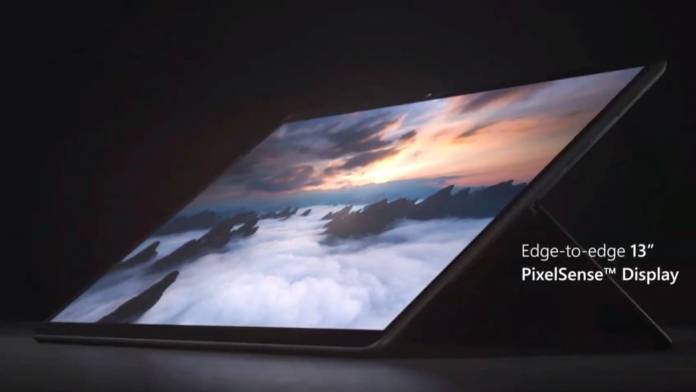 Set to become the first ARM-based Surface device from Microsoft, the Surface Pro X was announced this week at Microsoft’s Surface event.

This may not come as a shock to some. Microsoft has been rumored to be working on an ARM-based Surface for some time now. Regardless of how long it has been rumored though, we know now that the device is real. The 13-inch Surface Pro X will use Microsoft’s SQ1 chip. Microsoft and Qualcomm joined forces and created custom CPU cores for the Pro X. It will be based on Qualcomm’s Snapdragon and features an AI accelerator. This makes the Surface Pro X the first Surface with an integrated AI engine.

It’s been a long time coming for ARM

Microsoft first started dabbling in ARM-based devices a few years back. Many other companies released devices that claimed to last all day and run pretty much every Windows application on the low-energy processors. HP and Asus were some of the companies included in that list.

Microsoft is using a binary translator to convert X86 instructions into ARM64. At the same time, it will compile practically all of the native Windows 1- libraries for the ARM architecture.

The ARM-based Pro X’s screen has a 1400:1 contrast ratio and a resolution of 2880×1920. Its screen can be extended to a 4K screen. Additionally, the laptop supports USB-C ports and, thanks to the ARM-based chip, LTE connectivity.

Design-wise, the laptop is 5.3mm thin and weighs 1.68 pounds. There is a removable hard-drive as well. That’s the first time we’ve seen a Surface have that option.

It is clear that the ARM design is making its way into Microsoft’s PCs. It seems like we will potentially see even more ARM-based PCs in the near future.

The Surface Pro X will be released on November 5th for $99. It is open for pre-order right now. Learn more at Microsoft.com