The cards available in two formats: SDXC for mirrorless and DSLR cameras and microSD for action cams, drones, and Android smartphones. In terms of speed, the cards offer up to 160MB/s read and up to 120MB/s write. Lexar claims the SILVER Series allows you to quickly capture and transfer Full-HD and 4K UHD video with ease. Additionally, the SILVER Series are Class 10 cards, meaning it features UHS Speed Class 3 (U3) and Video Speed Class 30 (V30) technology. Both technologies ensure high-speed performance, according to Lexar.

“We are excited to announce the new Lexar Professional 1066x SDXC™ UHS-I Card SILVER Series. This technology provides photographers and videographers the performance and reliability they demand, and with capacity options up to 512GB, they can capture and share more of what they love,” said Joel Boquiren, General Manager of Lexar. 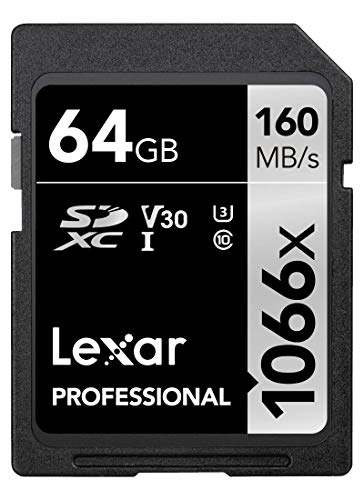