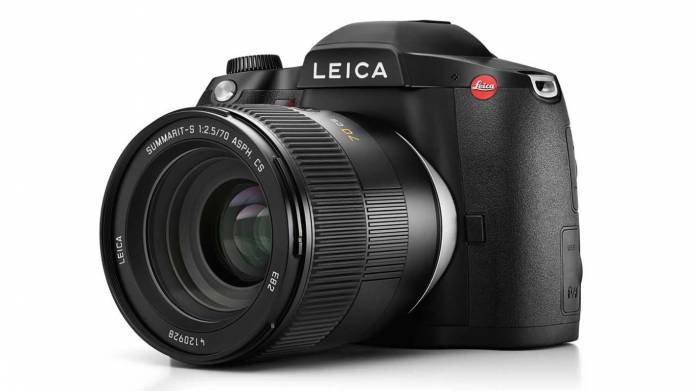 It has been a little while since Leica officially announced its Leica S3 4K 64MP Medium Format DSLR. However, today, we can finally tell you the camera is coming soon.

Leica has officially released the Leica S3: a 64MP medium format DSLR. It is a DSLR with 15-stops of dynamic range and Cine 4K video shooting. Not only has it been a long time since Leica announced the camera, it’s been a long time for Leica to follow up its predecessor: the S2. It’s been 12 years since the camera’s predecessor was released.

It’s been a while since an announcement, so let’s go over the specs of the Leica S3. It features a 3:2 aspect ratio, 30 x 45mm Leica ProFormat CMOS sensor with an ISO sensitivity range from 100-50,000. Additionally, it’s reported to have 15-stops of dynamic range and a resolution of 64MP. How does that compare to the S2? Well, it’s about 71% higher in resolution. The Leica S2 sports 37.5MP resolution.

Inside, the S3 has a Leica Maestro II processor, and a 2GB buffer. So you can shoot up to six compressed DNG image files or unlimited JPEGs at 3 fps.

Moving onto the S3’s video shooting capabilities, the camera shoots Cine 4K resolution video at up to 24p. It shoots with a full sensor width, and it can capture Full HD video at up to 30p. You also get two memory card slots. You will find one SDXC card slot and one CF card slot on the camera.

The medium-format Leica S3 is available for $19,000 — certainly in the higher price tier bracket. But, if you are interested in learning more, you can go to Lecia’s website.