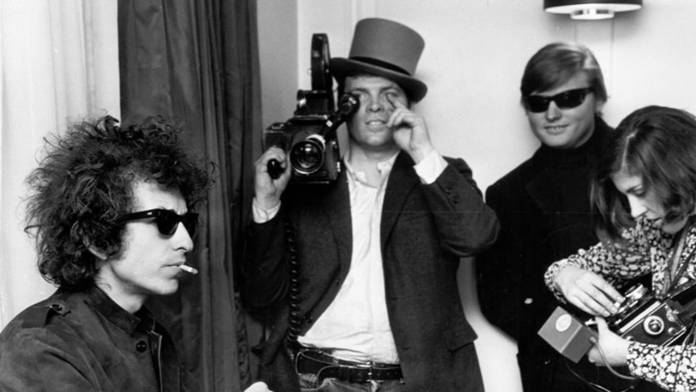 DA Pennebaker’s work as a filmmaker was groundbreaking, capturing historical moments in both rock music and politics. Sadly, he has passed away at the age of 94.

His son, Frazer Pennebaker, told The Hollywood Reporter he passed away due to natural causes at his home in Long Island on August 1st.

One of Pennebaker’s most famous works was his Bob Dylan documentary: Don’t Look Back. He is also known for capturing David Bowie’s last performance as Ziggy Stardust in 1973. On the political side of his career, he won an Oscar for his documentary following Bill Clinton’s 1992 presidential campaign.

Donn Alan Pennebaker was born in Evanston, Illinois in July 1925. Pennebaker began his first steps into his lifelong career as a documentarian when learning camera techniques from his father, a commercial photographer.

Pennebaker served in the Navy during World War Two and after studied engineering at MIT and Yale. Eventually, Pennebaker directed his first film. It was an impressionist short called Daybreak Express and was set in the grimy trains of New York City.

DA Pennebaker’s works as a documentarian

In hopes of reinventing the stale documentary format, Pennebaker co-founded Drew Associates in 1959. He wanted to show the audience what it was like to be with his subjects more than the medium had previously allowed. He made this ambition a reality by working with British film-maker Richard Leacock. Together they made the first hand-held, synchronous-sound cameras. This development allowed Pennebaker to get closer to his subjects and captured moments and conversations that previously couldn’t be captured. There was no longer a need for overdone narration.

“You wanted to drive the stories by what people said to each other,” Pennebaker said, “not by what you thought up on a yellow pad.”

The first film to use the camera was Primary (1960). The film followed John F Kennedy and Hubert Humphrey from dawn to midnight for five days while they campaigned for the Democratic presidential nomination.

All of this lead to one of Pennebaker’s most iconic works. A short film on jazz vocalist David Lambert brought Pennebaker to the attention of Bob Dylan’s manager. This resulted in the film: Don’t Look Back. It documents Dylan while he is preparing to change his music style from acoustic, folk-based sound to rock and roll.

It was a commercial and critical hit. From there he captured many iconic musicians like Janis Joplin, The Who, Otis Redding and Ravi Shankar. In 1973, he captured David Bowie’s final concert in the guise of alien rock star Ziggy Stardust in London. Funnily enough, he didn’t know who Bowie was at first. But it didn’t take him long to recognize Bowie’s talent.

“What I saw when David got on stage, was one person totally holding that stage for two hours,” He recalled. “I thought, ‘There’s not many people who can do that, I better get this all on film while it lasts.'”

Another one of Pennebaker’s most renowned works was Company: Original Cast Album. The documentary filmed the insane 18-hour recording session for Steven’s Sondheim’s Broadway musical.

The film is considered to have one of the most realistic depictions of creative frustration ever captured on film. That scene is where Elaine Stritch tries again and again to get the perfect recording of the song “Ladies Who Lunch.” As she continues to try, the documentary shows Sondheim holding his head in his hands in frustration.

Pennebaker’s The War Room also earned him an Oscar nomination for best documentary feature in 1994. The documentary followed James Carville and George Stephanopoulos, key figures in Bill Clinton’s presidential campaign. They helped Clinton through many ups and downs during his campaign.

While The War Room didn’t earn him an Oscar, two decades later he became the first documentarian to receive an honorary Oscar. The Oscar recognized his revolutionary cinéma vérité filmmaking.

A legendary career comes to a close

Pennebaker leaves behind his third wife Chris Hegedus, with whom he worked on numerous films, including The War Room, and eight children. While he may have passed on, the world still has his groundbreaking work. It will continue to influence and guide for years to come.