Hollyland announced some exciting new products at the recent IBC trade show in Amsterdam, Holland. The new Mars 4K, a UHD wireless video transmission system, and the Mars M1 wireless transceiving monitor are designed to give you a simplified workflow with more flexibility.

Hollyland’s Mars 4K wireless video transmission system supports 4K UHD (3840×2160) video at up to 30 frames per second (fps) via HDMI. It’s also compatible with 1080p and 720p video formats. In addition, the Mars 4K system supports decimal-point frame rates input from SDI, such as 23.98, 29.97, 59.94 fps. The system can also output these frame rates from the receiver’s HDMI and SDI out ports.

The Mars 4K wireless video transmission system is powered by an upgraded dual-core codec chip. This is capable of a data rate ranging from 8 Mbps to 20 Mbps, with 12 Mbps as the default. The new system has a 450 ft (150 m) line of sight (LOS) range and latency of 0.06 s. This means you shouldn’t notice much of a delay on the video feed to your monitor.

The build quality of the Mars 4K wireless video transmission system incorporates superior corrosion and wear resistance to withstand use in the field. Hollyland has designed the system to be quickly put together with disassembly-free, bullet-styled antennas attached. In addition, you can power the Mars 4K via various options, including DC, batteries and USB-C chargers. 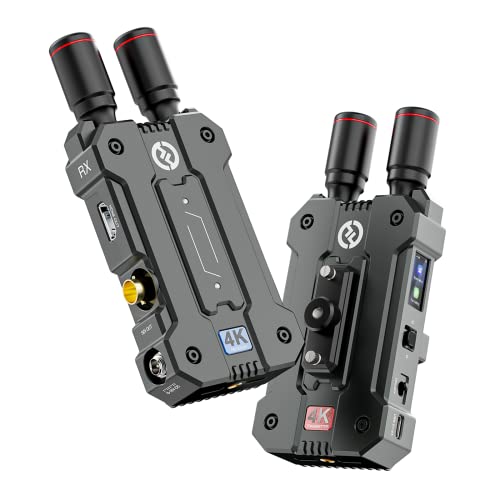 The Mars M1 is an all-in-one transmitter, receiver and low-latency monitor solution. It has a bright 5.5-inch LCD touchscreen which supports the Rec. 709 color gamut. In addition, the monitor supports color calibration, and color temperature adjustment and comes with five 3D-LUT preset files. Hollyland has also designed a new user-friendly UI design. The Mars M1 can be used with Hollyland’s Mars 4K, Mars 300 Pro, Mars 400s Pro and the future Mars Pro/4k series.

The Mars M1 wireless transceiving monitor has a 450 ft (150 m) LOS range and latency of 0.08 s. It supports 4K video at up to 30 fps via the HDMI input and output. There is also an SDI input and the monitor can even provide DC power out for external devices. To help ensure your video is perfect, the Mars M1 includes features such as 4x zoom, focus assist, exposure assist and waveform display. 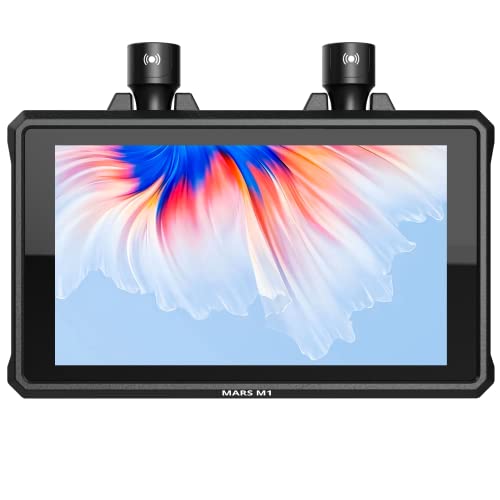 Hollyland’s video transmission systems have a reputation for quality and performance. The latest additions to the company’s range improve on the previous models by simplifying the workflow to save you time on set.