Hasselblad just announced its latest addition to the X-series of cameras: the X2D 100C.

Hasselblad had a long-standing reputation — most famously being the camera brand used during America’s first moon landing. Their specialty is medium format cameras that are designed with photographers in mind.

The X2D 100C continues the Hasselblad legacy of delivering power and scale in a medium form factor.

The core of the X2D 100C is a large medium format 100 MP BSI CMOS sensor. This sensor can capture up to 15 stops of dynamic range with 16-bit color depth. This covers trillions of colors and allows you to capture a wide range of highlights and shadows. The base ISO sits at 64 and maxes out at 25,600. It also sports a high-resolution, 2.36M-dot touch and tilt screen.

Hasselblad put a lot of features into this camera to make taking photos as smooth as possible, starting with the five-axis, seven-stop in-body image stabilization (IBIS). This stabilizes the sensor to ensure your handheld shots come out clear and crisp. In addition to that, the X2D 100C utilizes Phase Detection Autofocus (PDAF). This feature allows for quick capture of moving images with precision across the 294 focus point across the 100-megapixel sensor.

The most unique feature of the X2D 100C has to be its built-in 1 TB SSD drive with a write speed of up to 2370 MB/s and a read speed of up to 2850 MB/s. You can also use CFexpress Type B within the media slot if needed.

Hasselblad has also released three newly designed XCD lenses to capture all of these amazing features.

The Hasselblad X2D 100C is a powerhouse of a camera that is designed for professional and adventurous photographers; this camera is set up for you to take photos in just about any environment you can think of. However, note that this camera isn’t for videographers since it doesn’t shoot video. 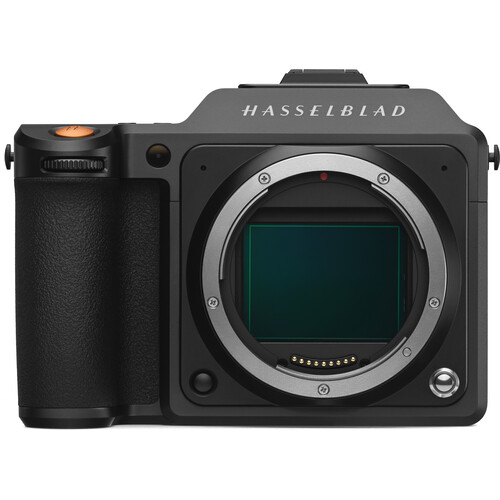