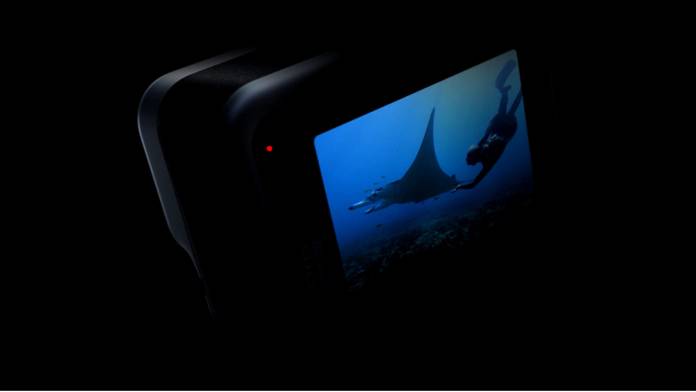 It appears GoPro is teasing the successor to the HERO7 on its website. Also, a recent HERO8 leak seems to suggest the camera will be announced soon.

The teaser posted on GoPro’s website displays a tagline that reads “This is Action.” The tagline is pasted over a mash-up of different action shots. A few other them include underwater diving and off-road racing. The clips definitely fit the tagline.

The photo you see above is the most official product shot we have of the new camera. However, there’s been a few leaks that suggest what the camera will look like and its specs. Photo Rumors claims the camera line will see a redesign with the new model. The source also suggests the new design will allow for future expandability with pro accessories like front-facing display monitors and external flash.

How about the specs? The HERO8 leak reveals a few potential specs for the new Hero model. We could see a new GP2 chip in the camera. That should help improve the on-board image stabilization. Additionally, the leak says we can expect better lenses, improved image quality, and a new 12MP sensor. There could also be a new optional housing and accessories.

Is there any news about the video?

According to the HERO8 leak, the camera will shoot 4K video at 120 fps. It should also shoot full HD video at 480 fps. That is a boost in frame rates from the Hero 7, which shoots video at 4K 60 fps.

When can we expect an official announcement?

If the leak is true, we won’t have to wait very long for the official announcement. Photo Rumors expects the camera to be announced sometime this month. However, there are other sources, like TechCrunch, that expect the camera to be announced on October 1st. Plus, GoPro’s official site displays the date “10.01.19” with their teaser image. So we can expect the announcement will be made the 1st of next month.