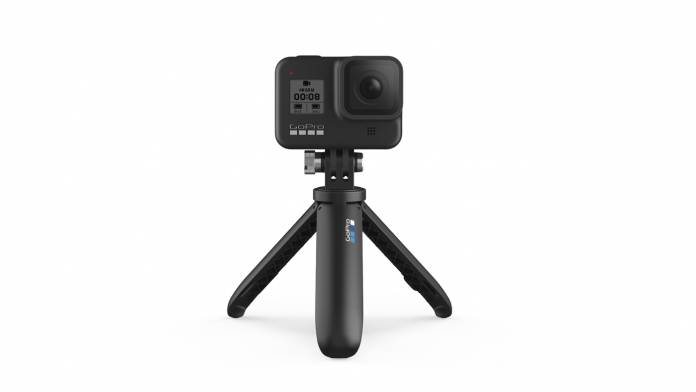 The new GoPro HERO8 Black has a very notable change compared to past iterations. The HERO8 has a new body design that seems to integrate GoPro’s mounting system into the housing. This means you don’t need add-on frames to attach it to mounts.

GoPro’s TimeWarp is also getting an upgrade and there should be better on-board wind suppression without a mic. GoPro is also planning to release a new mounting system for filters.

There are also a few add-ons for the GoPro HERO8, which GoPro calls “Mods.” One of the Mods is a shotgun mic called a Media Mod. Additionally, there’s a Display Mod that has a flip-up LCD viewfinder for vlogging. There’s also a Light Mod. That mod has a 200 lumen LED continuous video light source.

The GoPro HERO8 Black wasn’t the only camera that was announced today. GoPro also announced the GoPro MAX. It is the successor to the GoPro Fusion and captures 360 videos. It also sports a single lens and traditional wide-angle footage. It also has its own version of HyperSmooth stabilization called Max HyperSmooth.

It does have a front-facing display, which makes it fit for content creators who want to vlog.

The GoPro HERO8 Black and GoPro MAX are open for pre-order now for $399 and $499 respectively. The HERO8 will ship October 15th and the Max will ship on October 24th.