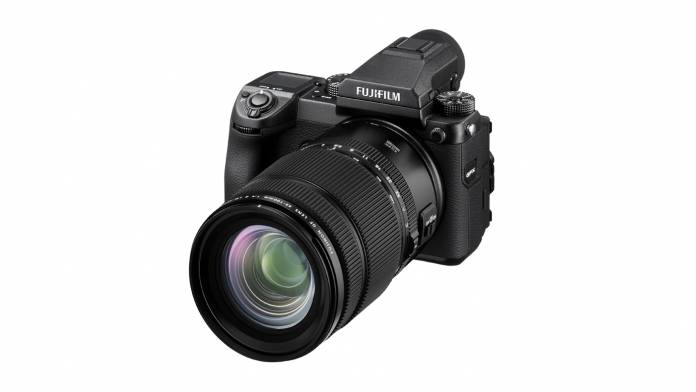 Alongside the X-T200, FUJIFILM has just announced the launch of the standard zoom FUJINON Lens GF45-100F4 R LM OIS WR. The lens will be out later next month.

This lens will be added into FUJIFILM’s line of interchangeable GF lenses for the GFX large format. The GF45-100F4 packs a focal length range of 36mm and 79mm on a smaller 35mm format system. As for its aperture, its maximum aperture comes in at F4. The new lens joins the GF32-64mmF4 R LM WR and the GF100-200mmF5.6 R LM OIS WR in the GF line.

“Together, these three lenses provide photographers with a broad range of focal lengths, accommodating a wide range of shooting styles and enabling them to become incredibly versatile and creative,” says FUJIFILM.

The GF45-100mmF4 R LM OIS WR lens is made from 16 elements in 12 groups. That includes three aspherical elements, one Super ED element, and one ED element. These elements should control spherical aberration, field curvature and chromatic aberration. “This minimizes the negative effects of various forms of aberration, such as luminance shift and color bleeding, to deliver astonishing image sharpness,” claims FUJIFILM.

“… the lens is extremely portable and compact despite being a 2.2x zoom
for a large format camera system,” says Fujifilm.