PowerVision’s PowerEgg X is one of the most versatile camera systems out on the market. Not only is it a drone capable of recording 4K 60p it’s also a stabilized handheld camcorder and an AI-powered live streaming webcam.

We first saw the PowerEgg debut at CES 2020. PowerVision positioned the PowerEgg as an all-in-one camera, capable of recording quality video in the air and on the ground. The PowerEgg’s been on the market for about a year now but went relatively unnoticed. Now, PowerVision’s gaining more attention after announcing the PowerEgg X.

PowerEgg X as a drone

What differentiates the PowerEgg X from the previous iteration is its weather-proofing. Now, the system withstands harsh weather conditions, like rain. According to PetaPixel, this is one of its defining features, since most drones don’t fare well in harsher weather conditions. In drone mode, the drone captures 4K 60p ariel video while navigating a 170° field of view. It also can stream 1080p video from up to 3.7 miles away. All the system’s modes support a 3-axis gimbal stabilizer, so even in drone mode, the system stabilizes shots.

Like other leading drone lines, the PowerEgg X features automatic obstacle avoidance. Using its front and bottom sensors, the drone can detect obstacles up to 60’ away. It’s also able to land on water.

When the PowerEgg X’s up as a stationary camera, it implements multi-angle facial recognition to frame the shot. Additionally, it tracks subjects within its 170° field of view. If the subject goes out of the frame, the system will remember the subject and start tracking them again once they’re back in the frame. On a full battery, in its AI mode or its handheld mode, it lasts up to 3.5 hours.

PowerEgg X as a webcam

PowerVision updated the PowerEgg X’s live streaming experience to feel more user-friendly. It now supports gesture control, allowing presenters to end their streams without having to press buttons. It also uses its AI-face recognition to keep the subject in the center of the frame. As a webcam, the system streams either 720P and 1080P video. It’s compatible with YouTube and TikTok for live streaming. To stream to TikTok, you need more than 1000 fans to use the feature. As a video conferencing camera, it’s compatible with platforms like Zoom, Skype, DingTalk, and Tencent Meeting. 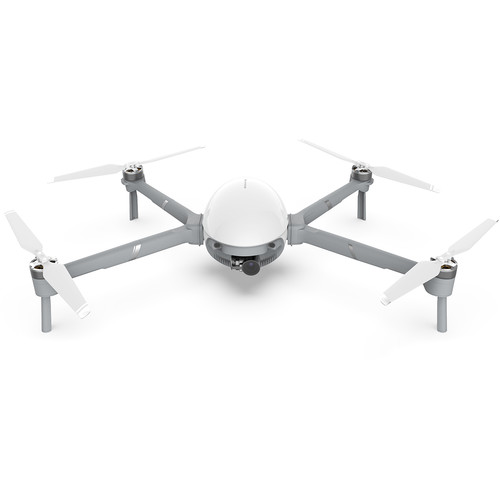