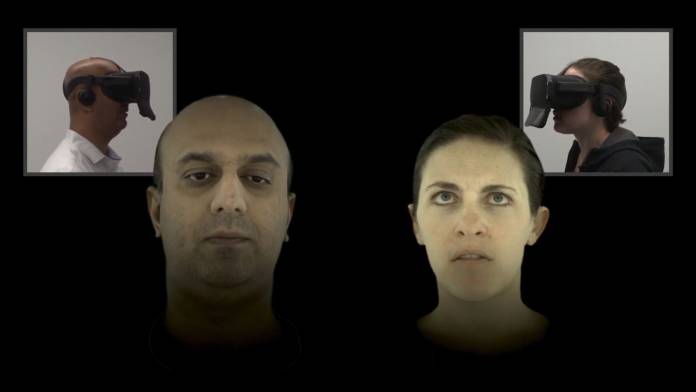 VR is young medium and Facebook wants to be one of the VR leaders. The platform is working on full body avatars for VR social interaction.

At Oculus Connect 6, Facebook Reality lab’s Micheal Abrash said “VR certainly has the same long term potential as the personal computer.” Abrash actually believes that VR will surpass our personal computers. “In fact, I believe that it will ultimately become the most powerful creative and collaborative environment that has ever existed,” Abrash said. While there’s much more work to do, the Reality Lab wants to create a genuine sense of “social presence” in VR.

What does a “social presence” in VR mean? Essentially, Facebook wants to make a VR experience that will make you feel like you’re physically sharing the same space as another person.

To achieve this, Facebook is currently developing full-body avatars that look and move just like the humans they represent. While Facebook can’t these “Codec Avatars” in real-time right now, they hope they’ll be able to in the coming years.

These avatars are intended to look photo-realistic. Abrash said it is very important to convey emotion in a social VR experience. So, they’ve doubled down on making photorealistic virtual faces for their Codec Avatars. You can see just how detailed they’re aiming for in the video below.

A new way to communicate

Facebook intends to combine the photo-realistic avatars and virtual spaces and create a completely new form of social interaction. So just imagine being able to project yourself to anywhere in the world and talk to anyone with a VR headset. It is an unprecedented kind of technology. But, don’t expect this kind of tech to be out tomorrow.

“Realizing the full potential of VR will take decades,” Abrash said. “Just as it did with personal computers.”

However long it takes, it looks like a bright and exciting future for VR.