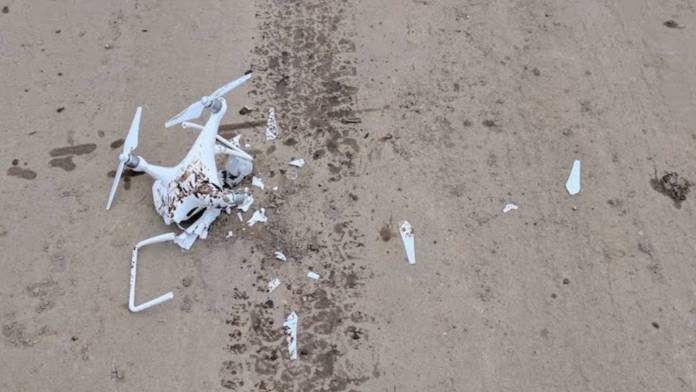 In Minnesota, there’s a man who could face real prison time for two felonies, both of which concern him illegally shooting down a drone.

According to The Free Press, a man, who hasn’t been named, was flying a drone over Butter Foods in Butterfield, a Southern Minnesota town. Butterfield Foods is a meat processing plant and produces numerous meat products. Namely, the plant produces chicken products. The drone operator later told sheriffs the reason he was flying his drone over the plant was to find evidence the plant was slaughtering chickens because of the pandemic.

How the incident went down

While the unnamed drone operator was flying his drone, two employees noticed the drone and approached him. They asked him what he was doing. Soon after, someone else shot the drone out of the sky. That of course is against the law. Authorities arrested 34-year-old Travis Duane Winters. He is charged for criminal damage to property and reckless discharge of a weapon within city limits. Winters has admitted to shooting down the drone. He was charged in Watonwan County District Court.

It’s uncommon to be tried for shooting down a drone

There have been other past incidents of people shooting down drones. For instance, there were a few shootings in 2016 and 2017. In one particular case, a man sued his neighbor for shooting down his drone when he flew it over the neighbor’s property. However, the neighbor wasn’t tried because a federal judge dismissed the lawsuit on procedural grounds. The judge found that the case should have been filed in state courts, not federal.

The Federal Aviation Administration clearly states that shooting a drone down is illegal under the exact same laws that make it illegal to shoot down crewed aircrafts. However,there’s been very few, if any cases, that have tried people for violating those laws.