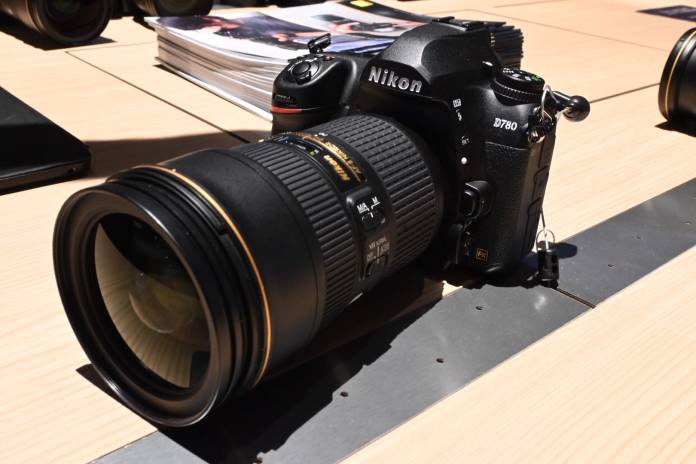 Nikon is kicking off CES 2020 with a big announcement. The company has just announced the D780 DSLR, essentially being an updated full frame Nikon D750.

The D750 is over 5 years old now. The D780 couldn’t have come at a better time because the line is due for an update. So let’s dive into all the D780’s specs and features:

Looking inside the new camera, it features a 24.5 MP Full Frame sensor and a EXPEED 6 image processor. That’s the same image processing engine found in the Z 6 and Z 7. The camera can shoot up to 30 fps in UHD and features full pixel readout. It can also shoot video at 120 fps in HD. Also, the camera offers 10-bit output and HLG 10-bit.

As for still shooting, the camera can shoot at up to 7 fps. The D780 also includes built-in focus stacking. Essentially, focus stacking is a digital image processing technique that combines multiple images taken at different focus distances. The end image results in a greater depth of field. The camera additionally features in-camera double exposure.

If you need to shoot a timelapse, the camera can do that. Like other Nikon cameras, the D780 features internal timelapse with a built-in intervalometer.

Moving on, let’s discuss the camera’s build. The back screen is an LCD panel that features 2.3 million dots. Also it features dual UHS II slots. This lets you record multiple film formats simultaneously.

Nikon will sell the Nikon D780 DSLR for about $2100. The camera will be released later this month. You can see the camera at CES 2020 where it is currently on display.