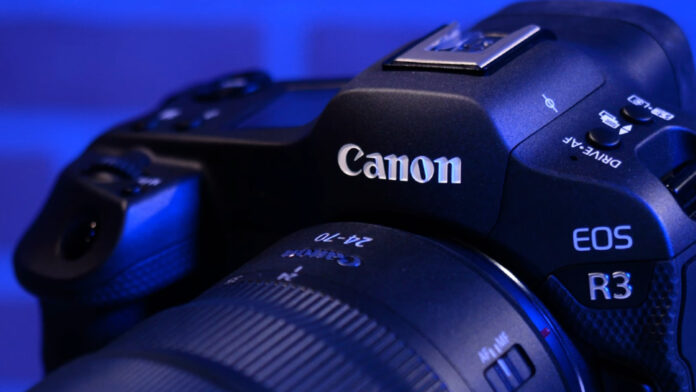 In a surprise move, Canon has withdrawn the latest firmware update for its EOS R3 mirrorless camera.

What do we know?

Last week Canon released the firmware version 1.2 update for the EOS R3 camera. However, as reported on first by PetaPixel, the support page for the R3 on the Canon website now displays “Firmware release temporarily unavailable.” The details below this heading simply state: “We regret to inform you that the recent firmware release for the EOS R3 is temporarily unavailable. Please check back soon for updates.”

What was in the update?

The majority of the new EOS R3 features Canon included in the firmware version 1.2 update are related to still photography features. These include a new custom high-speed continuous shooting setting, which allows you to up to 50 images continuously at a speed of approximately 30 to 195 fps. However, there were some new features and improvements for video shooters. Most notably, the update allowed the R3 to record video in full HD at up to 240 fps. There was also a new timelapse movie recording option and enhanced Movie Digital IS.

So far, Canon hasn’t issued an explanation for why the EOS R3 firmware update has been removed from its website. However, a number of online sources have posted details of an issue relating to the mode dial. Specifically, if you perform a reset after installing the firmware update, the mode dial doesn’t work correctly, and you can’t change between settings such as TV or AV.

Last year, Canon had an issue with a firmware update for its R6 mirrorless cameras, which meant that it was also withdrawn shortly after release. However, the company quickly fixed the bug and rereleased the update within a short time. Canon’s likely similarly working on a fix for the R3 firmware version 1.2, which should be out soon. In the meantime, you should consider rolling your camera’s firmware back to the previous version if you have already updated your R3 to version 1.2.