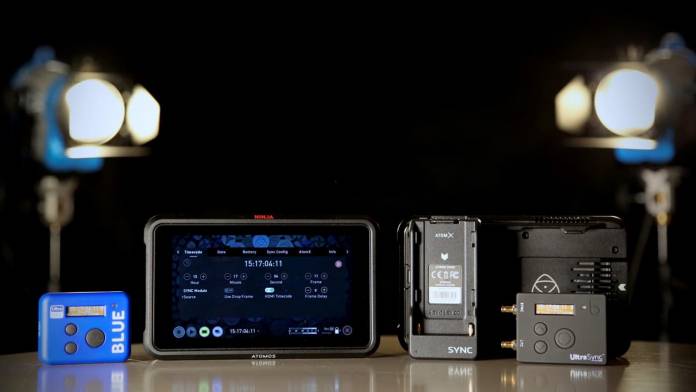 Atomos last week acquired Timecode Systems. With this acquisition, Atomos is looking to work towards a new era for multicamera content creation.

If you are unfamiliar with Timecode Systems, it one of the top companies that work in wireless timecode and integrated multi-camera workflows. They launched the first-ever Wi-Fi-enabled digislate. They also created the only timecode sync solution for GoPro cameras and patented a timecode-over-Bluetooth timing protocol.

Some of its wireless sync units and control modules are being used in mainstream movies and television shows. Productions like James Bond, Marvel movies, Top Gear, and The Grand Tour use their technology. Now, after this deal, Atomos products will feature the same technology. It will also be offered as a free SDK for third parties, smart devices and audio manufacturers.

What will the Atomos and Timecode Systems deal do?

The companies hope this deal will move towards integrated multicamera workflow solutions that “unify all devices” during recording and ultimately allow them to “work together more cohesively.”

“Demand for multi-camera shoots is increasing, but creators are limited by the time it takes to edit, align and finish videos that combine multiple sources of video and audio,” says the press release.

With Timecode Systems technology, the companies say the systems will work with multiple devices “seamlessly.” That, in turn, should cut down on hours editing video and audio.

Looking into the future

So now, it seems that the wireless sync technology will be included in the next generation of Atomos products. Not only that, it will be also packaged as a free SDK. The AtomX Sync module for the Ninja V and the Neon series will be the first to use the tech. We look forward to seeing what comes out of this partnership.