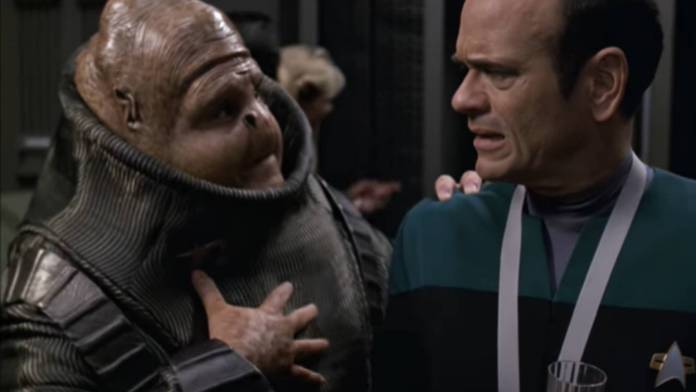 Trekkies have been wishing for the day that Star Trek: Voyager would get an official 4K remaster. Sadly, that seems highly unlikely, at least on the official level, but there’s an unofficial project that’s using AI to remaster the classic.

Billy Reichard, a fan of Star Trek: Voyager, is on a mission to remaster the series in not just HD, but 4K resolution. However, he isn’t in this mission alone. He has the help of a machine learning AI program that’s able to upgrade ‘90s era image quality as much as possible. Though the aspect ratio of the videos isn’t changed, the AI software does an excellent job of boosting the resolution of the show. Take a look for yourself:

The process is time-consuming but rewarding

As you can see, there’s a lot of work that is going into remastering Star Trek: Voyager in 4K. It is highly time-consuming. It takes about six hours to remaster just one episode. The software Reichard is using is both expensive and hard to use.

One of the problems Reichard has to have with the series is its variable frame rates. The clip we shared above demonstrates that. It takes a load of time to resync audio and is likely going to add on to the time it takes Reichard to remaster the entire Star Trek series in 4K, yet he seems determined to do it, and that is inspiring.

Why is an official 4K Star Trek: Voyager unlikely?

Clearly, there is a lot of work that goes into remastering a show like Star Trek: Voyager in 4K. In addition to the audio issues, the effects were shot on video rather than added to film after. So it makes it much harder to upgrade the quality. CBS isn’t likely to spend the time and money remastering the show, but clearly Reichard and his AI software show it is possible. We look forward to seeing Reichard working on this huge project and seeing it until completion.