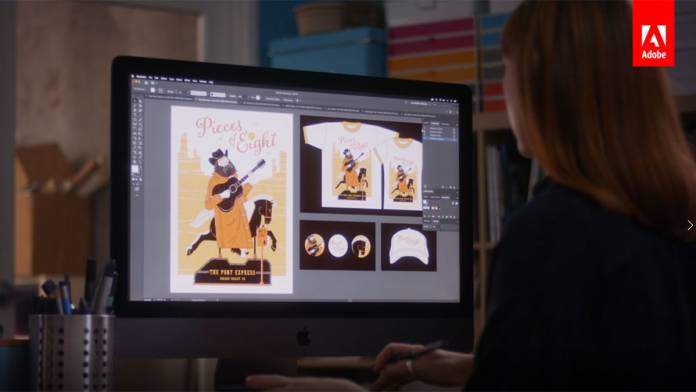 This week at Adobe MAX, Adobe announced new updates that aim to speed up workflows and increase productivity across the entire family of Creative Cloud apps.

“We’re excited to push the frontiers of creativity to make everyone more productive and express their creative vision,” said Scott Belsky, chief product officer and executive vice president, Creative Cloud, Adobe. “Today’s announcements redefine the creative experience for everyone—not only seasoned professionals, but also the next generation of designers, photographers, filmmakers and illustrators.”

At the annual conference, Adobe announced major updates to Lightroom, InDesign and Adobe XD, along with a collection of Adobe Sensei-powered features like the new Object Selection tool in Photoshop and Live Brushes in Fresco.

Adobe is also bringing some familiar tools to new devices. This week marks the official launch of Photoshop for iPad, Photoshop Camera and Adobe Fresco for Windows. We also go a preview of the iPad version of Adobe Illustrator.

Most interesting to filmmakers and video producers, however, Premiere Pro and After Effects are both getting updates as well.

Previewed earlier this year, the latest version of Premiere Pro will include Auto Reframe. The new AI-powered feature allows editors to crop and reframe images without losing track of the action. Thanks to Adobe Sensei, Auto Reframe can automatically analyze footage to intelligently pan and crop according to the desired output aspect ratio. If the tool works as well as they say, this could save editors loads of time, especially as multi-platform, multi-aspect delivery becomes even more common.

After Effects gets a performance boost

Adobe promises “significant performance updates” for the latest version of After Effects. The improvements aim to provide smooth, fluid playback of cached previews, faster Multichannel EXR files and a faster Content-Aware Fill that uses half as much memory.

Premiere Pro and After Effects weren’t the only video apps to get some love this week. Audition, Character Animator and Premiere Rush each got updates as well.

These Adobe updates are available now to Creative Cloud subscribers. Adobe’s mobile apps are available for download from the Apple App Store and Google Play Store.