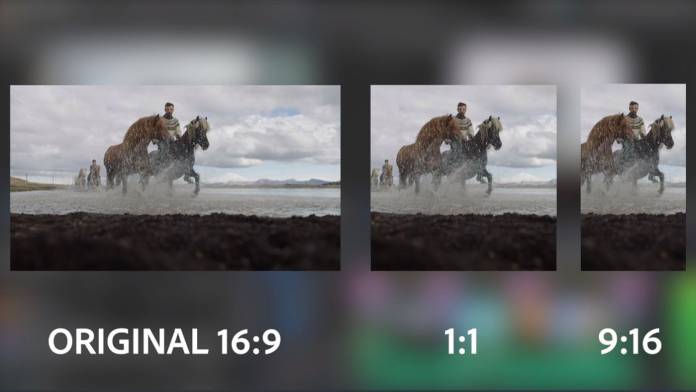 At IBC 2019, Adobe is rolling out a new feature for Premiere Pro. It should help video creators work quicker. That feature is Auto Reframe.

Originally, we saw a preview of this feature at Adobe MAX 2018, then called “Smooth Operator.” The tech behind Auto Reframe uses Adobe Sensei—Adobe’s in-house AI. Auto Reframe essentially reframes video content for different aspect ratios based on where the subject is in the frame. That includes everything from square ratios to cinematic 16:9 ratios.

Similar to Content-Aware Fill for After Effects, this feature is powered by Adobe Sensei tech, which uses AI and machine learning to “accelerate manual production tasks, without sacrificing creative control,” according to Adobe.

Broadcasters and other creators should be able to reframe footage quicker than ever before. Auto Reframe analyzes, crops and pans footage automatically according to what is happening in the footage. That should save creators some time.

Additionally, users can use the feature on individual clips or full sequences.

When is it coming?

Adobe is showing the feature at IBC this year. If you are going, you can check it out there. Otherwise, you can expect to see the feature arriving on Premiere Pro later this year.