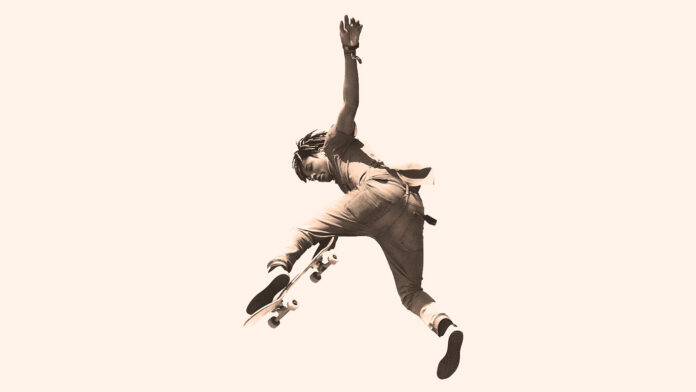 In film and video, a freeze frame is a paused video frame that halts the movement within the video. It essentially converts the moving picture into a still shot for a given period of time. Also, it is helpful to draw attention to a specific point, for a dramatic flair or even for comedic effect. This article will explore a few examples of where films and shows used freezed shots and different scenarios where you can take advantage of the effect.

Freeze frames in cinema and TV

A freeze frame can call attention to a specific action or, better yet, focus the scene on narration for a moment. For example, in the movie, The Wolf of Wall Street, director Martin Scorsese freezes the scene to help introduce the main character, Jordan Belfort.

In this scene, the freeze frame takes us away from a very chaotic situation to let the narrator — Jordan Belfort — introduce himself. If you notice carefully, this scene has two different freeze frames from the exact location. You got a flying man in one shot, and the other frozen on Jordan Belfort. There is a cut between the two shots, but both are freeze frames.

TV show Family Guy parodied another classic way to use a freeze frame. In the scene, Peter Griffin jumps with pure joy because he got to keep a corporate plan, and then the shot freezes momentarily with Peter frozen in the air. However, the shot unfreezes, and Peter is still in the air while everyone else starts moving. They had to call a scientist to help him get down from his frozen state, which is hilarious, but we all know it was the video editor’s fault.

The Matrix (1999) exhibits another exhilarating and quite revolutionary way to use the freeze frame. In the scene, Trinity jumps in the air and kicks a police officer. When she does, the shot freezes, but the camera rotates from the right all the way to the left side. To accomplish this effect, they had to use around 100 still cameras to create the illusion of movement. This is not easy to achieve, but it is good to know amazing things are possible.

What are the prerequisites?

Now that we have an idea of what we can do with the freeze frame, let’s explore a few essential prerequisites to pull it off.The first prerequisite is that the shot should be taken on a tripod. Without using a tripod, merging frozen frames can damage the illusion of the effect because shots may be misaligned. However, this only applies when you freeze scenes and keep pieces of them in one shot. For example, in this scene, you see my dog “Piña Colada” running from left to right. Each time the film adds a paused frame, certain parts are held momentarily to create the illusion of a “ghost” that fell behind. When editing this clip in Premiere Pro, I duplicated the video three times and then scrolled through the timeline to select the frames I wanted. Then I chose “Frame Hold” and deleted the part not needed from the clip. The final result is the “ghost/clone” effect. If I were to shoot this handheld, it would have been challenging and time-consuming to align the background in editing to look the same in each shot. Then there is another fundamental prerequisite.

The second prerequisite is to use high frame rates and high/faster shutter speed for best results. The higher the frame rate and the fastest the shutter speed, the less motion blur will show when you paused the image. For example, in the previous shot of my “Piña Colada” running, I set the shot at 1080p, 120 fps, and 1/8000 shutter. Of course, for this specific shot, I wanted to get as many details as possible from the dog running so I could see smooth movement and get a very cool freeze frame. However, depending on the desired focus you want to achieve with your shot, recording at high frame rates and a fast shutter may not be needed. It is up to you to decide what is best for your scene.

What other instances you can use the effect?

We have already shown a few examples of using freeze frames. However, there are a few other scenarios you can explore, such as:

To extend the shot’s duration to “fix” an editing mistake. This one is a little difficult to pull off, but you can freeze a frame and increase the time of the frame by a few seconds, so it helps you reach a specific sequence time. For example, if you need to deliver a two-minute video, but you only have 1 min 58 secs, you can take one of the clips and freeze frame a clip, extending the time of that clip for an extra two seconds. Be careful editing with this technique because you don’t want your viewers to know you paused the frame. It should look smooth, that it belongs there.

How to freeze your frame while?

The way to freeze a frame varies depending on the editing software. We advise you to search for your specific software instructions on how to do it. For your reference, here is how to freeze frames in Adobe Premiere Pro. Premiere has different freeze frame options, such as using Frame Hold options, freezing a single frame for the entire clip duration or using the Time Remapping technique to freeze a portion of the frame.

The freeze frame is a great video editing technique that helps draw attention to a particular narrative and helps you engage your audience. It is good to use a tripod with high frame rates and a fast shutter speed to make it easier in post-production to achieve the effect. If you are interested in exploring more films that utilize freeze frames, check out the Rocky III ending, Harry Potter and the Prisoner of Azkaban ending, the opening scene of Pulp Fiction and the final freeze frame in Bloodsport.

Making a freeze frame in your video productions is relatively easy and opens you to new possibilities. Go test it out and have fun. 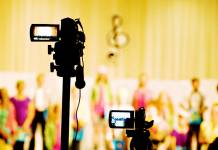 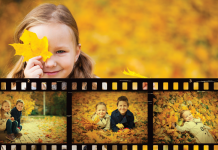