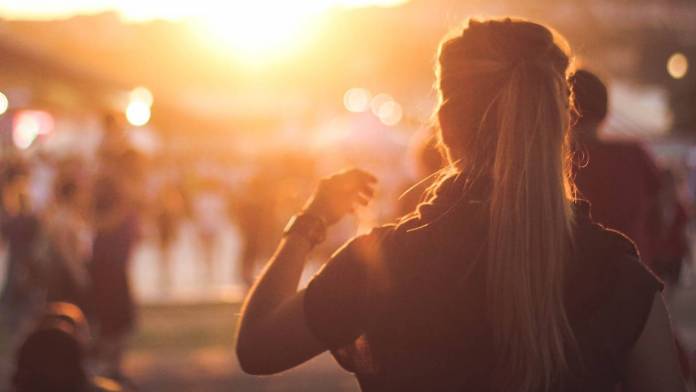 Often described as magical, golden hour is a highly desired time to shoot for many videographers. However, while it might be one of the most beautiful times to shoot, it’s also one of the most difficult times as well.

What is golden hour? Generally speaking, it’s the first hour after sunrise and the last hour before sunset. Essentially, it’s the time of day when the sun is the lowest in the sky, making the shadows it casts soft and the overall color temperature warm. The effect is extremely flattering to human subjects and gives environments a richer hue. Sounds great right? When shot right, it can make a video clip really feel magical. Achieving that magical feel though is easier said than done. There’s a lot that you have to do before, during and long after golden hour to capture its magic. Here’s what you need to do:

Though this time of day is called the golden hour, often the window of time you have to shoot is much less than 60 minutes. In fact, you might have anywhere between 40 minutes to just 25 minutes depending on where you live, the time of year and the weather. You must check what time golden hour is before you schedule when you’re going to shoot. You need to spend the short window of time you have shooting and not setting up.

It’s very important you plan ahead of time. Scout your locations, get your crew together and have all your gear set up and ready to shoot. Every minute you take prepping during golden hour is a minute lost of footage. If you end up not finishing the planned shots, then you’re going to have to try again in another 12 or 24 hours, which will be a huge time waster.

If you have the option to shoot with more than one camera, do it. Shooting with more than one camera will give you more area coverage, ultimately giving you or your editor much more to work with in post-production. If you don’t have extra cameras lying around, you can always rent a few extra for the times you need them. Every extra clip you can get during golden hour the better.

Always walk through the scene with your cast and crew. The Oscar award-winning movie, The Revenant, which was primarily shot entirely during golden hour, spent all day preparing for just 25-minutes of shooting. You don’t have time for retakes. Everyone needs to be on their A-game and know what they’re supposed to be doing. Run through the planned scene multiple times until everyone gets it down.

One issue you can run into when shooting during golden hour is unwanted silhouetting. If your actors are facing against the sun, they will be silhouetted. To avoid this, you can have your actors reposition and face the sun. If you can’t have your actor’s face the sun for shooting positioning, you can bring a reflector to bounce the light where you need it.

During golden hour, light is literally changing at every moment. Your camera’s exposure will need to be adjusted throughout the entire time of shooting to keep everything looking consistent. Always keep an eye on your meter, histogram or whatever you use to check your exposures. You have to be aware of the exposure; otherwise, you’re going to have to spend a lot of time and effort in post fixing it.

It’s also worth noting, you should also be checking your white balance. It will change as well so you have to keep an eye on it to keep it consistent.

If you’re shooting auto, your ISO could get messed up. As we said above, the light is always changing during this time. Most of the time, an ISO of 100 or 200 works fine, but that will change the closer it is to sunrise or sunset. There will be different amounts of light in the sky and entering your camera’s lens. You may need to increase your ISO once the light starts to drop or decrease it as the light starts to rise.

Golden hour looks good because it gives people and landscapes a flattering, natural look. It is very easy to oversaturate and make the clip look digitally corrected. The moment people notice it’s been digitally altered, the magic of golden hour is lost. You can still make the footage look stylized with whatever look you want to go with. However, you have to respect the natural look of golden hour and not overdo it.

Make the most of your time

When footage is captured during golden hour, it really can look like magic. Most of the work that goes into a successful golden hour shoot is the planning. Since there’s only so much time you have to work with, you and your crew have to be ready to hit the record button right when golden hour starts.