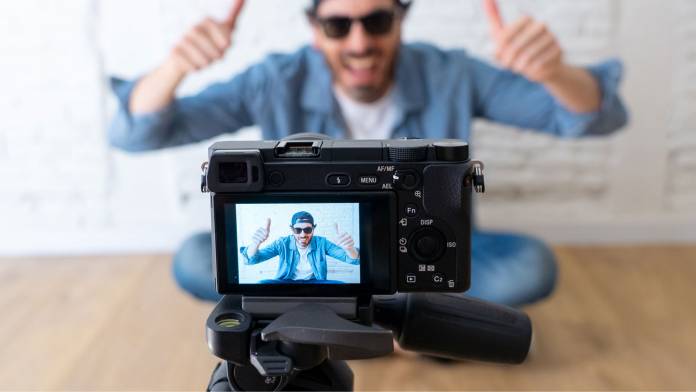 Finding the best camera for vlogging

As I have said (a few times) before, most hammers will drive a nail into wood. Price and quality differ, but it is more about the skill and creativity of the hammer operator than the quality and/or price of the tool itself. Not a perfect analogy, I know. A camera is a slightly more complicated tool than a hammer, so let us investigate which hammer, um, camera is best for your vlogging needs.

Finding the best camera for vlogging is subjective, as a camera greatly depends on what a vlogger needs. I have narrowed my criteria down to ten considerations. I’ve tried to order them from most important to least, though this will vary depending on what type of vlogger and filmmaker you are. Let’s hammer in this nail.

Price is usually where this conversation starts. I have seen experienced vloggers using $230 action cameras like the GoPro Hero7, and I have seen others using a $4,000 mirrorless/low f-stop zoom lens combo. Aside from the camera body and possibly a lens or two, you will most likely need accessories when you buy your first camera. If you have $1,000 to spend, think about getting a $700 or $800 camera so you can afford extra batteries, an external mic, a gimbal, a tripod, a protective UV filter, etc. You want to do a bunch of research.

“There[’s] one thing that you absolutely cannot get wrong in filmmaking, and that is sound.” – Paul Sloop, Short Films Programming Manager – Cleveland International Film Festival

I’m joking, obviously, but the point is, filmmakers usually need a better mic system than the ones imbedded in their cameras.

For vloggers, this may no longer be 100% true. I recently shot several vlogs about long-distant hiking and used my iPhone Xs with the internal mic, and I was mostly happy with the results. In addition, the popular Sony ZV-1 (MSRP $798.00) is designed specifically for vloggers with its forward-directional microphone, which comes with a dedicated windscreen. But, for most cameras, you’ll need an external mic plugged into the camera’s 3.5mm audio jack or a separate sound set-up altogether. There are a host of shotgun mics perfectly suited for the vlogging community, with Rode being a heavy hitter in the field with their $60 Rode Micro and their $338 Rode VideoMic +. Other options include lavaliere or lapel mics made by companies such as Shure and Sennheiser and Condenser or “desktop” mics made by companies such as Blue and Audio-Technica. Read more about mics here.

Vloggers are usually the onscreen talent as well as the cinematographer. Therefore, not only does the lens need to be on the vlogger, but the vlogger needs to see the LCD screen to frame themselves correctly. If you’ve taken a selfie, then you know what I’m talking about. The flip-out or articulating (from a joint) LCD screen makes that possible. Keep in mind that screen sizes vary greatly. The DJI Osmo Pocket (MSRP $349.00) has a tiny 1-inch integrated touch screen (though a cell phone can be attached to act as a live view screen) while the iPhone 11 (MSRP $699.00) has a 6.1”, high-resolution display. Keep in mind that if the camera’s LCD screen articulates ‘up’ as opposed to the side, it may interfere with an external mic mounted to the camera’s hot shoe. Many LCDs are touch screens. Some vloggers love them, others, not so much. Test your camera before buying to see what works best for you.

I am aware that television shows such as The Office brought “shaky cam” into fashion, but trust me when I say those cinematographers use skill and technique to bring that effect to the screen. Your handheld, shaky camera work might not be so welcome. The most obvious fix is to lock your camera down by using a tripod or other support systems. Otherwise, if your subject matter or artistic style requires you to move, consider cameras or lens which come with stabilization. As with most everything filmmaking, optical is better than digital. And a third option is to use a gimbal. Read more about camera stabilizers here.

Vloggers have a lot to think about and control while shooting: script, framing, lighting, shot composition, background, etc. Many, but not all, video cameras have autofocus capabilities, and a few have face recognition/tracking, making autofocus even better. As a cinematographer who’s usually behind the camera, I’m not as concerned about autofocus and face recognition, but it’s priceless when I’m vlogging. Videomaker Plus Members can check out this video on autofocus.

Vloggers are usually a crew of one. For most video bloggers, dialog and emotion are more important than all the other technical considerations in their filmmaking process. For most, but not for everyone. So how complicated – or to put it another way – how much control do you want over your end product? The answer to this question may dictate which type of camera you choose: DSLR, mirrorless, point and shoot, cell phone, action camera or other? I’ve seen successful vloggers use each of these to produce excellent videos. But DSLRs and mirrorless cameras will have a steeper learning curve, where point and shoots and action cameras are usually more straightforward but come with more limitations. Know your comfort level and limitations, and know you can always learn a more technical tool in later episodes of your vlog.

Vloggers will often have their camera at arms-length, no more than two feet from their charming eyes. Even vloggers who use tripods tend to keep it close. That necessitates a wide-angle lens. As far as your face is concerned – excuse the pun – you’ll be wanting a lens in the 15mm – 25mm range. You might be able to push it to 35mm, but that would be the limit for your primary lens. If you’re a travel vlogger or similar, you’ll probably need another lens or a zoom to extend your focal length, but start with 15mm – 25mm. Which f/stop is best? As a general rule, keep your f-stop below five. A lower f-stop will give you better lower light abilities and can give you better Bokeh, that pleasing out-of-focus blur behind your subject. Learn more about lenses here.

720p, 1080p/2K, UHD, 4K, 8K… 16K. How much resolution do you need? Most vlogs live online. Have you heard of YouTube? 720p is a decent resolution for YouTube, but you’ll need 1080p if you want the “HD” designation. For YouTube, anything above 1080p (2k or 2048×1080 pixels) – as of typing – is overkill. Perhaps your aspirations go beyond the Internet. Is your content worthy of film festivals or even public television, or do you want to ‘future-proof’ your footage as video resolution seems to climb continually? Generally speaking, the higher the resolution, the more expensive the camera. Samsung Galaxy S20 shoots 8K video (7680 × 4320), and Sharp unveiled an 8K point and shoot at CES in 2020. Akin and relating to resolution is the frame rate—24fps, 30fps, 60fps, 120fps and beyond. A higher frame rate equals better quality slow-motion. But you’ll need a few things to deal with these higher frame rates beyond the camera’s ability: fast memory cards, fast, high-quality hard drives to store video footage, a computer with enough memory to handle video editing and software to deal with the high frame rates. More about frame rates here.

Battery capacity in today’s cameras varies greatly. Most cameras, beyond cell phones, have changeable batteries and depending on your camera’s battery life, you may need up to eight batteries to get you through a single day. Some cameras can do a busy eight hour day with one or two batteries. Make sure your budget for a camera includes extra batteries and maybe even a second charger.

We didn’t cover every consideration when buying a new camera, but we covered the main ones for vloggers. We didn’t touch on sensor size, lens compatibility, megapixel count, Wifi abilities, tactile control vs. menus, shooting log-format, and so much more. But these ten tips should get you started on your vlogging adventures. 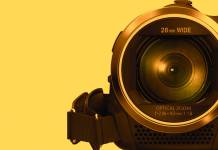