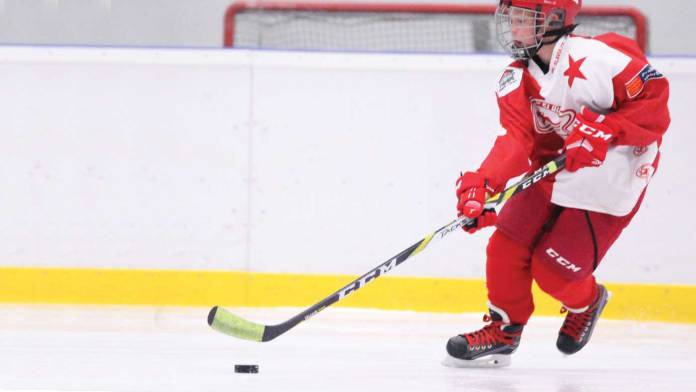 If I were to speak with my former cable coordinator regarding best shooting practices for sporting events, I might be cheating. So, instead of speaking only to camera operators, I’ll take a more novel approach.

Without further ado, I would like to begin with the fact that, long before my days of local City Government Cable volunteering, I was working for one of my managers at a fast food restaurant, shooting ice hockey games for pay outside of my normal working hours.

What a joy this was. It also brought about the realization that we, as camera operators, can actually be empowered to shoot video for money. Through this experience, I learned quite a few lessons about shooting sporting events. These tips apply whether you’re shooting for the end-purpose of airing on the local networks, or selling copies of the productions to parents.

Suffice it to say that parents want to see their children playing more than anything. Yet, best shooting practices involve more than negotiating skills. More importantly, and more specifically, good sports video shooting requires the ability to simply follow the puck, ball or star player.

I have a son who plays ice hockey. On occasion, imagining myself and my eyes as the camera, I enjoy following the puck — especially when he takes control of it. My former cable coordinator really saw the talent in me when I simply followed the puck with the camera. Of course, part of this is allowing a little nose room ahead of the puck and anticipating where it might travel on hard ice.

Long gone are the days of VHS video production. However, at that time, I’d already invested in a Panasonic VHS video camera. I shot ice hockey games under my own package deal agreement. Even with this outdated gear, I had the wherewithal to realize that the simple rule was that I was to follow the action. Thus, I’d follow the puck in the case of ice hockey — and would anticipate what might happen next.

The subject of nose room is often referenced when it comes to shooting interviews. For example, in broadcast media arts, whatever direction the interviewee is facing, we are to allow ample space in front of the face. Positioning the face too close to the edge of the frame makes the frame feel crowded and unnatural. This also applies to the art of creatively shooting sporting events.

As a camera operator, what is key in best shooting practices for sporting events? It’s not just following the action with nose room. Effectively capturing any sporting event also requires good communication and awareness of the game. The spirit of teamwork must also be captured, along with the names and colors and numbers of the players. You also have to get that guy or gal in the penalty box — but not for too long.

Often, capturing an entire sporting event requires multiple cameras. If you’re participating in such a shoot, watch it as the director anticipates his or her next shot. You may be the next one to pull your viewpoint quickly out of the box and back onto the ice, court or field for that next winning shot.

Remember to pull out, pan or tilt according to what you think is going to happen. More importantly, be ready for anything. Always listen to the announcer as well. Your headset (if you’re using one) shouldn’t just be “airing” the directions of your director into your ears, but the announcer or announcers as well.

Finally, don’t be afraid to test out your equipment, including all those new buttons, bells and whistles. This should happen prior to the game, of course, so that we’re not detracting from the game with small, unnecessary emergencies. We should know our cameras like the backs of our hands.

In the end, it’s all about choreography and practice. Camera work is one of the most important and satisfactory aspects of video production on any shoot. Most production team members are raising their hands quickly to try to get on that camera first. Few would rather run the audio board or maneuver the pots for video control back in the production truck.

In the end, when you’re fortunate enough to finally operate the camera, make it work for you. Work collaboratively with your fellow camera people. The magic really happens when you, out of sheer reflex and talent, capture the puck being tossed and turned, eventually right into the goal net, or that star player showing off with all he or she has got. Action!