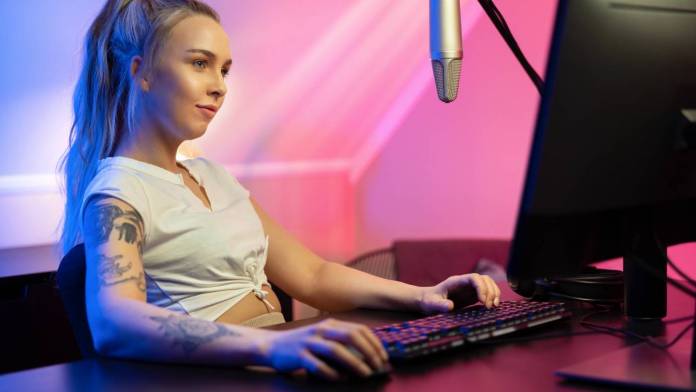 There are a lot of reasons why you might want to start a stream. In 2021, it’s a dream for many to make a living off streaming. Many businesses also use livestreaming as a way to connect with their customers. No matter the reason, livestreaming is an endeavor that’s going to take some financial investment. To livestream, you need to have equipment capable of pulling off a stream. There’s no getting around it. However, there’s a lot of gear out there for a variety of budgets.

You don’t need to get expensive equipment to start streaming. Many big-many streamers use a simple, affordable setup. MoistCr1TiKaL, aka Charles White, uses a simple streaming setup. This is fine because it works for him and the kind of content he makes. The equipment you need will depend on the kind of content you want to make. A LetsPlay streamer has different needs than a just chatting vlogger.

Here’s the essential equipment you need to start streaming.

For many just starting out, streaming with your phone’s camera is acceptable. Most smartphones today have a 12-megapixel camera. While it’s not going to capture the highest quality video, it’s a good option if a dedicated camera is out of budget. It’s a cost-effective way to start streaming immediately since most people have a smartphone.

Webcams are a step up from smartphone cameras. There are many affordable webcams with great image quality. Both Ninja and xQc use the Logitech Brio Ultra HD. This professional webcam captures movement in 4K vans has a 5X zoom option, allowing you to capture facial expressions and reactions. It’s also affordable with a price. 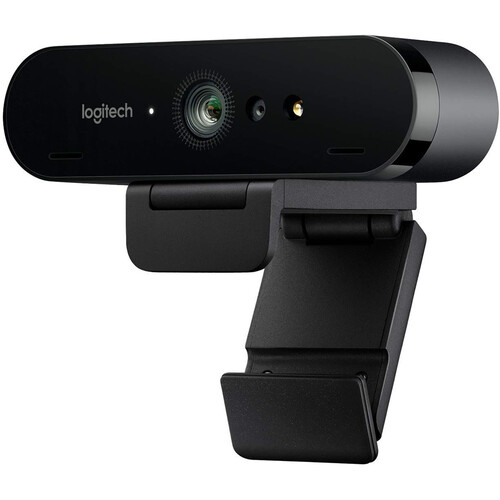 If you want to have professional-level video quality for your stream, invest in a dedicated mirrorless or DSLR camera. For online video, the Fujifilm X-T4 is a great option; it shoots 10-Bit 4:2:2 DCI 4K video and offers a long battery life. So for long streams, the camera lasts longer than other comparable cameras. The Canon M50 is the budget equivalent to the X-TA. It shoots 4K video at 24fps and also has long battery life. The Panasonic Lumix S5 and Sony a6400 are also great options. They’re both strong all-around cameras capable of shooting impressive video quality. 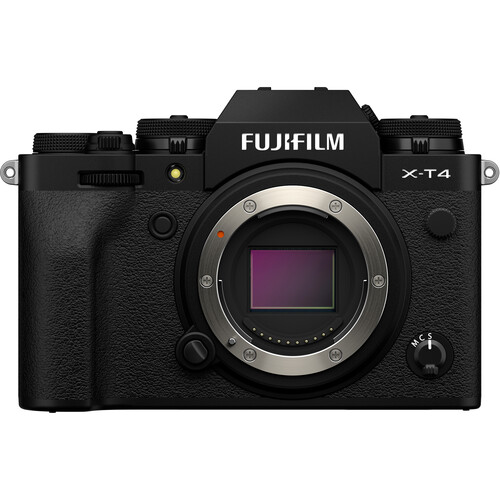 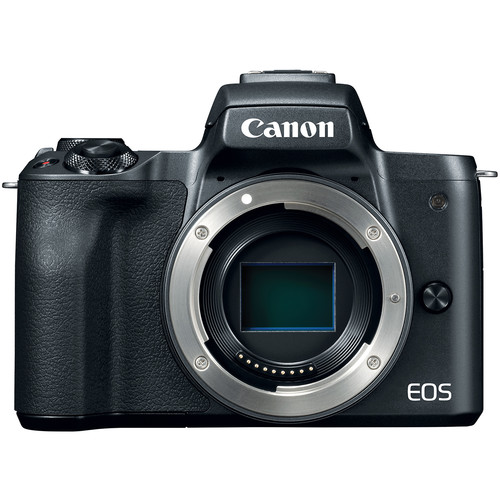 In many aspects, lighting is more important than the camera you use. If there’s not an adequate amount of light for your camera to pick up, your image will be too dark for your audience to see. Lighting is an essential element to your stream’s overall image quality.

If you can stream during the day near a window, do so. Natural light from the sun softly lights your face and looks natural thanks to its daylight color temperature. If you can’t livestream during the day, you need to invest in some artificial lights. You need to have a key and fill light. Softboxes are good options for both because they cast a soft, pleasant light. Ring lights are also a popular light amongst streamers. Ring lights are small enough to fit onto a desk and light your face with a soft, pleasing light similar to softboxes. You might also need additional light sources in your background, like colored LED strips.

Check out our lighting buyer’s guide for light recommendations.

Look for a desktop or laptop with these specs

For non-gaming streamers, your phone or a dedicated livestream system is enough if you have a reliable internet connection. The thing is though, desktops and laptops over so much more flexibility. Smartphones have limitations and make it hard to get creative with your stream. For a-list game streamers, using a smartphone is a non-option. They need desktops and laptops.

Twitch recommends its streamers to have a computer with at least an Intel Core i5-4670 processor, 8 GB of RAM, and Windows 7. If you’re planning to stream games, get a graphics card that supports DirectX 10 and up. Desktop computers usually offer more power than laptops, so if you can stream on a desktop, do it. However, laptops with the right specs can handle streams and save you a few bucks. Both desktops and laptops work for streaming. Desktops are more suited for streaming a-lister games, but gaming laptops can handle their own. If you have the means, you might consider using two monitors if you’re streaming games on a desktop: one monitor for the game and the other for monitoring the stream.

For those who love to game, both the Asus ROG Strix GL12 desktop and the Acer Predator Triton 500 are solid options for streaming. 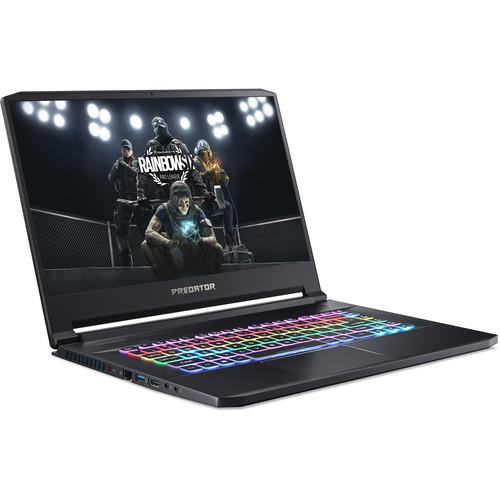 Audio is another essential element of your stream. Livestream audiences are always quick to point out when a streamer’s audio sounds off. Your audience needs to be able to hear you. It also needs to be good enough to where the audio isn’t distracting your audience from the content. If you’re streaming on your phone, its microphone is likely good enough. There are also budget-friendly professional mics you can use for a more traditional stream setup. The Røde VideoMic NTG is a little more expensive than the average mic, but it’s a great mic for livestreaming. Another popular choice is the $129 Blue Yeti. It’s a USB mic and one of the most widely used mics out there. 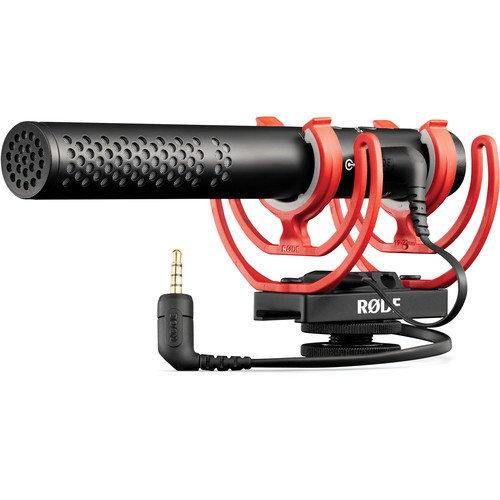 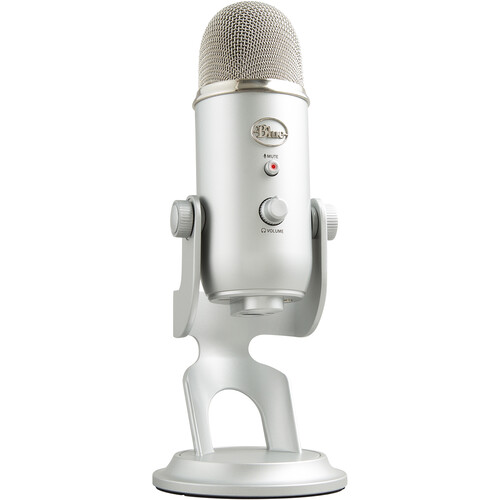 Encoders convert large video files from your camera into files fitted for streaming on platforms like Twitch and YouTube. With a compression and decompression process, encoders convert your camera’s video files into codecs like H.264, which is typically the standard for streaming platforms. There are both software and hardware encoders available. Software encoders run on your computer or laptop. Usually, they’re not too hard to use and adjust; this makes them great for streamers just starting. Streamlabs OBS is a popular software encoder because of its streamlined interface and it’s free to use. However, compared to hardware encoders, software encoders can run slower depending on how hard your computer is working to keep the stream going. Professional broadcasting major productions often use hardware encoders. They need to have a dedicated processor to encode the data they’re streaming. Cost-wise, many of them cross into the thousands. There are a few options out there that are more budget-friendly, but most of them are expensive.

We recommend starting with Streamlabs OBS since it’s free to use and a great software encoder. Though it has its limitations, for the average streamer, it’s a good option.

Switchers capture multiple videos and audio inputs and switch between them during livestreams. For larger, multi-camera streams, they’re a must. If you’re just streaming yourself with one camera, they’re optional and you can likely get by without one. However, they do make streams look higher in production and allow you to seamlessly switch between inputs. For instance, you can use a switcher to transition into your gaming live feed with a graphics transition you designed.

As far as recommendations go, the $295 Blackmagic ATEM Mini Pro is a killer switcher that allows for direct streaming through its Ethernet connection. It can switch and stream up to four HDMI inputs to Twitch, YouTube and Facebook. If you don’t need stream encoding capability, the ATEM Mini is a great option. 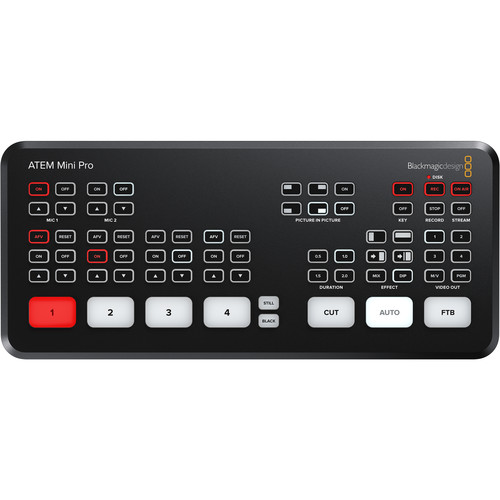 We all have to start somewhere

For many of you, a lot of the streaming equipment listed here will be out of your budget. Know that’s completely okay. Every stream, even the ones with millions of followers and a ton of subs, had to start somewhere. A lot of them didn’t have the cash to have the setups they have now. Livestreaming isn’t a sprint; it’s a marathon. Start small and as you start earning money from your stream, you can start investing the money back into your setup. If you want to start streaming now, do it. There’s no better time than now.

For more guidance on livestreaming equipment, look over our streaming gear buyer’s guide.