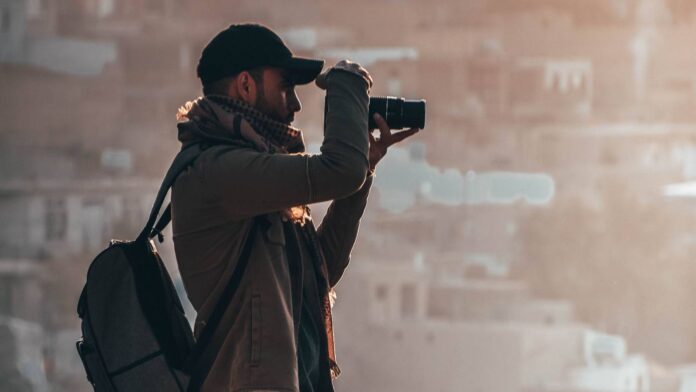 What is a location scout?

Are you someone who knows your town and its features intimately? Perhaps you have lived there for decades, so you know every nook and cranny, every deserted drive-in theater, every funky museum and every haunted mansion. You enjoy variety and a career that takes you somewhere new every day, meeting interesting people along the way. You are good at communicating, following up and are a master of details. Congratulations, you’re the entrepreneur any production coordinator would love to contract as a local location scout.

What are the duties of a location scout?

The location scout is one of the first people hired for a video production. They are the one who brings the director’s location wish list to fruition. Served by memory, location scouts present a list of general locations to the director as a starting point. Preferably, these locations will be near each other for logistical and budgetary reasons. The number of “must-have” locations involved in the script will dictate the number of shooting days there will be.

Once the director selects potential locations and shooting dates, it’s the location scout’s job to travel to those locations, take photos and video clips of the locations, discover flooring or acreage dimensions (blueprints, maps and Google satellite all come in handy) and troubleshoot potential problems. The location scout will consider things like: Where will the grip truck park? If it’s a larger production, where would the honey wagons and porta-potties go? Where to set up Craft Services? What restaurants are nearby? Where is the nearest hospital? Is there Internet Wi-Fi? Where are the electrical outlets? Where would the power come from for an outdoor shoot?

There are other details the location scout will need to provide, such as the direction of the sun, and the time of sunrise and sunset, especially in an outdoor shoot. During that season, where will the sun course across the sky? What’s the weather outlook? Could there be rain? Where is the airport in proximity to the chosen location? Will there be jets blasting through the sky during sensitive scenes? How often? What about garbage trucks? Traffic? Will there be gardeners with leaf blowers whom you may have to bribe? Are there any other potential conflicts that could affect audio or video quality?

On the day of the shoot, the production’s location scout will have to scout the location again. A location scouted on a Sunday evening could be a whole different animal early next Monday or the following Friday.
We learned this the hard way when prepping for a VA shoot. We were gearing up for the new Chula Vista VA clinic grand opening set for a Wednesday morning. One of the camera ops volunteered to scout out the location but did it on a quiet Saturday evening. Everything was different on that Wednesday morning, with endless streams of traffic flowing in front of the clinic where the Chief Physician cut the ribbon and gave an opening speech. There were harsh shadows on the building, and construction, complete with jackhammers, had commenced a block away just as we turned on the camera. The script had called for the doctor to deliver his entire speech with descriptions of the new clinic outdoors. We needed to pivot and have the doctor give his speech inside due to the constant noise outside.

What steps must you take to become a location scout?

On his career in location scouting, David Occhino, who scouted locations for “The Sopranos,” said, “It’s very fun. It’s like getting to go on a field trip every time. You meet a lot of different people. You see a lot of beautiful places. The Locations Department is like the liaison to the real world for the crew.”

Consider location scouting as a hat you can wear in the video production world; it’s better to be a Jack or Jane of all trades than to choose one solo activity that may or may not bring you work. I go out on gigs as a teleprompter operator, camera operator, audio mixer or photographer. My husband, Mark, operates as a director of photography, lighting director and location scout.

We have noticed that a Videographer can make a great Location Scout, and vice versa, because when you shoot photos or video, you have to know how to frame the shot. As a location scout, you are the eyes, ears and nose of the director. The photos you take on-site at potential locations will turn out to be the core of what the crew constructs the production around. Those photos can also serve as before shots and the crew can refer to them when wrapping, so the location is left as if no one was ever there.

From my own personal experience, being a location scout is a job that requires skills that are hard to come by in film school. While I wouldn’t discount film school, there are a lot of skills a location scout learns on the job. The way video crew get their foot in the door now in most video categories (sound technician, grip, gaffer, camera operator, etc.) is by volunteering to help out on a video production. Assist as a PA who grabs coffee and donuts for the cast and crew, takes notes, drives talent from airport to production location and performs other light work. Move up the ladder as a grip who loads gear in and out, sets up C-stands and positions lighting.

Use your creativity and curiosity to meet others on the set who may know someone who knows someone who may need your help. Video production is a nepotistic business. Make yourself useful and be proactive on-set, and producers and directors will take notice. In this round-about way, you can mention that you are interested in location scouting. Be vulnerable and ask for people’s help because people want to help you.

There are other ways to get the word out, via social media, a business website, listings in online directories, etc. Once you make your intentions and desires known to your friends, family and the universe, then the universe moves to help you succeed.

What professional opportunities are there for a location scout?

Corporate video, while not necessarily as sexy as the movies, television or commercials, has generated the most “bread and butter” over the years for my husband and I. We have seen studios and crew members shun corporate work, opting for theatrical or broadcast work instead, and then go out of business because they could not generate enough income. We had one really stellar gig with a client who needed multiple locations around San Diego. Their specifications were a large brick interior, a seedy basketball court with graffiti, a skateboard park and a beach. Mark secured all these spaces along with location releases from property owners. The client was pleased, as these locations were rather obscure and hadn’t been featured or seen in other videos. That is also something of a coup for a location scout — to go where no person has filmed before.

When asked what his favorite location scouting gig is, Director of Photography Mark Schulze said, “My favorite assignment is finding outdoor locations. Especially in natural areas where we ride our mountain bikes. Sometimes, that’s exactly what the client is looking for. We know the San Diego and Los Angeles wilderness areas better than anyone. Because we’ve been riding them for 35 years.”

And so I leave you with this. The Earth is big. Start in your own little corner of it and expand from there. You may become so proficient at your craft that you can figure out how to location scout in places beyond your hometown. So go forth and prosper in your chosen field, whether it’s location scouting or not, and enjoy the ride.