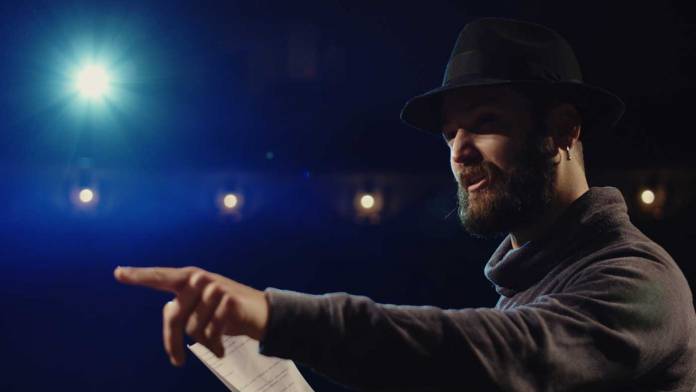 The screenplay is the backbone of a movie. It is the written version of a film, and it’s what everyone on set is working together to bring to life.

For many, writing dialogue can be the most daunting part of screenwriting. When you have an idea for a movie you have a story in mind, you’re thinking about what happens and how it happens. But when it comes time to write the script, it’s incredibly easy to trip up over what the characters actually say to each other.

This article is aimed at helping people who are working on scripted cinematic projects to write natural dialogue.

While there is no formula for dialogue, there are key principles to keep in mind that will help. None of them are hard and fast rules, but they tend to steer you in the right direction.

Dialogue is the icing on the cake, not the cake itself:

Film is primarily a visual medium, and your story needs to be told visually first and foremost.  Keep in mind there were great masterpieces of film made during the silent era. So if dialogue isn’t necessary to make a movie, why do we use it? Dialogue is one of many tools used by filmmakers and it is particularly adept at demonstrating how characters relate to one another as well as driving the plot forward.

Dialogue should be motivated by character:

Ultimately, dialogue is tied deeply to the character that says it. For the most part, you shouldn’t be able to switch which character says what without reworking a line. Each character is an individual and says things in their own way, based on their background and experiences. In writing your screenplay, you’ll need a solid understanding of who each of your main characters are and what they want. Each character should each be clearly differentiated and distinct.

Every compelling scene is about someone who wants something negotiating an obstacle in their way. This is the root of dramatic conflict and it is why we enjoy stories. It’s this conflict that should propel your dialogue: who your character is, what they want, and what happens if they don’t get it. If you try to keep your dialogue focused on these things, you’re on the right track.

It’s important to understand how people speak in real life and note that screen dialogue isn’t the same. In real life, people start and stop trains of thought, they use lots of filler words — ‘uhh, umm… etc’, — people get sidetracked and go on tangents.  Some of these real speech patterns don’t work well for narrative film. Even though it’s “realistic” having someone start and stop a thought, or throw an ‘um’ in-between every few words, doing so is going to slow down the pace of your film; it lets the wind out of the sails. That is to say, it deflates the dramatic tension that you’re building. There are some occasions when these speech patterns can be used intentionally for dramatic purposes, but for the most part, it’s better to avoid them.  Screen dialogue is analogous to real speech, but it is slightly cleaned up for dramatic purposes.

You want your dialogue to flow. To feel like it’s natural. To develop a rhythm or a cadence. The important part is clarity. The audience should know what your character is saying, regardless of the words they use to say it.

These are general guidelines of some of the things you want to avoid in writing dialogue. There are exceptions to every rule, and if breaking one of these guidelines helps further your story or deepens the audience’s understanding of a character, then by all means, disregard. But for the most part, it will help if you can avoid the following:

When a character says exactly what they’re thinking, it’s called ‘on-the-nose’ dialogue. In real life, people don’t often plainly state what they feel. They use subtlety, they cover their real feelings with a layer of ‘socially acceptable’, or they misdirect. When dialogue is on-the-nose it often feels contrived.

This is when a character explains the plot or the mechanics of the story. It’s tempting to use dialogue to literally tell the audience what is happening, but it comes off as clumsy and unnatural. Sometimes it’s just unavoidable, but you should take all measures to minimize exposition in your dialogue.

Writing a well-developed screenplay is largely a process of revision. Too often new writers feel that when they reach ‘Fade Out’, their job is done. This is when seasoned writers begin the next phase of the process: revision. Don’t shy away from rewriting your work. Professional screenwriters often do a dozen or more drafts of a script before it’s ready to be shot.

Professional screenwriters often do a dozen or more drafts of a script before it’s ready to be shot.

The first draft of a project is also known as the ‘vomit draft’, the idea being that you just vomit all the ideas up onto the page, without holding anything back. Get it out, write it down, it’s ok if it’s bad; the revision process is when you will begin shaping it into something great. It’s easy to get caught up in self-editing: constantly going back and tweaking your words to get them just right, but this is a trap that will lead you to never finishing the thing. Write a vomit draft, then come back and revise!

Once you finish your vomit draft, it’s good to set the script aside for a few weeks and not look at it. This gives your brain a rest. When you come back to the screenplay, you can look at it with fresh eyes. You’ll begin noticing things that you thought were amazing now don’t seem to be working.

After you’ve taken some time away, come back and do a second draft. This will be where you start making sense of the vomit draft. Cut the parts that aren’t essential to telling the story and begin reworking dialogue that wasn’t landing, making sure every line is having an impact by driving the story or revealing character.

After you’ve done a few drafts of your script and its in a place you feel good about, it’s time to get feedback from people you trust. One way to find people to read your work is to have a writer’s group — a few friends who will read and critique each other’s work. The feedback you get is known as ‘getting notes’, and it lets you see what is working and what isn’t. Find out if people understand who your characters are and what they want. Get a sense if the dialogue is compelling and if each character has their own voice? It’s important to be open to critique. Armed with fresh feedback from trusted sources, it’s time for another draft!

After you’ve incorporated a few rounds of notes and drafts, you begin to feel confident in the script. Now comes the next type of feedback: a Table Read.  This means having a group of people read your script aloud. It’s good to have enough people to cover the major characters with little overlap; it’s also useful to have someone else read dialogue. If possible, the writer should not read at all, and instead sit back and listen to how the words sound coming out of real people’s mouths. If you have access to actors for this, it can be useful. Table reads will help your script come to life and will reveal even more parts to revise!

The final step of revisions comes with rehearsals and the actual actors who will be performing for your film. When they rehearse, actors might find that certain words don’t flow well for them, and they may want to make minor adjustments to the dialogue. Although some screenwriters are opposed to letting actors make changes, I think that it’s helpful to allow it within reason. If a sentence is clunky, letting the actor find another way to get the same point across but feels more natural will likely help you get better performances.

Screenwriting is a cornerstone of filmmaking and dialogue is one of the main elements of the screenplay. At first, it can be overwhelming to put words into the mouths of characters, but with these guidelines, you’re set to take a crack at it.  Like all parts of filmmaking, the more you do it, the better you’ll get. Just remember to keep your dialogue rooted in character and focused on driving the story forward.