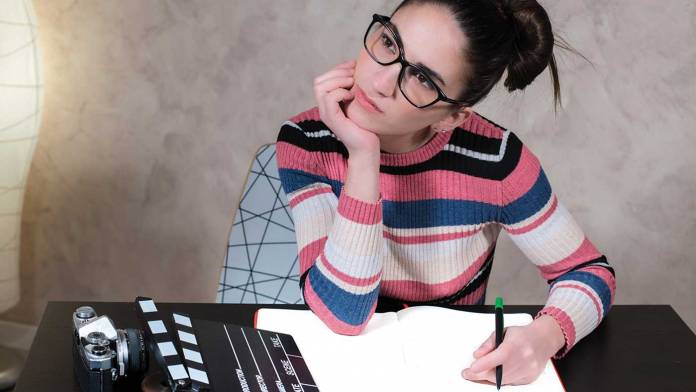 A short film, at first glance, looks a lot like a feature film — it’s just … shorter, right? It’s true: Both narrative short films and narrative feature films aim for a cinematic aesthetic. They are well planned and painstakingly executed. They both rely on dedicated cast and crew, and a director with a clear vision. And they’re both based on a script.

However, despite these similarities, there are some key differences between these two formats. While the technical side — shooting, lighting, audio — of producing a short film matches up with the feature film production process, there are big differences when it comes to scripting and storytelling. Let’s take a look at some best practices specific to short film writing.

Short films require a clear focus. The feature film format can support sprawling epics with twisting plots and subplots, but short films are more about capturing a specific moment — there is a lot left unsaid in a short film. You can’t expect to be able to compact a full feature length narrative into a short film format. The plot of your short film, therefore, should be simple and to the point.

Keeping your plot simple will also lead to a more efficient production process overall. If your short film script is easy to produce, you will have more time to carefully compose every shot and do multiple takes to get just the right performance from your actor. In the end, a simple story told well will have a much stronger impact on your audience than a more elaborate story messily crammed into a 5-minute short.

Focus on one character

As you write, focus on a single character. Adding too many side characters and subplots will just make your short more confusing and take away from the film’s narrative impact. In short films, we hope to find the bare kernel of the character’s story. This is not a condensed version of a feature; it’s a single moment that encapsulates something important about their life or identity.

In short films, we hope to find the bare kernel of the character’s story.

Limiting your story to focus on one main character is also more practical for low or no-budget productions. Logistically, keeping the cast small means fewer people to pay and feed and fewer schedules to match up during production.

Plan for a small crew

Likewise, the production process will be easier if you plan for a small crew. If you’re an independent filmmaker working on short film, you’re not likely to have a huge budget for production. To increase the chances of actually completing your film and making it something you can be proud of, think about your budget as you write. Assume you’ll be working with a skeleton crew, often one with limited filmmaking experience. Know what’s possible and what’s practical for you and your crew when planning any stunts or special effects. A script that’s easier to produce will make working with a smaller crew more feasible.

Finally, don’t overload your short film script with different settings. Keep your story in one or two locations if possible. This will cut down on travel time and scheduling, helping you get more done in less time.

You’ll also want to make sure you can get access to the locations planned in your script. If a crucial scene takes place in a grocery store, don’t assume they will let you show up and start shooting. Either secure the location before the script is finalized or be prepared with an alternative location. Better yet, plan for the scene to take place in a location you know you have access to.

These tips focus on limiting the scope of your story and evaluating what will be feasible during production. It may seem like following this advice will hobble your creativity and lead you to tell boring stories. However, the opposite is actually true.

Distilling your short film script down to its key components will make your story stronger and your film more compelling. Focus on just one character and a single storyline, and you’ll be on your way to crafting a short film script that is both more impactful and easier to produce. 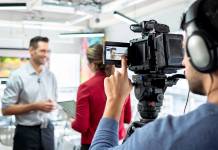