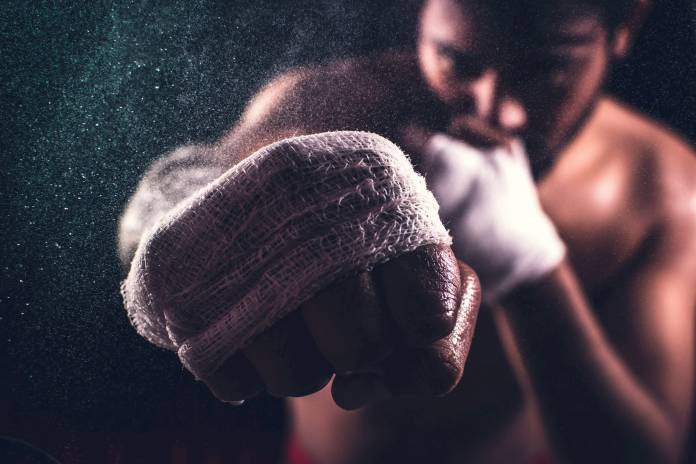 Fight scenes add excitement to virtually every story. However, making them dynamic storytelling devices isn’t as simple as positioning the camera and having your actors duke it out. Proper fight choreography is crucial. If you want to make believable fight scenes that engage audiences, you’ll need some help.

In the fight from the beginning

If you want your action scenes to thrive, you’ll have to start planning them out during the earliest stages of pre-production. Even before you get to the choreography stage, there are a number of decisions to make:

Choose your style – The type of fighting in your project will depend on the story. So, you’ll have to decide on a sub-genre early. From street brawling to MMA to the more fluid Martial Arts masters–you need to ensure the fighting style you’re using matches the tone of the story. After all, a story about a small-time brawler trying to make it into the professional circuit probably wouldn’t make sense with Matrix-style fight scenes.

Finding people – Settling on one style of fighting will aid your search for a choreographer as well as casting. You’ll want to pick someone who’s proficient in that specific style to give your fights the authenticity they need.

While big-budget films have the luxury of training actors and planning fight choreography for months before shooting, a smaller-budget project might not. So, it may be better to find actors who already have extensive training.

Location – The setting of a fight scene dramatically impacts your planning and choreography. Even something as simple as a back alley fight brings a number of factors to consider. Will characters make use of dumpsters, utility poles, or other elements typically found in an alley? Are there objects (pipes, broken bottles, trash cans, etc) that could be used as weapons? The answers to these questions factor not only into the choreography but also the props you’ll need on set.

Who’s involved – Part of breaking down your script is noting who’ll be required on set in front of, and behind, the camera. Even small fight scenes warrant having stunt safety experts around. Any martial artist will tell you accidents happen, no matter a person’s skill level. As such, you’ll want to make sure you have the necessary team members on the set.

The outcome – Beyond knowing who wins (based on the script), you need to consider the secondary repercussions. If characters are injured during the fight, it could affect them later in the story, or in future battles. Similarly, if key props are destroyed during the fight you’ll want to ensure continuity in the story beyond that point.

By and large, you’ll want to leave the specifics of a fight to your choreographer. However, there are four basic principles to be aware of: blocking, flow, variation and continuity. Each element works together to create a fight that will (hopefully) be engaging to audiences, no matter how many times they watch.

When thinking about the choreography of your fight scene, variation is crucial. You don’t want repetitive fight scenes that will only bore viewers. Flow, sets the pacing and ensures a continuous battle. Fights that stop and start after just a couple moves lack tension and feel noticeably off to viewers. Imagine your fight scene like waves in the ocean. There will be troughs (slowing down for dialog), but fights should continually build and increase in intensity before cresting.

Continuity in choreography isn’t just about ensuring the punches and kicks follow one another from shot to shot. You’ll also need to prevent any disconnect between important actions. Say one character picks up a weapon but, a few attacks later, they inexplicably drop it. This doesn’t make sense and, without some sort of continuity explanation, it will only confuse audiences.

As you wrap up your choreography and inch closer to filming your fight scene, a whole new set of elements need to be considered. There’s a lot to think about and it helps to have some working knowledge about the style of fighting you’ll be filming. So, taking a few basic lessons from your choreographer will help you in figuring out how to film it all. You’ll need to go into your shoot as prepared as possible. Here are a few ways to make your life easier:

Practice, practice and more practice – Actors will need to rehearse fight scenes as much as possible. As you get closer to the shoot date, do rehearsals with the camera, lighting and crew members in place. When possible, run rehearsals in costume to prepare the actors for filming conditions.

Break it into segments – No matter how long or short the fight scene is, it’s a good idea to have built-in “breaks.” This helps keep your actors from wearing out doing multiple takes. Imagine having to do an unbroken five-minute fight over and over again. Segments give you the chance to change up the shoot and double-check continuity. It will also aid with filming inserts and cutaways for later.

A clear shot list – Crafting a shot list for action scenes can feel like a daunting task. Especially because some parts of your choreography may limit the amount of takes you can get. The last thing you want is to get to the editing bay and find yourself wishing for a different angle on a moment there’s no way to reproduce/capture. Having rehearsals with the camera will significantly aid the creation of your shot list.

Regardless of the fighting style you choose, there needs to be some element of realism in your scene. Even the more whimsical fights of wire-work Kung Fu movies (e.g. Hero, Crouching Tiger, Hidden Dragon) characters react realistically to getting hit. How can you sell your fight to audiences?

Believable reactions – The first step in “selling the punches” comes down to your actors and their reactions throughout the fight. No amount of camera work or editing magic can fix reactions that don’t fit the moves being thrown (e.g. an actor flinging his head/body the opposite direction of impact). Whether it’s jerking back in time with the delivery of the move or just acting winded after a big shot to the midsection; realistic reactions are crucial. Thanks to all those rehearsals you’ve been doing for choreography, it shouldn’t be anything to worry about on the set itself.

In-camera – Framing and camera movements have a big impact on selling punches and kicks, as well as actors’ reactions. The right angle ensures moves look like they’re making contact, even if they’re actually several inches apart. Moving the camera dynamically (e.g. shaking to emphasize the power of a hit, quick zooms to give the illusion of speed, and pans/tilts to follow the flow of the hits) makes your fights more engaging overall.

Figuring out the best camera movements can be tricky. That’s why it’s important to add in the camera operator and equipment during a few rehearsals. You’ll be able to experiment with the camera movements, or maybe even cut a rough edit of practice footage to figure out exactly the shots/movements you want to go with.

Nothing about fight scenes happen by chance. There’s no improv to action sequences. They require careful planning from the very beginning. Research and practice will be your best friends when it comes to crafting captivating fight scenes. Keep these core principles in mind throughout each phase of the process and you’ll be making incredible action scenes before you know it.