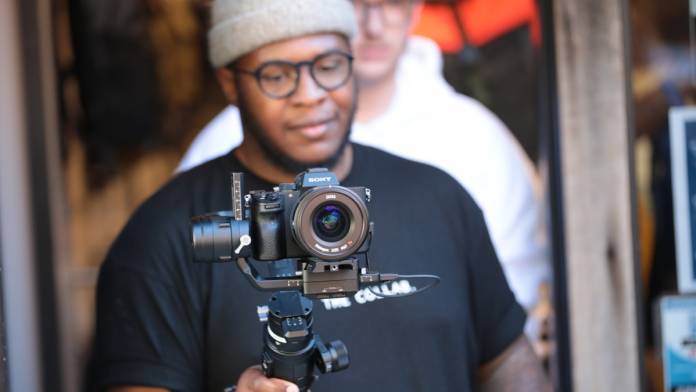 Starting a YouTube channel is like most things in life, having a clear plan is key. Here are five steps that will set you on a path to YouTube success.

Choosing the topic, or theme, of a YouTube channel is a critical first step to finding success on your channel. Maybe you are interested in cooking. I know you are thinking there are a ton of food-related YouTube channels and it will be impossible to stand out. Should you give up? No — narrow your focus. Consider focusing on 15-minute vegan recipes for one person, or sugar-free chocolate dessert recipes served up by an adorable Italian grandmother.

Maybe you have a special skill or have found a solution to a common problem. This could lead to a viable topic. Meet Alex, he has figured out how to repair frayed cell phone charging cables. Alex slips a piece of plastic “shrink tubing” around the end of the frayed cable and uses a heat gun to shrink the tubing around the frayed wires.

Could this be the big idea that launches a YouTube channel? Surely there are thousands — probably tens of thousands – of people with frayed cables who would love to know how to fix them. Not so fast.

This sounds like an idea for a single video, not a channel. If Alex could come up with more clever household repair ideas — enough to supply a channel with weekly uploads — he might have what it takes for success

Finding the right focus is not an easy task. Don’t be tempted to choose a trending topic that is generating lots of interest if you don’t really care about it. Viewers will pick up on that fact and become disinterested too.

Choosing a name and tagline are the first critical steps to creating a YouTube channel identity and finding success on the platform. A tagline is a short phrase — think slogan or subtitle —  that further describes the title.  Let’s use Videomaker Magazine as a case study in creating an identity, or brand.

What if Matt York, Videomaker’s founder, chose to call his new publication, “Videotaping Magazine?” Placing the word “tape” in the title would have been a good choice, right? Wrong. When the magazine debuted in 1986, VHS tape was, indeed, the primary method to record and distribute video content. But eventually, tape gave way to DVD then Blu-ray then digital storage and online platforms like YouTube.

York wisely chose to focus on the process of video production (videomaking), rather than the specific equipment used (videotape recorders). This worked out well — the name “Videomaker” is still as relevant as it was in 1986. Like York, your goal is to choose a channel name that will stand the test of time.

In Videomaker’s early days, the tagline was, “The Video Camera User’s Magazine.” By 1997, the tagline evolved to, “Camcorders, Computers, Tools and Techniques for Creating Video,” reflecting the trend toward using computers in video production. Fast forward to the present, and the tagline, “Your Guide to Creating and Publishing Great Video” alludes to the massive changes in video distribution.

Just like the Videomaker Magazine tagline, you may need to tweak your tagline overtime to keep up with evolving technology, new social media trends, changes in audience and more. But, avoid changing the name since that can mean starting a YouTube channel all over again.

Low-quality production is one surefire way to send your viewers to the digital exits. Let’s go over some basic tips to make sure you produce video content your viewers will love.

Most viewers don’t expect a YouTube video to have the high production quality of a Hollywood film. But, if the audience is subjected to garbled audio and dark, fuzzy, out-of-focus video, they will probably not stick around to see the end of your work. Many cell phones capture decent enough video but consider purchasing a dedicated video camera for better results.

Don’t overlook the importance of good lighting. What if you don’t have the equipment to pull off quality indoor lighting? Then consider shooting outside on a sunny day. Use a reflective material to focus light on your subject.

Cell phones typically also lack the ability to record decent audio. Minimize their shortcomings by getting the phone as close as possible to the source of the sound. Better yet, consider purchasing an accessory microphone that connects to your phone or camera.

Never lose sight of the fact that it’s all about the audience. The goal of any YouTuber is to develop an audience of loyal subscribers who just cannot wait until the next video is dropped. It takes work to develop that kind of loyalty, but it’s worth the effort.

You’ll start your channel with some sort of vision of your intended audience. Once your channel has racked up some views, use the analytics feature in YouTube Creator Studio to find out exactly who you have attracted. It might surprise you that your actual audience is slightly different than what you had in mind before you launched the channel.

Some of the audience characteristics that might be of interest include gender, age and geographic location. Other revealing factors include the viewing method — whether your video was watched on a computer, tablet, phone, smart TV or other device.

Knowing the characteristics of the audience drives many of the choices you’ll make in the production of your videos, like music and word choices. You know this already — think about the different ways you talk to your grandparents compared to your same-aged BFF.

The ultimate goal for most YouTubers is to make money. A handful of people make big bucks on their YouTube channels. Check out SocialBlade.com for estimated ranges of YouTube incomes of your favorite channels.

In early 2018, YouTube drastically altered its monetization policy by changing the threshold to qualify for earning. The new metric became 4,000 public watch hours in the last 12 months, and 1,000 subscribers.

This game-changing policy resulted in smaller channels losing their ability to generate revenue. This points to the danger in over-reliance on YouTube as the only source of income. YouTube could change any rule in a heartbeat and significantly reduce your financial potential.

This concern underscores the need to diversify the sources of your revenue. Consider building an associated website or blog that generates income with ads. Other options include selling merchandise, product placements, subscription services and cross-promotion through Facebook, Instagram, Twitch, Vimeo, Twitter or other platforms.

The biggest YouTube names often split a portion of their profits with a service provider called an MCN (Multi-Channel Network), sometimes referred to as simply a “network.”  These third-parties help YouTubers reach higher levels of success and profits.

If you find a topic that you are passionate about, maybe you too can cash in on YouTube’s potential by starting a new channel. Finding the right balance between a narrow channel focus, and attracting a big enough audience, are the greatest challenges.