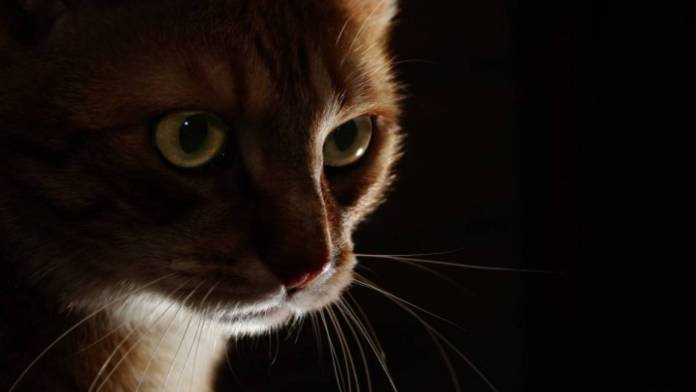 Shooting in low lighting conditioning is often seen as a bad thing. Many videographers and photographers avoid shooting in low-light conditions. However, there are a lot of stunning and beautiful things you can do in low light. Low-key lighting is a very powerful lighting technique that can invoke powerful visual aesthetics and storytelling.

Shooting in a dark environment can allow you to achieve some stunning shots, but it requires some effort. It takes more than just waiting for the sun to set and pressing record on your camera. To ensure that your scene is exposed correctly so you won’t end up with noisy, grainy footage, the setup needs to be just right. Before we get into how to set up a low-light scene, we must first talk about what low-key lighting is and how it’s used in the industry.

What is low-key lighting?

Low-key lighting is a style of lighting for film and photography that has an emphasis on shadows. The style is achieved by using hard source lighting within the scene. Unlike high key lighting, low-key lighting looks to increase the contrast of the subject and the environment. It does this by using shadows and dark tones. Shadows, deep blacks, and dark tones are all characteristics of low-key lighting. There are little to no whites and mid-tones.

Why use low-key lighting?

Both low-key lighting and high key lighting are used to achieve an atmosphere and mood that a standard setup can’t convey. Whereas high key lighting conveys a feeling of light and makes the scene look airy, low-key lighting makes a scene look dramatic. It lends itself well to portraits, commercial shoots and shots meant to convey a feeling of sensuality and mystery. It’s also great for isolating a subject, a technique that’s common in the horror genre. However, low-key lighting isn’t inherently scary. Since it’s an effective way to isolate a subject, it’s often used in product reveals and teasers. Take a look at Nikon’s teaser image for the Z6 and Z7 below.

Low-key light is used in this image to evoke a feeling of mystery. Released days before the full announcement, the hype for the camera announcement was high and this image elevated it. The teaser gives the viewer just enough information that they know it’s a camera, but nothing more than that. Speculation was high and that’s what Nikon wanted leading up to the announcement.

We can also take a look at a scene from 2019’s psychological thriller film Joker. In the scene below, protagonist Arthur Fleck is lit with an overhanging light. It cast shadows across his body and the surrounding environment. We get the feeling of unease. The audience is unsure of Arthur as he progressively becomes more unhinged as the film progresses. The scene conveys that message as Arther unravels. The lighting in the scene adds a feeling of mystery as well. The audience is left in the dark wondering what Aruther will do next.

What gear do you need to set up a low-key light?

First and foremost, you need to have a camera that’s capable of shooting quality video in low light. The camera you use needs to be able to set its ISO to a low setting. Set your camera’s ISO to 100 or as low as it will go when shooting with a low-key light setup. A low ISO will keep your image dark and keep the noise low. Higher ISO numbers are more light-sensitive, so if you are using a higher ISO, your image will be lighter. Starting with fast shutter speed is also recommended. You can make adjustments as you test.

If you can, try to use a full-frame camera. Full frame cameras help capture scenes with less noise. You can increase the ISO and capture more light without having to compromise the quality of the image.

While many lenses could work in low light, the standard kit lens has an aperture of around f/3.5. This aperture won’t let enough light in for the best results. Using a prime lens with a maximum aperture of either f/1.4 or f/.8 is ideal. It lets in a significantly less amount of light than a f3/5 lens. If you start with a low f-number, you’ll be able to make adjustments once you take in the most light you can.

Next, you need some sort of light source. One of the benefits of low-key lighting is you don’t need to have a ton of lights. You need to have at least one key light, which can be either natural or artificial. If you want your shadows to be less harsh, you can use a fill light or a reflector. Once you become more experienced with low-key lighting, you can look into getting a softbox. That will allow you to light your subject with soft light while keeping a lot of the shadows. Ultimately, it is up to you if you want your shadows to be harsh or soft. However, it’s important to keep your subject close to the key light. Also, it’s best to avoid lighting the background if you want your subject to be isolated.

With some low-key lighting setups, you don’t even need to have artificial light. If you are shooting near a window, you can use that as your key light source. Control the amount of light entering the scene with curtains. You can let in a sliver of light in to light the subject.

Though this one is optional, you can get a black or dark grey background. This one applies more toward studio videography and photography. Having a dark background will make it easier to isolate your subject. It will make your life a lot easier starting with a dark backdrop. The absence of color in low-key lighting really lends to the overall look and feel. Even choosing dark clothes for your subject and avoiding patterns will help keep the attention focused on the subject.

Experiment till you have it

Once you have all the gear you need, you can get a fairly decent low-key setup pretty easily. However, mastering the technique takes time and experimentation. Low-key lighting can produce some incredibly dramatic and emotional scenes. It’s simple, yet adds much depth to scenes and photos. The only limitation is your creativity, so be creative and experiment.