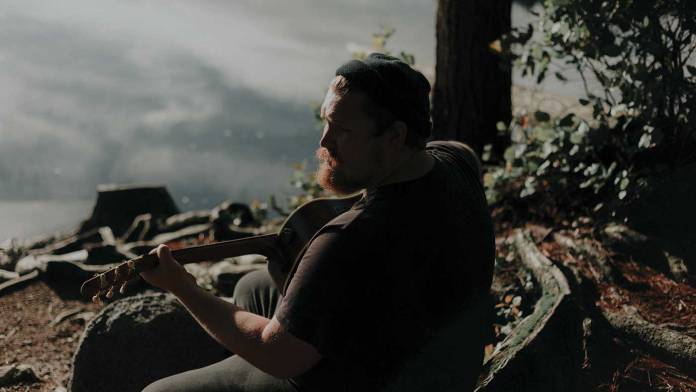 I know we say this a lot, but it’s worth repeating; whether you’re a wedding videographer, narrative filmmaker, hobbyist, documentarian or YouTube video producer, the most important visual element of any shot in any project is the lighting.

Light in filmmaking is like salt in food. You may not even notice it unless there’s too much or too little, but after it has your attention, you can’t remove it from your awareness. Here are a few common mistakes to avoid when lighting a shot, and how you can sometimes use minor errors to your advantage.

Hands-down the most common mistake we see when lighting a shot is that there just isn’t enough light. The most common reason for this is usually inexperienced shooters trying to simply eyeball the light. In other words, they are trying to use the naked eye to judge whether or not the light in a shot is sufficient and correct. The light meter exists for a reason and nowadays most cameras come with one built-in. Use it!

The problem with eyeballing a shot is that the naked eye has a very wide dynamic range — the equivalent of about 30 f-stops of light, from darkest to lightest. Your camera doesn’t.

The problem with eyeballing a shot is that the naked eye has a very wide dynamic range — the equivalent of about 30 f-stops of light, from darkest to lightest. Your camera doesn’t. Yes, you can fiddle with your camera’s ISO and aperture to make a dimly lit shot look brighter, but remember that when you raise the ISO you also raise grain and noise.

When you open up your aperture to a low f-stop, your depth-of-field decreases. Holding focus becomes very challenging, maybe even impossible. Now, it’s true that some of us really love shooting with a razor-thin depth-of-field, but that’s a decision you should make because you have a specific artistic reason to do so, and not just because a dimly-lit scene forces you to.

As a general rule of thumb, if your ISO is set to around 200, and your aperture is between f/4 and f/5–if the important details in your shot aren’t visible, you need more light.

“Wait a second!” you might be saying. “Oscar-winning cinematographer Conrad Hall Sr. famously shot a lot of his work in mostly shadow.” That’s very true, and when you win an Oscar you’re allowed to do that all the time, too. Otherwise, make sure you have good, carefully considered reasons if you’re going to go dark in a scene. It’s usually better to err on the side of more light, rather than less.

Sometimes, people think that they have to use hard light in order to get bright light. That’s not true; the hardness or softness of light has nothing to do with how bright it is. Using harsh light that casts strong shadows is fine if you’re doing very specific noir-style lighting. In most contexts, though, it will look dated and amateurish.

Back in the 1970s and earlier, it was common to light people with very hard, direct lighting. Take a look at this classic Saturday Night Live skit from 1976, and look at the light and shadow on Garrett Morris’ face and shoulders at 0:40. Then, compare it to this SNL skit from 2012. See how the soft light almost seems to wrap around Jason Sudeikis’ shoulders? The shadows are much softer, the light much more even. Unless you’re going for a very specific effect, like for a horror movie or pro-wrestling promo, nowadays, soft light is usually preferable to hard light.

This mistake is very common but can be tough for beginners to spot. When an image looks or feels “flat,” it means that there isn’t enough separation between the foreground and the background. In other words, the subject is too close in value to what’s behind them. This makes it difficult for the viewer to tell where to focus their attention. You can separate (or “offset”, or “pop”) a subject with focus or color. The easiest way to do it, however, is probably with light.

Sometimes it isn’t possible to change your light values much, like if you are working with a traditional high-key television lighting setup. Think of the way a traditional sitcom is lit. By design, the background and foreground are similarly lit. So, it would be odd to throw a spotlight on your performer or splash a light across the back wall. In a situation like that, you may want to use a rim light to offset your subject from the background. Rim lights are sometimes called backlights, hair lights or kickers. See this article on traditional three-point lighting for more on how to use a rim light.

There are few things more distracting in a scene than seeing light the color of warm sunlight falling onto a subject from one side and cold, ungelled light from an LED panel coming at them from the other side. You may have read somewhere that it’s important to contrast and balance warm and cold tones in any scenic composition. That’s very true, but you have to make sure that the way you use the light makes sense. You can have warm, friendly highlights and cold-toned shadows, for example. Fluorescent room lights, however, should almost never balance against sunlight coming in through a window. Your viewer will notice and rebel against it, even if they can’t tell you exactly what’s wrong with what they’re seeing.

Like with any other mistake, it’s possible to use this kind of imbalance deliberately to great effect. But again, make sure you’re doing it for a good reason, and not by accident.

Hopefully, after reading this, you’ll have realized two things. First–common lighting mistakes are usually easy to identify and fix. Second–common lighting “mistakes” can actually be very effective artistic techniques when used with deliberateness and purpose. The next time you shoot something, pay attention so that you aren’t making any of these lighting mistakes by accident. After that, why not try using one or two of them on purpose?