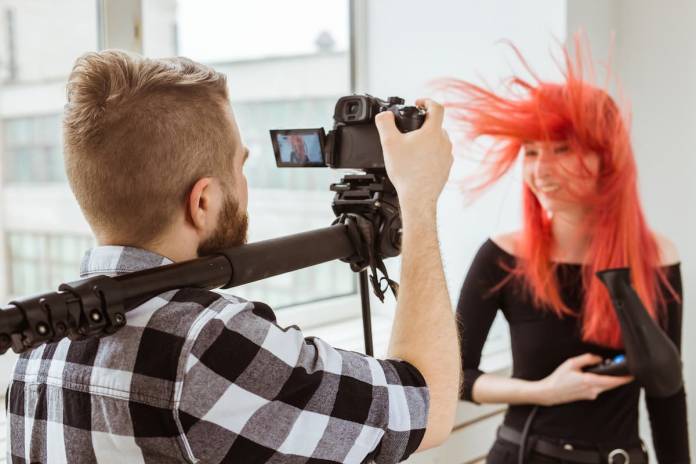 Whether you’re working on a documentary, hip-hop music video, social media ad or anything in between, remember that if you’re going to be recording people, make sure they sign a model release form. This basic-but-crucial step gives you permission to use footage of that person, control over what you can ultimately do with the final product and peace of mind that you’re protected from unwanted future lawsuits.

What can happen if you don’t have a model release form signed? Your subject can get cold feet right when you decide to publish and distribute your final product, effectively precluding you from using any footage or soundtrack of that person. If they’re central to your video, that can be a disaster. If you publish the work, your subject can come to you after the fact and demand compensation or can force you to take down the content if they suddenly don’t want their likeness publicized. We strongly recommend you have a video release on hand at the beginning of each shoot and make sure your subjects sign it before moving forward with the project.

Use this four-step checklist to determine if a model release form is needed. First, ask yourself, “can I identify the subject as a unique person or thing?” If not, you will not need a photo release. With individuals, the photo release is called a model or talent release. If your actors are identifiable subjects, they should sign model releases, but people whose faces the camera never captures, need not.

Next, “how will this photo be used?” If your video is to entertain the public or if you are shooting for commercial purposes, you will need photo releases. On the other hand, newspapers, TV news stations, online reporters and photojournalists aren’t required to obtain permission to take people’s pictures at newsworthy events. They are considered editorial sources rather than commercial operations. Their chief purpose is to inform and educate. So, if you’re shooting for editorial purposes for a news organization, generally you shouldn’t have to have permission or releases.

Next, “is the video to be taped on public or private premises?” The owners of private areas, such as homes and corporate buildings, generally have more rights than do caretakers of public settings such as streets, museums and zoos. In other words, taping on public property may not require a photo release, but taping on private property generally does.

Lastly, “will there be compensation?” If you don’t pay your actors, the release may not actually be an enforceable contract. In California, for example, the release is considered merely a “gratuitous promise.” Look up your state’s requirement for compensation. Be safe and pay each of your actors at least a dollar.

People in public have limited rights of privacy. The more famous the public figures, the stronger your right to shoot them.

But even if you are not starting a production company or trying to sell a shot to a stock media site, if you plan to use images of unknown people you will need model release forms. That said, it’s a good idea to have them signed at the beginning of your shoot.

Be sensitive to people’s privacy in public if what you’re covering is a tragic event such as a car accident, house fire or medical situation. Shooting the medical personnel, firefighters or police isn’t generally a problem, but shooting the victims is. Often, news people will shoot half-angles of faces they want to obscure. While video recording police in the line of action is your right, if they and you are on public property, and if you are obstructing traffic or endangering others or preventing them from doing their job, they can take action against you.

As long as you are in a public place, you might not need to get a location release but you might need permits to shoot. Many city and state governments have film commissions that run the video red-tape for location shooting permits. Here is a link to a Videomaker forum that directs you to the U.S. Film Commission offices in each state.

Each state’s office can tip you to the specific city office. When you need to gather permits for location shooting, plan far enough in advance, and let the commission(s) know the exact times and dates for your shoot, along with the amount of gear and the number of anticipated crew members. Will you need to shut down streets? Entrances to public buildings? Parks? This requires even more red tape, so have your needs all planned as well as a budget for possible processing fees.

Shooting on private property requires permission of the owner or authorized agent. Places like your local museum, mall or zoo might seem to be public property, but they aren’t and they have rules for photo and video that are usually printed in the fine print on the back of your entry ticket. If you are shooting for only a day in the park with family and friends, even if you plan to post it to YouTube, that will generally be permitted, but if you are shooting for commercial purposes, you might not be able to proceed without permission. When you are selling your images for anything other than editorial (educational or informational) coverage, the property owners might simply not want you to create a commercial product.

When do you need a release?

In summary, here are reasons you will need to have signed model release forms.

Where can I find a model release form?

Most of your shooting will be non-editorial, which means you should carry a supply of talent releases. The appropriate release should be considered a standard item of video production, like extra batteries. Many places have sample forms, including from Videomaker. We sell a “Book of Forms” that has samples of every form you can possibly think of, from a model release form template to a talent release form, to video production shooting lists, location release forms, video production costs checklists and production tracking lists for starting a production company. Some of these can be downloaded individually on our site: https://www.videomaker.com/l/book_of_forms. The entire book can be downloaded or purchased as a printed copy with a CD of forms.

This link will take you to one online release form offered on the Videomaker website. You can check out our “Videomaker Complete Book of Forms” here.

When you don’t have a written release, or are interviewing a lot of people in a very short time, you can sometimes get away with a verbal release. Have the person read a short script while on camera. That verbal agreement must include the person’s name, the date, the video production company or producers’ name and clearly defined understanding of what the shoot is for. Here is an example:

Remember, unless the photo release states commercial use, the signed release may not be sufficient to use the footage to sell goods or services.

What happens if you fail to obtain a photo release but choose to make and use the video anyway? If this happens, make sure you obtained the photo without trespassing on private property. Photo releases fall under the First Amendment, but you do not want to violate an individual’s right of privacy or publicity. If, as a videographer, you have obtained an image of a clearly identifiable person or object, you can remove identifiable features (e.g., tattoos), if possible. Some videographers digitally alter the image, which is why you see blurred or silhouetted shots, especially on broadcast news footage. Feel free to use the following form for your talent’s signature and date.

For and in consideration of benefits to be derived by me from the participation in activities of ____________________ (the Photographer), including, but not limited to, the above listed photo/video shoot, I, the undersigned Participant, hereby authorizes the Photographer, and any agents, officers, employees or servants of the Photographer, to record and photograph my image and/or voice for purposes that include, but are not limited to, the creation of educational and/or other informational materials, entertainment or teaching. I consent to my name being used with my photograph or moving image. I specifically acknowledge and agree that any photo and/or video appearance of me may be displayed online and used in any manner or medium and for any purpose desired by the Photographer.

I understand and agree that these audio, video, film and/or print images may be used, edited, duplicated, distributed, reproduced, broadcast and/or reformatted in any form and manner without payment of fees to me or to anyone else on my behalf forever, and I hereby relinquish all right, title and interest therein to the Photographer.

I release the Photographer and any agents, officers, employees or servants thereof from any and all liability relating to the taking, reproduction and/or use of such photographs, video images and/or sound recordings. I hereby certify that I am at least 18 years of age and that I am legally competent to sign this form. If I am under the age of 18, I have had my parent or legal guardian sign this form, below, along with myself.

Living in a free country like the United States, you might have the right to shoot almost whenever, whoever or wherever you want. But the person or owner of the location that you are shooting has rights to privacy, and their rights can supersede yours. Use your model release forms and location release forms wisely.