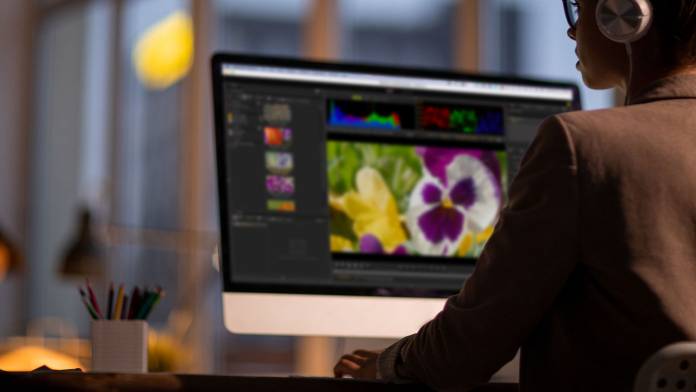 The majority of today’s modern movies and television shows are now shot on digital media rather than film. This shift has allowed filmmakers to use computers to manipulate color in increasingly creative and innovative ways. And, in doing so, a fairly new role has gained prominence in the filmmaking world: the colorist.

A colorist works with software and hardware tools to change the look of digital video by adjusting the exposure (luminance) and color (chrominance) information. The work of a colorist can be divided into two main aspects: color correction and color grading.

Color correction is the first task for the colorist when they are given footage to work with. It is the process of ensuring that the shots in a scene match in terms of exposure and color. Visual differences between a wide shot and mid shot or a close up can be distracting for the audience. They can also negatively affect the visual flow of a scene.

Naturally lit filming environments can lead to variations in color and brightness between the shots of a scene. If the sun goes behind a cloud, there can be a reduction in exposure and also a change in the color temperature of the image.

Scenes with artificial lighting are usually more controlled. However, some lights may drift in color temperature over the course of a long shoot. Such a gradual change may only become apparent when shots filmed at different times are edited together.

In addition, the sensors of different cameras can produce images with a slightly different look, even if they are same brand and model. A colorist may also have to work with footage where operator error led to incorrect white balance or exposure settings being used.

A colorist will usually start work on a scene by correcting the issues with exposure and color on a wide shot. They will then adjust the other clips within the scene to match the look of the first shot. At the end of this process, all of the shots within the scene will be correctly exposed with a neutral color balance. From there, the scene is ready to be color graded.

Color grading is the manipulation of color in a shot for artistic or stylistic reasons. Creative use of color can have a dramatic effect on the mood of a scene and the emotions of the audience.  Colorists need to have a strong understanding of color theory and the impact of using complementary color schemes when color grading.

Some of the most frequently used palettes in color grading are teal and orange, since skin tones fall within the orange part of the color spectrum. Teal and orange are complementary colors because they sit opposite each other on a color wheel. Colorists increase the orange colors in the highlights and boost the teal colors for the shadows. The technique adds depth to the image by increasing the color contrast between the subject and the background.

The colors in a scene may be enhanced or exaggerated, at times to levels which may be unrealistic. In the Matrix series of movies, an unnatural green hue was added to the color of scenes which took place in the world of the Matrix. This was done to create a visual indication of the difference between the real world and the virtual world.  In contrast, the movie “Amelie” has a strong yellow color palette to convey a feeling of warmth and the happiness of the protagonist.

Color grading can also be used for more practical purposes, such as when coloring a scene shot in the day time to make it appear as if the action took place at night.

Once they have color graded the project, colorists will ensure the final rendered video file complies with the limits on luminance and chrominance levels in accordance with the relevant standards for cinema or television. Depending on the level of visual effects, it can take a colorist three to six weeks to grade a feature film.

When is a colorist involved?

Traditionally, colorists only worked in post-production, after the TV show or movie had been edited. Increasingly however, colorists work with the director and cinematographer to establish the look of the film during pre-production.

The colorist can be involved with camera and makeup tests, working with the test footage to create a LUT (Lookup Table) for the cinematographer to use in-camera. A LUT is a pre-set color grade which can be applied to the camera monitors on set. This allows the cinematographer to preview the shots they are recording with an approximation of how the final graded footage will look. The colorist may also be involved with the grading of daily rushes of footage.

What tools do colorists use?

There are a range of specialized hardware and software solutions used by colorists.

The most widely used color grading programs are Baselight, Davinci Resolve, Nucoda and Lustre. The companies behind the software also produce hardware color grading panels which integrate with the software to allow precise control over every setting. Color grading panels feature track balls and dials for adjusting chrominance and luminance settings. They also have additional controls which act as keyboard shortcuts for the most frequently used features of the software.

The colors on a regular computer monitor connected to a graphics card are not accurate enough for color grading. Instead, colorists use color accurate calibrated video monitors connected to computers with dedicated output cards. These specialist video cards display a pure video signal ready for grading.

Color grading suites have grey walls and low lighting levels. This is to ensure that there are no color casts introduced by the environment which could affect the colorist’s judgement.

There is no category for colorists at major award ceremonies such as the Oscars and BAFTAs. The majority of the viewing public will not know the names of the skilled artists who are responsible for the color of the movies and television shows that they watch. But that doesn’t mean they go completely unnoticed.

Stephen Nakamura is one of the most experienced feature film colorists in Hollywood. He has worked with directors such as David Fincher, Ridley Scott, Kathryn Bigelow, Spike Lee and Steven Spielberg. His credits include “Da Five Bloods”, “Sicario: Day of the Soldado,” It,” “The Martian,” “The Hurt Locker” and “Kill Bill.”

Adam Glasman is a respected colorist who has been grading feature films for over 20 years. He has worked on many major movies including “Jurassic World: Fallen Kingdom,” “Three Billboards Outside Ebbing, Missouri,” “Skyfall” and Walt Disney Studio’s live action version of “Dumbo.”

The role of a colorist for movies and television is relatively new in the industry. However, their work is vital in delivering the vision of the director by defining the look and mood of a film through its color palette. 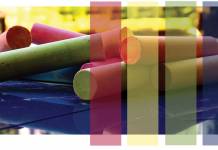