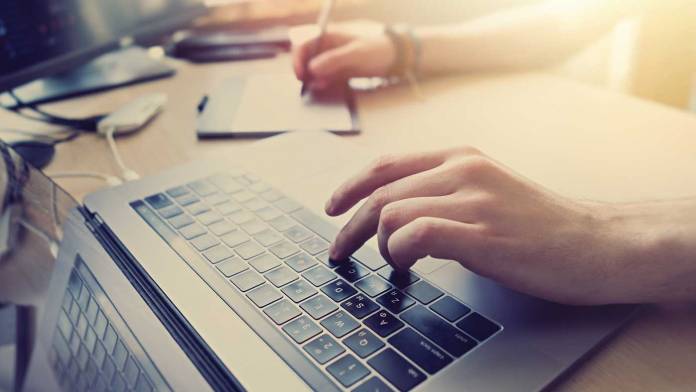 Video editing is rather straightforward to understand as an action. It’s the assembly and construction of a sequence of moving images with other assorted media. Video editing creates a cohesive story that is greater than the sum of its parts. It’s a simple explanation for a lot of related activities, but substituting the action with the person responsible for its execution will result in the question, “who is a video editor?”

The core function of a video editor is to cut, trim and sequence separate video clips into a comprehensive narrative structure that eventually becomes the final release of a film or video. The skills associated with that role can range from very few to an extensive and diverse list of abilities. It all depends on the role the video editor plays within the production.

The role of assistant editor holds a long-held tradition of being a career entry point for editing. It’s seldom that an assistant editor does any editing. The role most often entails logging footage and preparing assets for post-production. It used to involve watching tapes and logging timecode. It eventually moved to ingestion, pulling clips from tape, digitizing them, and setting up bins for the video editor.

Today’s production workflows have reduced the labor-intensive tasks owned by the assistant editor. Instead, they spend much of their time transcoding assets, making proxies and adding metadata as they log clips into the pipeline. You find assistant editors only in larger production facilities and post houses with the budget to support a large staff.

Some video editor roles require a highly technical acumen of editing software and post-production tools. This helps them to move through a large number of projects in a short period of time. The video editor fulfilling this role is often found in the local promotions department or in a corporate environment. This editor often finds themselves working through templated or routine edits that repeat through the same sequence of tasks.

The volume of their work is astounding; it’s a credit to their technical skills and the long hours they often work to accomplish the feat. While many of the projects handled by this video editor are redundant by nature; the editor exercises creativity in their ability to solve technical problems, improvise and maintain consistent efficiency.

Video production and filmmaking is a collaborative art form. Large productions require a fair number of people, with different skills, to create the final production. In this scenario, the video editor seldom works alone.

In this case, the video editor facilitates post-production under the creative direction of the film’s director. The editor is a master craftsman who understands the director’s vision and works with them to put together the edit. Oftentimes the director, and sometimes the film’s producers, will sit in the edit suite with the video editor. They’ll provide direction and critique of the edit, while the editor makes recommendations. The editor also demonstrates what options are available for the directorial crew.

This editor needs to be able to work efficiently with their tools, be a strong storyteller, and have the ability to communicate by receiving feedback while soliciting advice. At its worst, this role is relegated to button pushing, but those who thrive in this role understand how to be a trusted partner.

The cast and crew

On larger productions, such as series and in facilities with multiple post-production suites, the video editor can play the role of a post-production team member. This is the situation in which the video editor is one of several editors who work as a team to put together the overall production. It might be an episodic series or a production that consists of multiple videos such as an educational training product. The video editors in this scenario receive their assignments based on either a specific task, such as rough cutting or finishing, or they’re given responsibility for a particular scope of the project, such as specific episodes.

The key to success in this role is collaboration. This video editor needs to be able to work well with others. As with any production, consistency is important. Therefore, the post-production team must work as a unit and the results of their work should appear to the audience as one cohesive production. Post-production team members should have a shared understanding and acceptance of common workflows, asset organization, and editorial style. They should be able to trade off their work with one another and be able to pick it up without blinking an eye.

A role that’s developed over the years, and is now quite common, is the role of the preditor. The term “preditor” comes from the conjunction of producer and editor. The combination of these roles into one person makes for a dynamic filmmaker. This role is most often fulfilled by independents and those in a corporate setting who, as an individual operator, are responsible for all aspects of video production.

The preditor is someone who has a diverse and deep skillset. They are able to write, plan out a production, shoot, record audio and handle various post-production tasks. They are a jack-of-all-trades for video production. The successful preditor doesn’t have to be a master of every video related skill; they just need to know enough to get the job done for the market they’re in and be honest with what their capabilities are. Often times preditors will have several specialized skills and enough knowledge about other areas of production that they can partner with and direct talent who specialize in those areas. What makes the preditor unique is that they see a project through from the beginning to end and are able to plan the production for what they foresee as needs that will arise in post-production.

There is the rare but often sought after video editor who is a true auteur. They are able to take what is given them in the edit bay and craft a masterpiece. These editors are exceptional storytellers. Most often these are the editors who are known by name in professional circles or who have carved out their own niche within the market they serve. You can find them anywhere, from Hollywood to backwoods documentary film festivals; wherever they are, people associate them with their productions.

The master editor crafts their own unique workflows that fit the specific needs of the story they’re working to tell.

To fulfill this role, a video editor must intimately understand the medium of the moving image. While they have mastered the techniques and workflows of editing, they are also able to work outside of those boundaries. The master editor crafts their own unique workflows that fit the specific needs of the story they’re working to tell. It’s a role that is developed over time and is an aspirational career path; there are not many opportunities for this role. However, a video editor doesn’t need to pursue a limelight role to achieve this type of position, they only need to understand their desired career market and how they fit into it.

While there are common tasks and responsibilities fulfilled by a video editor, there’s not a singular mold for the role. There are many opportunities and a variety of career roles that a video editor can fulfill. The key is in understanding your own strengths and where to best apply them.