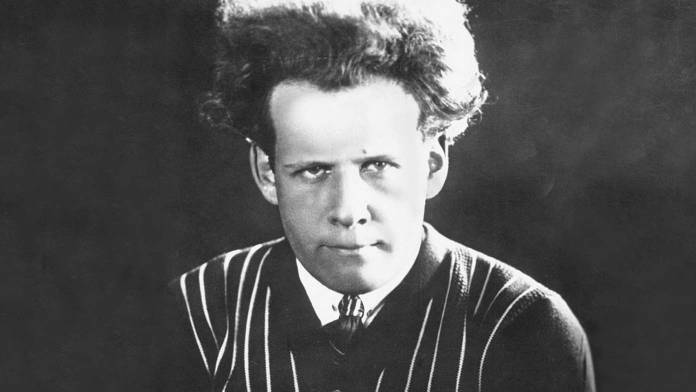 When looking at some of the most notable figures in the history of editing, such as Sergei Eisenstein, it is important to understand that the theoretical approaches to editing are just as important as the practical. When looking at the theoretical approach to editing, one is encouraged to create meaning and understanding behind shot sequences that create a scene, tone and story.

In post-production, there are often a lot of assumptions about editing. Questions such as “can’t you edit that together, quickly?” or “isn’t editing the easy part?” place editors in a unique position to informally educate and promote their artistic abilities.

All in all, editors are like architects. They must map out, construct, tear down, reassemble and create works of art. It is a craft, much like any position within the media industry. The technique and theoretical framework behind editing yields a compendium of definitions, abstract concepts and methods that blend seamlessly — and in some cases, not so — into a narrative and promote forms of storytelling that are still being practiced today.

The why behind it all

The important thing to ask when thinking about editing from a theoretical standpoint is not “how” something is done, but rather the “why?” of it all.

For example, what is the implied meaning as a scene starts with a shot of factory workers protesting, frantically displaying their outrage and anguish through chants and sign-waving, then move to a shot of approaching law enforcement, then to a shot of policymakers — the assembly of suits who talk, and talk, and talk — before cutting back to the protesters, then the law and back the protesters?

What does it all mean when shots of the kill floor of a meat processing plant, or even a hand pushing cutlets into a meat grinder, are placed in between these shots of protesters, law enforcement and politicians?

These striking images may seem out of place, but the imagery of the herd led to the slaughter or the bare hand guiding the flow of raw material into a defined path, elicit an emotional response within the viewer and create ideological meaning.

These juxtaposed images speak to the plight of the proletariat — the working class — and the destructive forces of the ruling class. These images are making the audience think, experience and feel the pervasive power of cinema as a tool for propaganda.

This was a glimpse into Dziga Vertov’s Kino-Eye, formalist film theory, intellectual montage and soviet montage’s most revered theorist and filmmaker, Sergei Eisenstein.

Who was Sergei Eisenstein?

It is difficult to describe Eisenstein through any singular role — filmmaker, theorist, architect — as Eisenstein’s role in film history reflects a period of time where innovation in aesthetics, storytelling and technology came together from around the globe to transform the medium, and film art.

Born at the end of the 19th century, he was fascinated with theater and the arts from a young age. But, like his father, he gravitated towards a career in civil engineering. This was short-lived as he withdrew from school to join the Red Army in 1917 and protect the new regime — Bolshevik — during the Russian Civil War. It is around 1920 that Eisenstein, fascinated by Kabuki theater, began studying Japanese hieroglyphs and memorizing words.

“How grateful I was to fate for having subjected me to the ordeal of learning an oriental language, opening before me that strange way of thinking and teaching me word pictography. It was precisely this “unusual” way of thinking that later helped me to master the nature of montage, and still later, […] helped me to comprehend the most recondite (obscure) in the methods of art,” Eisenstein writes in Notes of a film director (1946).

This attention to language and symbolism is a primary component toward Eisenstein’s rationale of montage and the use of imagery to create conflict and eventually, meaning. His move to Moscow and into the Proletkult Theater Company, where he rose in the ranks from a designer all the way to director, creating plays influenced by the revolution and steeped in abstract political art — constructivism — the concept of industrial influence on society; it was propaganda and art as one.

While Eisenstein is the historical figure most associated with the theory of montage, Lev Kuleshov’s experiments in shot sequencing set the tone for editing as a method that allowed audiences to interpret and apply emotional responses to sequenced images. Through Eisenstein’s methods, editing could manipulate emotions in an audience.

In Montage of Attractions: For Enough Stupidity in Every Wiseman (1974), Eisenstein suggests that the theater experience, the whole production, consists of smaller parts — a molecular unit of impression — and any aggressive aspect within these units can emotionally impact an audience and enable ideological perception.

Furthermore, Eisenstein’s Film Form (1949) implies that Marx and Engels’ interpretation of theories of dialectic systems is used to render art as conflict — created by the natural, oppositional elements in life — and when there is a collision of these oppositional forces, new meaning is created. Spatial forms and time could be broken within a montage, freeing the artist from artificial constructs and continuity editing to construct “poetic film language” about the masses, for the masses.

This is Eisenstein’s first artistic phase, as montage equated to a revolutionary method of filmmaking that sought to educate the struggling masses.

In 1925, Eisenstein’s Strike and Battleship Potemkin ushered the director into the forefront of intellectual filmmaking. Strike’s tale of pre-revolutionary factory workers uses intellectual montage to cross-cut shots of striking factory workers as they are gunned down by military forces, with cattle being slaughtered.

Potemkin’s reenactment of the failed 1905 revolution against the Tsar, is defined by the “Odessa Steps” scene where soldiers massacre civilians to rhythmic montage. These images live on as countless films, including DePalma’s The Untouchables and Zucker & Abrahams’ Naked Gun 33 ½: The Final Insult. These films pay homage to Eisenstein’s sequence.

These dramatized, even hyperbolic representations of history, solidified the dynamic comprehension of montage. However, the enthusiasm towards a powerfully symbolic use of editing quickly dissipated as October (1928), a reenactment of the October Revolution of 1917, failed to resonate with audiences and critics under the rule of Stalin and diminished Eisenstein’s voice as a revolutionary filmmaker.

Eisenstein would go on to visit America and attempt to create a picture for Paramount, but anti-communist sentiments brought this deal to a close. It was at this time that Eisenstein began a partnership with Upton Sinclair and socialized with Mexican portraitists and muralists like Frida Kahlo and Diego Rivera, whose influence on Eisenstein can be seen in ¡Que viva México!’s flirtation with surrealist themes and imagery.

The film also offers a stark example of Eisenstein’s drift toward the representation of the individual, and away from the masses as protagonist. Sadly, the deteriorated relationship between Sinclair and Eisenstein and pressure abroad from Stalin resulted in a rushed production, the inability to finish a key act of the film and the confiscation of the film negatives by Sinclair. Eisenstein would never see his vision come to fruition.

The second phase of the Soviet director sees him try to make his way into Stalin’s good graces by adhering to filmmaking that reflected the sentiments of the USSR and sought to entertain audiences, while also revising historical characters like Ivan IV.

It is fitting to end this conversation on what Eisenstein dubbed “the nerve of cinema”: the montage. Eisenstein envisioned and implemented five methods of montage into his films: metric, rhythmic, tonal, overtonal and intellectual. While some of these methods are easier to spot than others, the theory of these methods presents a fascinating look at how visual storytelling can be impacted by a difference of cuts. The definitions of these montage methods come from Eisenstein’s “Film Form.”

Metric montage: “The pieces are joined together according to their lengths, in a formula-scheme corresponding to a measure of music. Realization is in the repetition of these ‘measures.’ Tension is obtained by the effect of mechanical acceleration by shortening the pieces while preserving the original proportions of the formula.”

In other words, Metric Montage is the controlled length of clips that create a beat. Regardless of the content of each clip, they are equal in measure and equally accelerate to create tension and maintain the original contextual nature of the images.

In other words, shots, and actions are matched to continue the structural nature of the scene. This montage does not adhere to a beat and as Salvaggio contends “the content could be structured in opposition of the beat”. Rhythmic montage is continuity editing, the most used type of editing. The “Odessa Steps” sequence is the ultimate example of this method.

Tonal montage: From Eisenstein’s Film Form: “is based on the characteristic emotional sound of the piece – of its dominant. The general tone of the piece.” In other words, tonal are the comparative elements in visuals, sound, etc. that carry over from one scene into the next. Eisenstein cites Potemkin’s “fog sequence” as a somber visual that denotes the “dominant” and emotional sound in relation to Vakulinchuk’s funeral.

Overtonal montage: “[It] is organically the furthest development along the line of tonal montage…it is distinguishable from tonal montage by the collective calculation of all the piece’s appeals.”

In other words, overtonal is a composite of metric, rhythmic and tonal montage. This co-existence constructs the idea of conflict between the primary tone and the secondary overtone. Overall, this montage is about the incorporation of themes. For example, a mother giving birth could be edited with the death of the matriarchal role of the family. As one mother leaves, another is created.

Intellectual montage: “[It] is montage not of generally physiological overtonal sounds, but of sounds and overtones of an intellectual sort: i.e., conflict-juxtaposition of accompanying intellectual effects.”

In other words, different scenarios, when cross-cut together, can produce meaning through metaphors for audiences. In Apocalypse Now, the death of Colonel Kurtz — juxtaposed with the ritualized death of a water buffalo — is an example of the metaphorical sacrifice of both creatures.

Sergei Eisenstein’s unique perspective on the role of film and editing, as artistic forms, leaves us with the desire to experiment and create meaning. And as filmmakers and academics continue to ponder and extrapolate additional meaning from his works, so too will we ponder the next cut when we sit down in front of a screen.

Eisenstein, Sergei, and Daniel Gerould. “Montage of Attractions: For” Enough Stupidity in Every Wiseman”.” The Drama Review: TDR (1974): 77-85.