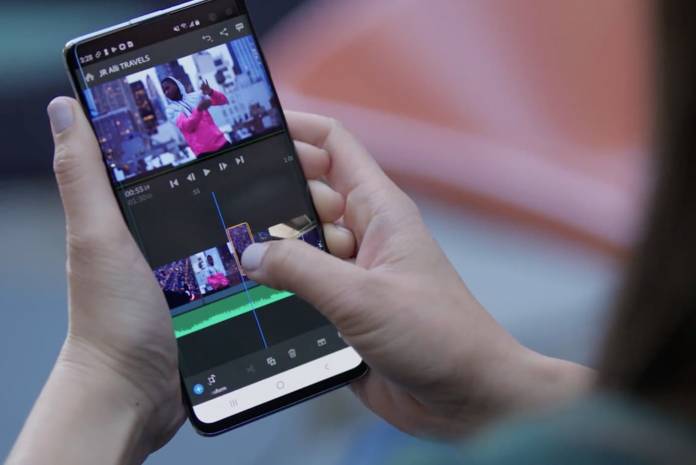 Since the software was announced in 2018 at Adobe MAX, Adobe Premiere Rush has helped video content creators make professional-looking videos on the go. Premiere Rush is a cross-platform, multiple divide editing software that, while intended for social media creators, many creatives can use.

Adobe Premiere Rush can be used on desktops, laptops, and even smartphones, making it highly versatile. There isn’t a “correct” way to use Premiere Rush. However, Rush does have some key strengths that you should take advantage of to improve your overall experience using it. While Adobe Rush offers a toolkit of beginning to semi-pro level of video editing features, it’s still able to produce professional-level content. Here’s how you can get the most of Premiere Rush:

Don’t stick to just one device

One of the major benefits Rush is its simplicity. Use it to your advantage. Adobe Rush is a cloud-based video editing software. So, that means that you can use it across a number of different devices. While you can use it on your desktop workstation, you can also use it on a laptop, tablet, and smartphone. Adobe Rush is much easier to run than Premiere Pro, making it a better option for lower-powered devices. This makes sense since the application is made to run on smartphones and tablets. It has to be easy to run if it’s going to run on mobile devices. This makes the app very flexible, more flexible than Premiere Pro. Essentially, it’s Premiere Pro on the go.

Adobe Rush was designed primarily as a program to be used by mobile devices. It includes all the essential tools you’d need to start a project but doesn’t get too features crazy slowing down the entire system.

Use Adobe Rush to create on the go

Another key defining feature for Adobe Rush is its ability to edit across multiple devices. As mentioned above, Adobe Rush is cloud-based. This means that the software will automatically update the file across all platforms. So you can start working on a video at home on your desktop, then when you’re traveling you can pick up that work on your smartphone. Adobe Rush really shines when you can use it across a number of platforms. If you’re only using it at your desktop, you’re not using Adobe Rush for what it was made for. It was made to be a quick, on the go app for creators. While there’s nothing wrong with using Adobe Rush just on your computer, you could just be using Premiere Pro instead⁠—which offers a much more in-depth experience. Use Rush to edit whenever and wherever you want.

If you start a project in Adobe Rush, you have the option to later take that project inro Premiere Pro. While you can do the entire project in Rush, you would benefit by using Rush as a starting point if you’re working on a deadline. Picture this, you just got offset and you have an hour-long commute back to your office. Instead of wasting that hour, you can start editing the footage on your phone with Rush. Then, transfer the work into Premiere Pro when back at the office and do more heavy lifting, editing there.

It’s important to note that once you convert a Rush file into a Premiere Pro file, you won’t be able to edit the Premiere Pro file in Rush anymore. it’s a one-way street, although if kept a Rush project you can bounce around to your hearts delight, once the project goes to Premiere Pro, there’s no going back to Rush.

Upload to all your social media directly

Content creators, above all, are the group of creatives that benefit most from using Rush. How so? Its simple interface and versatility cuts down on post-production times. Users are cluttered with a load of features they don’t intend to use. Rush will really benefit you if you plan on a simple video edit. For instance, you can add transitions, change audio levels, use preset color grades, and slow/speed up video clips. While you can’t do expert level editing in Rush as you can do in Premiere, it still puts out a professional video quality. It works both as a personal and professional application for creating content for social media. Plus, you can export to places like YouTube and Instagram instantly, right from the application.

The best way to use Adobe Rush

While Adobe Rush isn’t the most complex video software out there, it can be very useful for the right situations. For content creators, Rush is very useful and allows them to get their content out to their audience fast. Rush is best used as a social media video editing application or as a starting point for larger Premiere Pro projects. Whatever you use it for, Adobe Rush is flexible enough to produce professional-quality video content fast.