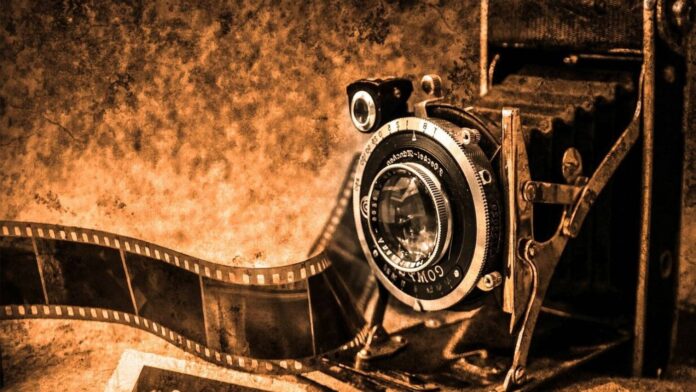 One of the best things about the advancement of video gear and technology is the fact that we continue to get closer to perfection. Lighting and settings are adjusted and practiced to capture the most authentic essence of each scene. We go to great lengths in every phase of videography to help the viewers immerse themselves in the story. From intense pre-production to countless hours of editing, producers critique every angle. Even after winning awards, most professionals wish they could have fixed just a few more things.

Ironically, though, one of the things most beloved about traditional films and early cinema is actually the imperfection. There’s something nostalgic in the flickering light, obvious cuts and slightly scratched images. Now, with everything that video equipment can do amazingly well, the industry has invented ways to add intentional blemishes to our projects. These visual effects can reach back in time and transport the audience far from real life. Here, you’ll learn about one such effect called a film burn. We’ll cover what it is, how it happens on film and how you can emulate it in your videos.

What is a film burn?

In cinematography and photography, a film burn occurs when film is exposed to light. Photography on 35mm film is a good example. When loading a new roll of film into a camera, light will expose the first few inches. This section (commonly referred to as a film burn) won’t hold images. Once the operator snaps the camera’s cover into place, the cover protects the film from the light. Since most cameras wind the film into a small canister as shooting progresses, film burns are only at the beginning of the roll. Advance the film a few clicks to ensure you’ve reeled the burned section and you’re good to go.

When the roll of film is processed to print photos, it’s done in dark rooms to prevent exposure to light. Photographers tend to cut off the first few inches of film burn. However, if the first photo is too close to this section, a film burn appears on the edge of the image. Depending on how much light (and what kind of color of light), these film burns will often appear on printed photos in red, orange, yellow, and white shades. Film burns can appear as a “damaged” edge or create an old-fashioned, sepia-tone look to photos.

Now that you understand the concept of light exposure and how it creates film burns, you can incorporate it into your own work. To achieve this retro effect, open the film compartment between photos. It will take practice to determine when to open it and how far to advance for the next photo. Try opening the compartment in different lighting situations. Bright sunlight, sundown, incandescent or LED lighting will provide various results. Take notes as you experiment so that you’ll be more likely to reach your desired film burns.

Creating cinematic film burns on traditional film works the same way as in photography. As the scene progresses, some frames will become over-exposed and create film burns. Usually, you would cut these out in the editing rooms and film burns are still frowned upon by some crit. For a project that needs a nostalgic mood, keeping the burns may be the right move. Use soft muted orange and brown burns in slow motion to conjure vintage vibes. Alternately, harsh dark burns can add drama and suspense to a horror film. They can create transitions in and out of memories or dream sequences as well. Get creative and experiment with subtle and bold applications of the process.

In digital video production, film burns don’t occur. To get the look, you’ll generate a visual effect during post-production. With a quick online search, you’ll find several reasonably priced options for downloadable film burn overlays. Many are free or offer free trial periods, so you can take it for a test run before making a commitment. Some are digitally created. Others are authentic film burns turned into overlays. The possibilities are endless, but AcidBite is a great place to get started. Below are the basic instructions to get started in some of the most common programs.

Once you’ve downloaded some film burns, you can get started in Adobe Premiere Pro. Start with your video on Video Layer One and drag your film burn clip onto Video Layer Two. When you hover your cursor over Video Layer Two, it will appear that the original video disappeared. You’ll need to adjust the burn clip to be more transparent. Navigate to the Effect Controls section. The Blending Mode is set to Normal by default; you need to change the mode to Screen. This will allow you to make further changes to the opacity and coloring of the overlay to achieve your desired result.

Davinci Resolve users can download a few free film burn clips from the Resolve Store online before getting started. Once you’ve done that, open your program and go to the video you’re going to edit. Be aware that your film burns will occur at two points on the video’s timeline. Choose the two points on the timeline, then find your film burn overlay and drag it onto the top section of the timeline between the cuts. Now, click on it to select it. Navigate to the Inspector tab and then to the Composite tab. There you’ll choose the overlay type: Screen. Once you’ve placed your overlay, you can explore the speed, colors and placement until your film burn is just right.

In Final Cut Pro, the process is similar. You can download overlays from your favorite site. Launch your Final Cut Pro program and find the video you intend to edit. Drag it into the second track. Next, drag your film burn clip into the first track so that it will be above the main video. Then, right-click on the film burn clip and select Composite Mode. Now, you can use the Screen blending tool to make your creative adjustments.

Enjoy the imperfections of your art

Film burns, light leaks and bokeh effects used to be considered imperfections in cinema. They were to be avoided and corrected at all costs. As time marches on, we have come to see these as something more akin to beauty marks. Like a perfectly placed mole or an interesting scar, they add a layer of human connection and reliability. We should try to view our skills in a similar light. As we learn new tricks of the industry, we must practice often and critique our work to improve. At the same time, though, appreciate all you’ve learned and practiced so far. Always seek out new — or in this case old — methods to make your work memorable so that your projects will stand the test of time.