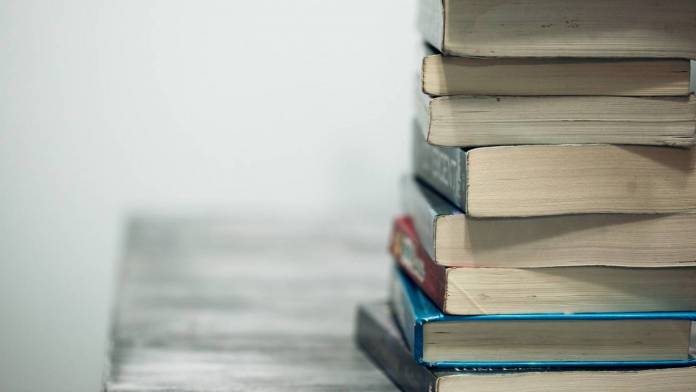 As a filmmaker, no matter if you’re just starting or have been professionally working in the industry for years, you should constantly be looking to expand your cinematic knowledge. While the best way to learn how to make a movie is to go out and do it yourself, there are many other ways you can expand your knowledge, namely books.

There are tons of different filmmaking books that will expand your filmmaking knowledge and skills. There are books dedicated to talking about filmmaking as a whole and others that delve into specific filmmaking subjects like directing, finance, writing and shooting. When you feel like you’ve learned all you can through practice, try picking up some of these books:

In The Blink Of An Eye: A Perspective on Film Editing

This 1988 non-fiction book by Walter Murch focuses on the art and craft of editing. Murch himself worked as an editor on The English Patient, Apocalypse Now and The Godfather. In the Blink of an Eye: A Perspective on Film Editing is one of the most renowned filmmaking books and is often regarded as the essential literary source on film editing. Murch starts the book with the most basic editing question: “Why do cuts work?” In the first version of the book, he offers his insight into subjects like continuity and discontinuity in editing, dreaming, and reality. He also discusses the criteria for a good cut and the blink of the eye as an emotional cue. It’s an interesting read that prioritizes emotion over the technicalities of editing.

There is a second edition of the book. Murch revised the work in 2001 to better reflect digital editing. In this edition, he completely revises the first book’s section on digital editing after the technological changes that took place after the publication. It’s one of the top must-read filmmaking books out there.

Rebel Without A Crew

Rebel Without A Crew is the perfect book for any aspiring DIY filmmakers. It’s a non-fiction book by famous director Robert Rodriguez. The book is written in a diary format and details Rodriguez’s early days as a young filmmaker. Additionally, you get insight into his time working at a medical facility to raise money for his film Mariachi and how he went about making the film. There are also sections that talk about Rodriguez’s experiences in Hollywood selling the film and promoting the film at film festivals.

Furthermore, the book details many of Rodriguez’s low-budget techniques he used to help anyone make a movie without spending a lot. Rodriguez and his cheap, practical film techniques have made him into a huge icon in the modern independent filmmaking community. If there’s anyone that can teach you about low-budget filmmaking, it’s Rodriguez.

Making Movies comes from one of America’s most acclaimed directors, Sidney Lumet. The book itself is both a memoir of Lumet’s inspiring life and a guide to the art, craft, and business of the motion picture. Readers are gifted with forty years of experience making movies when reading Lumet’s masterful book. He shares his experiences working on projects ranging from Long Day’s Journey into Night to Network to The Verdict.

Lumet’s Making Movies covers a wide number of topics. So, after reading, you will learn why a director chooses a particular script, what they must do in order keep actors fresh and truthful through take after take of a single scene, and how to stage a shootout with one hundred extras. There’s an abundance to be learned in this inspiring take on making movies.

In the book On Directing Film, David Mamet argues it’s a film director’s job to, above all else, think visually. Interestingly, this book is written in an instructive, yet funny way. It is written in dialogue form and is based on the film classes Mamet taught at Columbia University. In the book, Mamet encourages his students to tell their stories through the juxtaposition of uninflected images and not with words. Also, he focuses on the fact that great filmmakers understand the burden of cinematic storytelling lies in weaving individual shots together, rather than just individual shots on their own.

Mamet is inspired by Russian masters like Konstantin Stanislavsky, Sergei M. Eisenstein, and Vsevelod Pudovkin. He presents his own take on the masters’ ideas about directing, writing, and acting. His takes are much more tailored to the modern day filmmakers.

Shooting to Kill reveals what it’s like to work on the frontline on independent films and what it takes to make it all work. This book is written by Christine Vachon, who was a huge figure behind the Oscar-nominated Carol. This reading experience gets right into the gears of the filmmaking process. Also, you get to read about everything from developing a script to finding financing and managing egos. It’s an inspiring read that is a must read for every independent filmmaker who has everything stacked up against them and still was able to create the film they envisioned.

This 1966 filmmaking book, Hitchcock/Truffaut, was written by François Truffaut about Alfred Hitchcock. The entire book is based on the two directors and an exchange they had in 1962. The two spent an entire week in a room at Universal Studios talking about movies. In that room, the directors talk openly about their movies. Also, they talk about actors, style, substance, and their processes. It’s a truly revealing look into the mind of Hitchcock and how his mind worked.

After Hitchcock’s death, Truffaut updated the book. It now includes a preface and final chapter that on Hitchcock’s later films after the exchange they had. The book also inspired a 2015 documentary named Hitchcock/Truffaut.

Something Like an Autobiography is the autobiography of Japanese film director Akira Kurosawa. Published in 1981, the book traces Kurosawa’s early childhood years through his teenage years. He remembers his schooldays and the times he spent with his brothers. It goes on to detail the five years we world as an assistant director under numerous directors. Specifically, it speaks about Kajiro Yamamoto, a huge, monumental figure in Kurosawa’s career. As he worked with Yamamoto, Kurosawa’s responsibilities grew. In his last film as an assistant director, Kurosawa took over most of the production for the film Horse. Yamamoto was away shooting another film.

In the book, Kurosawa lays out his beliefs on the primacy of a good script. He also speaks on scriptwriting as an essential tool for directors, on directing actors, on camera placement, and on the value of continually reading literature.

All the books listed above are some of the best filmmaking books you can read. However, they aren’t the only ones. There’s plenty more out there that could list, but the list would go on forever. Also, there’s many books that we aren’t aware of that you can discover on your own. The best part about reading is that the knowledge you learn always leads to more opportunities to learn more.