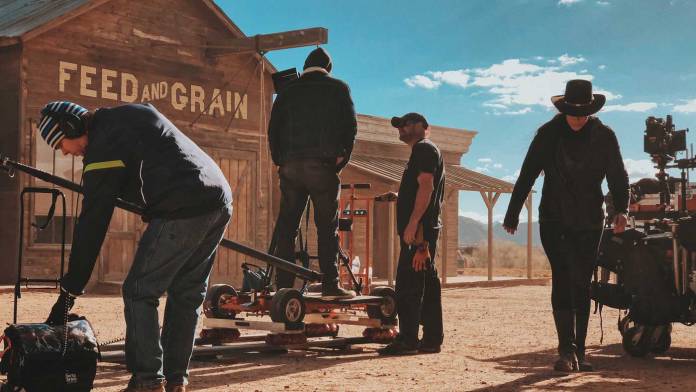 Whether you are creating screenplays, documentaries, commercials, wedding videos, or content for your streaming channel, one thing is true. Early on, you must decide if it will be conventional or unconventional. Will you follow the classics or break the rules of film? Your decision will guide your entire process. Thus, your choice will be applied to your lighting, composition, talent, directing and editing.

Some filmmakers follow the rules so deftly that everything they create seems to be golden. The storyline offers three acts and five turning points chronologically. The actors are beauties who meet the status quo. They use the rule of thirds in every frame. They honor the 180-degree rule. Lastly, the story wraps up nicely, usually with a happy or expected ending, leaving us satisfied and relieved.

Others are constantly pushing the envelope. Their names become synonymous with unconventional and their audiences show up for it. It’s critical to pay attention to every scene so that we don’t miss a plot twist. The actors and characters are odd or striking. Fourth wall, what fourth wall? The cinematography is anything but standard. We walk away feeling unsettled and we love it.

“There are no rules in filmmaking. Only sins. And the cardinal sin is dullness.”  -Frank Capra

If you’re looking to become part of the latter group, you’ll need to understand the rules of conventional filmmaking and the purposes they serve. Then, you’ll be able to decide how far outside these conventions you’d like to go. Plus, you’ll know where to color inside the lines. Here are some of the standards and when you might take a different direction.

When you are filming two or more subjects in a scene, an imaginary plane is created between them that the cameras should not cross (Learn about it here). You can pan, tilt, zoom and semi-circle as long as you don’t go beyond the line.This creates a sense of where the characters are within the scene even if you’re cutting between multiple cameras. Crossing the line can be jarring for the audience.

Breaking the rule. If you’re looking to confuse your viewers, breaking this rule will do it. It’s also an effective way to show that the characters are feeling disoriented. When the conflict is spinning out of control, crossing the line can add tension. In Old West style movies, there are a lot of tense duels and shootouts. As the scene builds anticipation, the camera might circle around the gunmen as they circle around each other, causing the audience to feel like they are in the scene.

The rule of thirds

The rule of thirds is widely accepted as the “right” way to capture images in both photography and film. Most cameras have an option to add gridlines to your view screen. Good composition adds professionalism to your finished product. It offers lead room for action, creates an eye line for your subjects and offers a balanced image. There is something about properly framed shots that people really like. Experts aren’t sure why, but we all seem to know a beautiful shot when we see one.

Breaking the rule. If you need to create tension and unsettled feelings for a scene, changing the framing can be useful. Filming too closely brings in a menacing sense that the subject is being followed intently. Centering your character can make them seem more awkward, or maybe more serene depending on the context. The movie Drive (2011, Nicolas Winding Refn) was filmed in quadrants. It’s compelling and unusual and you’re not quite sure what’s different about it. Breaking the rule of thirds is really difficult to do well. It’s an art.

Myriads of gear and technology have been created to help keep your shots free of shaky movement. Manual and motorized gimbals are designed to catch smooth images while the camera is in motion. There are even external stabilizers to supplement the internal stabilizers that are often built into your cameras. Camera movement can be really distracting to your audience.

Breaking the rule. Adjusting the focus or unsteadying the cameras is sometimes the best way to convey feelings or locations. For example, a character is drugged and loses consciousness. Visually, the scene goes out of focus, the camera pans to a weird angle and fades to dark. A dream sequence might be extra sharp with too-high contrast to elevate the drama and make it clear that this is not the real world. In any movie with a plane crash or bombing, shaky footage increases our sense of chaos. Some of the best war movies use shaky cam to effectively draw us into the action.

This convention is based on the premise that there is an invisible “wall” between the actors and the audience. We can see them. They can’t see us. We watch their story unfold. They aren’t aware of being watched.

Breaking the rule. When we think of movies that break the fourth wall, it’s easy to say this is done for the purpose of comedy and mockery. Alternatively, it can also make a project extremely personal. Having wedding guests speak directly into the camera adds a sweetness that is hard to capture from behind the wall. However, it’s been done in more provocative ways with intense results. Funny Games (1997 and remade in 2007 by the same director, Michael Haneke) is a darkly violent film. It defies convention on many levels but when the characters speak directly to the audience, they are pushing a different button. It challenges you to acknowledge that you are, indeed, enjoying a shocking horror flick.

Give them the whole story

Obviously, the audience needs to have all of the information, right? We expect chronological timelines. Flashbacks that help fill in the history can help us understand a motive or emotion. We can even keep up with a storyline that jumps around as long as all the pieces are filled in by the end.

Breaking the rule. Sometimes solving the mystery or crime is the fun part of being the audience. It makes us feel smart, which adds value to our perception. But when you’re trying to achieve it on a more creative level, you might consider leaving out an important piece of the plot. Reservoir Dogs (1992, Quentin Tarantino) does this perfectly. They show us the aftermath. They show us the planning and staging. It’s left up to us to figure out what actually occurred. A crime was clearly committed but they never show it.

Wrap it up neatly

In order to have an audience walk away from your production feeling complete, you’ll generally need a good closing. It doesn’t have to be a happy ending, but it needs to offer conclusions and finality.

Breaking the rule. Leaving your audience with more questions than answers, when done well, can create a lot of buzz. It can create space for sequels or prequels. Or, in the case of the HBO series “The Sopranos” series finale, it can leave us all checking the power cords and staring at each other wondering if that was it… Like, “Wait, what? Really, that’s it? That’s how it ends?!” We may never forgive you, but we will definitely come back for more.

“The screen is a magic medium. It has such power that it can retain interest as it conveys emotions and moods that no other art form can hope to tackle.”  -Stanley Kubrick

Whatever creative decisions you make for your projects, narrative or otherwise, always be intentional. Breaking rules for the sake of breaking rules will usually result in an eyeroll from the audience. The conventions exist because they really do work. More than a century of filmmakers confirms it. Sometimes, though, breaking the rules to create an unconventional video can evoke a deeper mood or get a bigger laugh. It can pull us into the story and make your work memorable.