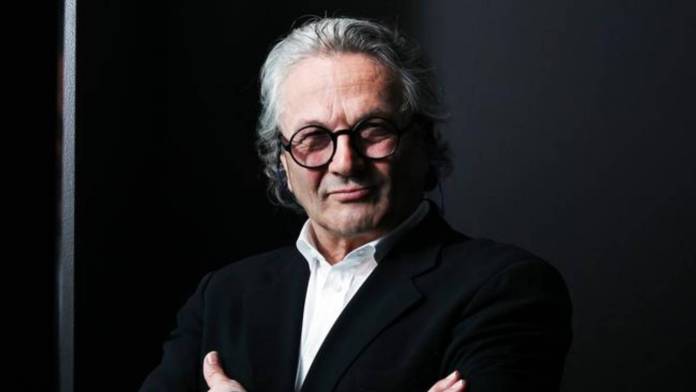 The best way for aspiring film directors to improve their craft is to study and learn from the works of famous directors from the past and present.

There have been many influential directors over the history of cinema. We’ll analyze the works of five famous directors from different genres. These directors are masters of their genre and craft. They all have their own distinct directorial styles that distinguish them from their peers.

Jordan Peele is reimagining modern horror. While he’s known for his comedic work with Keegan-Michael Key, he’s branched out into the horror film genre. His first horror film, “Get Out,” was released back in 2017. The film earned him an Oscar for Best Original Screenplay. The film was also nominated for Best Motion Picture and Best Director. The leading actor, Daniel Kaluuya, was also nominated for Best Performance. He went on to release his second horror film “Us” in 2019.

Described as this generations’ Hitchcock, Peele’s directorial style focuses on capturing psychological horror, rather than physical horrors, which is a common approach for many famous horror directors today. He captures psychological dread by using elements like cinematography and music to build tension, which is seen in Peele’s 2019 horror film “Us.”

At the beginning of the film, Peele zooms out from a caged rabbit’s eye. As the camera zooms out, the viewer sees rows of rabbit cages stacked on top of each other. Haunting music plays as the camera zooms out. The sequence is about 3 minutes long and builds dread in the viewer by spending a considerable amount of time on this mysterious shot. It makes the viewer question what and why they’re spending three minutes watching caged rabbits. It makes their minds run wild because they don’t know what they’re looking at and what’s to follow.

Jordan Peele’s directorial style shows us that a genre can be redefined into something new and still have the same effect. Peele’s version of horror creeps us out just as much as some of the horror classics.

With over two decades of experience, Sofia Coppola is one of the most famous drama directors currently working in Hollywood. Her style is distinct to her. When you watch one of her films, you can tell that it’s one of her’s. Coppola is notorious for directing with a patient, subtle and nuanced approach. She strives to achieve a powerful mystery while capturing the feeling of real life. “I don’t want my movies to feel like movies,” Coppola told the DGA Quarterly. “I want them to feel like life.”

One of Coppola’s many calling cards is her unique approach her film’s environments. Locations have their own personalities and stories in her work. In “Lost in Translation,” the environments are strangely familiar and beautiful, yet at the same time, they are alien to the characters.

When shooting her environments, she opts for using a hand-held camera. In her opinion, that allows the film to get close to the character. She’s famous for developing a particular style of shooting. The style entails shadowing a character from behind as they walk in an environment. This style allows us to be a part of their emotional experience as we experience what the character sees as they see it.

John Hughes is known for using a formulaic style in his films. He follows a similar structure and features similar stylistic elements. For instance, he likes to break the fourth wall in his films. You can see it in practice in “Ferris Bueller’s Day Off” and “The Breakfast Club”. In “Ferris Bueller’s Day Off”, Ferris, throughout the film, speaks directly to the audience about his thoughts and issues. “The Breakfast Club” takes a different approach to breaking the fourth wall through voice-overs and narration.

His work is in many ways a visual time capsule of what it was like living in the 1980s. The haircuts, the music, and the clothes are all of the time. Hughes stuck to writing and directing films based on what he knew personally. A John Hughes movie brings in images and associations, such as a rebellious, coming of age group of teens, montages and, of course, Chicago. All these elements were continually used in his films because those were things he knew. To him, the best way for a film to come off as authentic is to someone personally connected to the film in the director’s seat.

Famous for his insane, high-speed “Mad Max” series, George Miller is among the greats of action movie directors. While he’s worked in various genres of film over his career, his “Mad Max” series is a classic in the genre. This series is jam-packed with high-speed car chase sequences and fast fight sequences. Despite the speed this series operates at, and how fast Goerge Miller cuts his scenes, you still know where you are and what is happening. That’s crucial when making a successful action film.

Miller said he is inspired by silent films when working on the Mad Max series. Kevin Brownlow’s book “The Parade’s Gone By” was a huge influence. According to Miller, he wanted to make a film where people from around the world can watch it and not need to read subtitles. The narrative is pushed forward visually. After all, if you can watch a film silently and still read it clearly, you know it will work with sound and music.

Nora Ephron started out as an acclaimed film writer, however, she eventually jumped into the director’s chair. In her words, she was tired of other famous directors butchering her scripts. Her film work is known for immense sophistication, paired with flair and wit. She’s made hugely successful films such as “Sleepless In Seattle,” “You’ve Got Mail” and her final film “Julie And Julia.”

In her work, she goes against the typical romance cliches. Rather than have the standard boy meets girl, boy loses girl, boy reiterates love, the two live happily ever after, Ephron instead focuses on the romance itself. For instance, in Sleepless in Seattle, it was about romance movies themselves and the never-ending search for the unattainable ideal.

Study the greats to better you own directing

These are five directors you can learn from, but they aren’t the only ones. There are many directors that have paved the way in their genres. Take a look at some of your favorite movies, do some research on their directors, and check out some of their other works. See if you can see a signature approach to their work. Learning from your adversaries in your field will allow you to grow, approach things differently, and help you furtherly develop your style as you try new things with your directorial style.