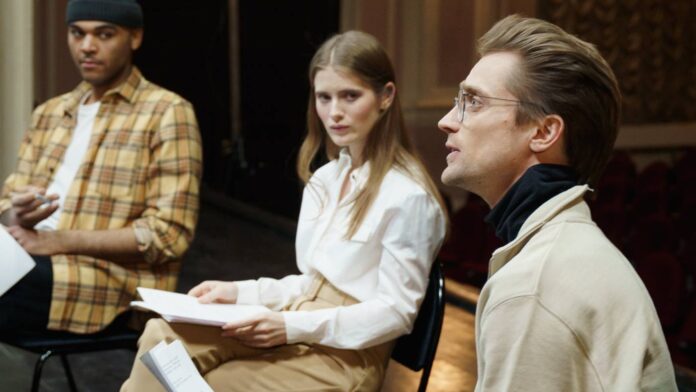 Casting on a film is critical. With the right group of actors, a production can become a classic. However, even with the best story and cinematography, the wrong cast can make a movie flop. So, how do casting directors in Hollywood find the right mix? What does the process look like? How can a smaller project benefit from understanding the process?

We caught up with Mark Paladini, CSA. He’s been an independent casting director since 1991 and has worked on more than 50 film and television projects: “I worked on the movie ‘The Mask’ with Jim Carrey and Cameron Diaz. I worked on ‘Beverly Hills 90210’ the original series for a couple of seasons,” Mark says, mentioning a few notables. “I did Richard Attenborough’s final movie, which was quite a wonderful experience called ‘Closing the Ring’ with Shirley MacLaine and Christopher Plummer.”

How this casting director got started

While there are schools that teach casting, Mark tells us that he got started in a different way, “Like many of the people in my generation got started as actors and they, like me, sort of fell into casting.” While training to become an actor in New York City, he was offered an opportunity to be a reader for a Broadway audition. A reader is the person who sits off stage, or off-camera, and reads the lines that the actors will respond to.

He enjoyed the work, and was offered another reader position, and then another. One day Mark was working in an audition and they needed a camera operator to record the actors. He had some experience with a camera, plus the job paid. He quickly agreed and found out, “I loved it! I loved being in the sessions and watching the actors auditioning. And I discovered, I had learned a lot about framing and running camera for auditions.” The next time that same casting director had an audition, she asked for Mark by name. He soon became an in-demand casting assistant.

In the 1980s, the greatest demand in New York was for commercials, but Mark found that he really wanted to work in film. So he switched coasts and moved to Los Angeles. It took a few years but he found his way back into the casting department. Spending a few more years as an assistant, “I just sort of worked my way up to the point where someone offered me a casting director position and I brought it into the office.” He worked on a variety of television series and made-for-TV movies before landing “The Mask” as the Casting Director in the early 1990s

The casting process can take quite a while and involve many layers. Ultimately, it begins with the script. Like the actors, the casting director reads the script and makes his pitch. “A script is usually given to me, and it’s my audition. I haven’t been hired yet. I have to meet with the producer, director, and let them know what my sensibility is.” Mark explains, “ I’ll come in with six names for this role and six for that one. I’m not going to do every part, but I want to give them an idea. The names that I’ll include are more prototype names.”

Once the casting director is hired, an office is set up. In today’s market, the office might be virtual. The office will be staffed with assistants and associates who start the administrative process. They will establish times and locations for auditions and get the necessary paperwork together. The casting director, usually with the director, will create character profiles or descriptions for each person. Those profiles will be sent to agents who will line up actors they think may fit the part.

“Well honestly, the hardest thing in casting is getting the first person attached,” Mark says. There is a balance to creating the chemistry for the entire cast of a film. Once the first character is chosen, other characters can be added. When you are dealing with a major motion picture, one of the biggest challenges becomes scheduling. The casting director may want a certain actor or combination of actors, but their schedules may conflict. And, of course, there is a lot of negotiation about money.

During the process, there will be a variety of times when actors may come into the casting office, or meet via video call, and read the script. Often principal actors may meet first with the casting director for a pre-read. The actors will get a better sense of what the Director wants. Next, an actor will come in and read for the part in front of the camera. This is what’s referred to as a producer session. This may include the Director and other members of the production staff. Additional auditions with other cast members can help assess how they work together on camera. This is called a chemistry session.

Is the casting director necessary?

This process can take weeks or even months to get down to those final decisions. But, how critical is the casting process for the final production? Mark believes it is essential: “The director learns about the script through the audition process, because of what actors bring in. They always hire someone who brings something else in that I hadn’t expected.” In other words, the actor who understands the script best and brings something unexpected to the audition usually gets the part.

In fact, Mark gives us a piece of insight for auditions, “When the reader reads to the actor and he looks down at the script, instead of taking the line from the reader, that’s one of the surefire ways of seeing someone’s experience. It’s amazing how much real stuff happens when you take the line from another person, as opposed to taking it from a script.”

For the independent filmmaker

Of course, Mark has been in the industry for many years and has worked on all types of projects. What advice would he give for the smaller, independent producer? Don’t skip the process. It doesn’t have to be lengthy, but it has to fulfill one important function. “What’s crucial is creating an atmosphere where the actors feel appreciated. You have to treat them like the professionals that they are, and create a friendly atmosphere.” This is especially true when actors are unpaid.

He also thinks that treating everyone, including extras, as family translates into a better film. Something as simple as getting everyone on set a small gift can give everyone a sense of buy-in and that translates to better performances.

Finally, Mark tells us that, “In our business, it’s important to be open, because the job of the casting director is to not to hire one person for the role. The job of the casting director is to find choices. So that not only do I have the role, I also have a backup that I’m perfectly fine with if that person falls out.” He tells us that many of the best parts in films have gone to the second or even third choice.