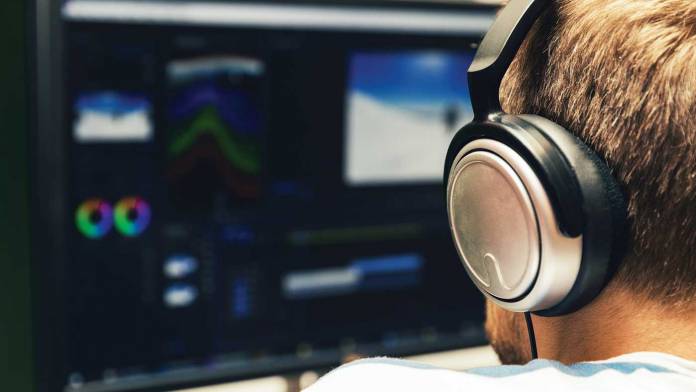 This article addresses audio transitions from the perspective of working with short-form video, field recording, corporate sound, and freelance audio. Of course, different disciplines offer their own challenges and opportunities. Thus, each scenario has a different balance of pre-production, live engineering and post-production needs.

All in all, our goal is to run through the typical audio transitions and understand their uses. Think of fades as you would sandpaper. They come in different grains and sizes, but have one use. Their purpose is to smooth off any rough edges and add finish. Overall, I treat adding the initial fades and transitions to a project as the last step of cleaning up and organizing, before moving on to any serious mixdown work.

Planning ahead for better audio transitions

Like any sum of its parts, your final product can benefit or suffer, depending on how the smaller elements come together. Similarly, clean and well-organized projects allow you to quickly hone in on your core material and discard unnecessary parts. Audio transitions should be done by design. After all, organic transition points present themselves in a well-planned shoot.

Audio transitions should be done by design

Consequently, I keep stressing the importance of tidy workflows. Once we start adding compression and processing to unedited tracks, you might quickly start to realize that parts that were seemingly silent contain hisses or other background noise. This is somewhat normal. Ordinarily, we are not generally fortunate enough to work in spaces with only the cleanest of power sources.

You want your cuts to be unnoticeable (a better word is natural). Factor in a sound’s rhythm and meter. As long as a passage sounds natural relative to itself and its surroundings you are on the right line. For example, don’t obsess too much about nudging a syllable a few samples over and worrying about the rest lining up. The key is for the dialogue to sound natural; the sanding metaphor comes to mind again.

All in all, these are the common tools used in creating smooth audio transitions. I will assume that your audio has already been tidied up and broken down into discrete regions.

First up, we are referring to the fade tool included in your DAW of choice. This is my starting point when marrying up audio transitions, cuts and overlaps. It’s a quick method of drawing in fades in and out of a region or a crossfade between the two. You can also adjust the length and curve of the fade. Thus, I compare this to fine stitching because of how crossfades create small seams between separate audio regions.

Fade in, fade out

Most DAWs have additional fade features. For example, the sample or audio editor can apply fades to a selected area. Manually riding a fader up or down is the original fading technique. I use this method to create fades that are more musical or aggressive. Just add automation, and you’re set.

While not necessarily a purpose-built transition tool, using a De-esser will benefit your project by taking down the level of sibilance and reduce the need for more intense cuts and fades aimed at taming stray hissing. I have been in the position of battling it out with a trailing S and trying to calm it down with a longer fade, only to accept that a de-esser should have been the appropriate first choice.

Here is a chance to use some of that nice room tone we recorded earlier. Use it to swap existing tone out, add ambience or mask other sounds.

Furthermore, you can also use music to mask sounds and provide a bed to scenes and settings. Low level music at a corporate function is a good way of taking away attention from the sound of a room full of people filing in and sitting down.

Music also powers the subsequent video transitions between scenes that bridge one audio segment to another.

I see the addition of effects playing more of a role in sequences used for titles and transitions. A single sound effect could make for an odd transition unless you try to play it off as a replacement for an unwanted sound that fits with the setting. Otherwise, I treat sound effects as embellishments.

The working environments below are intended to give direct examples of how the recommendations and tools discussed above come into play, albeit in a simplified and slightly predictable way.

A good audio transition is one that isn’t needed. Consequently, the key strategies highlighted in this scenario are preventative and rely on maintaining quality control over your setup. You want participants to feel that everything is taken care of and all they need to focus on is on delivering their part.

Assuming the standard fare of a wireless cardioid mounted to a podium’s mic stand, we can recommend a few things right off the bat. First, calibrate and test your gain for voices that are somewhere in the middle. You can quickly adjust up or down as you progress through each guest speaker. In short, this will make audio changes and transitions between speakers less noticeable in the final video.

Likewise (thinking again of the editing process) use a lower threshold noise gate that only really starts to open once someone is directly addressing the microphone. This can help cut down on unwanted background noise and provide a buffer against unwanted mechanical noise.

Similarly, you can also add some compression to smooth out the delivery and compensate for when speakers go off axis so that their voice doesn’t drop off too much. These precautions mean less work in post.

Lastly, set up another microphone to capture more ambient sound. This will serve as a secondary source of dialogue and potential replacement source if either microphone captures unwanted sounds.

Invoking visions of a documentary interview, sitting somewhere comfortable, let’s go ahead and use a wireless lavalier microphone combined with the camera microphone add-on.

You’ve picked out a good spot that’s out of the way and looks the part. You have just recorded several minutes of room tone. The day ends without incident and you have recorded all the needed material. The only minor inconvenience was reshooting two scenes because of bad takes. You also recorded several extra minutes of narrative to use as voice over or source for correcting words.

Your post-production flow will use short fade ins and fade outs on the audio regions you created by removing any unnecessary silence or gaps between spoken segments. These fades gently ease the file in and help tame any breathing at a region’s start and end.

Let’s assume you decide to replace one or two words with versions from the extra narrative dialogue. You will use two very small crossfades and some minor stitching between the overlapping regions.

I am splitting this up into two categories. The first one is the six, 10, and 15-second videos being produced for social media platforms like Facebook, Snapchat, and Instagram. These videos tend to be quick handheld affairs.

In a word, I recommend investing in the bare minimum of a separate microphone and a handheld camera mount. This way you have steady footage and reduce the risk of mechanical noise from a handheld phone or camera making its way in. With one less element to fix in post, you can focus on your video starting and ending smoothly.

I recommend investing in the bare minimum of a separate microphone and a handheld camera mount.

One recent video I came across struggled with the GoPro wireless mic adapter plagued by interference. No amount of transitions could fix that problem as the sound was rendered useless. This highlights the importance of starting with a clean recording.

The other marketing video category consists of shorter videos to the tune of two to three minutes. These straddle the line between corporate and marketing.

In some cases, the video might be primarily visual with some dialogue or phrases interspersed. Or, it might be for a new feature or product that a company is introducing. Treat this scenario like any standard project in that you record your source dialogue cleanly in a controlled environment and edit it in post as usual.

All of the above scenarios are meant to emphasize the importance of preparing for the edit during production. That means keeping your recording as clean as possible and recording sufficient room tone. This, along with knowing the post-production tools available in your DAW, will ensure your video isn’t marred by sudden and distracting audio cuts. 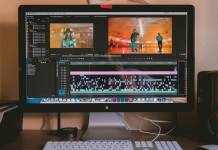 You can fix messy audio with these five tips