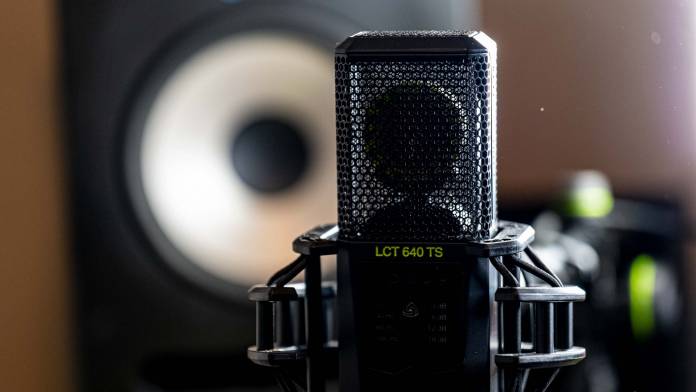 When editing video, there is a proper order for each step in the process — including the audio edit. Time lost working on sections that will end up on the cutting room floor equals more money spent on the same outcome. It isn’t efficient. To keep on top of it, there is a defined order to each step, to keep that added work from being done unnecessarily. We are going to be going over when it’s time to start editing audio during video production, what your approach should be and then the steps in the audio workflow. Let’s jump in.

When is it time to edit audio?

Color correction is not necessary at this point, and visual effects can be done before or after the audio edit. However, adding sound effects will be much easier to do if the visual effects are already in place.

Most video editing software allows for sequencing of audio with video, usually with an ample number of tracks to do just about anything a video editor would want to do with audio. If you are using the same program to edit both video and audio, you’ll have a single software workflow. This is where you use just one program to do all of the work, never leaving its interface.

However, if you want to go deeper with your audio edit or feel hampered by the cumbersome audio tools in your editing program, using dedicated audio editing software can be beneficial. When doing this, you are leaving one program to go into another, then coming back to rejoin the two parts together. This is called round-tripping.

Sometimes, you can round-trip between software from different vendors using OMF files. Other times, you are able to do this with a single vendor. For example, Adobe has been able to streamline round-tripping between Premiere Pro CC and Audition CC using what they call Dynamic Link.

Once you have a plan and the tools you need to execute it, you can dive into the audio editing workflow itself.

The first audio element to focus on is dialogue. The main goal here is to remove or repair anything that distracts from the dialogue itself. Do any clip corrections, insert ADR and remove unwanted sounds. This is also when you might reduce noise and normalize volume. Compression might be necessary during this step, especially for voice-over narration.

This is also when you might use EQ to remove unwanted frequencies. A good rule to follow when using EQ is to only remove frequencies — never add them. For example, if the sound source is too muddy, remove some of the low mid frequencies instead of boosting the higher frequencies.

Lastly, this is the time to add in any transitions. We’re not talking about a video transition here, but rather audio fades that bridge issues between two audio clips.

Next up is sound effects. There are a few different kinds of sound effects you might need to add to your timeline. Single sounds placed exactly on the action are called hard effects; add these first. Next up is foley. Foley refers to any performed actions that sync perfectly with actions on-screen. After that, insert ambiance or room tone layers to add to the feel of a scene.

This is where sound design comes in. Once the dialogue and hard sound effects are in, you can begin to layer sounds to heighten or emphasize the on-screen action.

Lastly, put in any production elements like whooshes and swooshes, especially useful to add impact to titles and graphics.

After everything has sound to connect the viewer to the screen, it’s time to place your music. Yes, editing audio usually means adding music. Most producers won’t be able to have their work scored, but access to high-quality stock music beds and other types of music is widely available.

Most music libraries will give a robust preview of each song. Playing your video along with the music as you try out tracks is a great way to choose music that best fits the work you are doing. Many libraries even offer different variations with alternative instruments or arrangements. They will also likely have loops or stems of this music, so you can control where different parts lay in your edit. Once the music has been selected, mix it to fit the rest of the scene.

One note: Make sure you have the rights to any music you use when editing video. Read the fine print to see if your project aligns with the rights given by the music provider.

Bringing it all together

The last step is to bring the mixed audio files back into your video editing or finishing software. If you are round-tripping from multiple vendors, exporting your audio in groups as stems can be helpful. We recommend a stem of the dialogue by itself, the music by itself and lastly the sound effects by themselves. As long as the elements in each group have the right levels relative to each other, you will be able to simply mix the three audio layers to get the final mix.

Editing audio for video is not hard if you break it down into steps and follow the order of operations. Make sure your choices are deliberate and best fit your video. Now that you know how to edit audio, put all of these processes together to bring harmony to your next video.