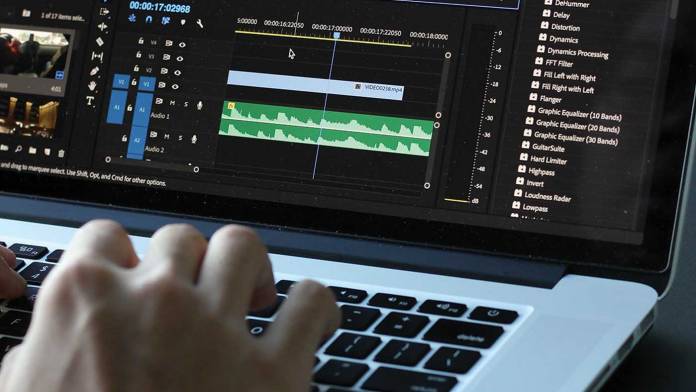 Buying the best workstation for your needs means understanding how the CPU, GPU, RAM and storage options work together to enhance overall performance. Let’s go over those key factors so you know what to expect from your new system.

The base of any computer is the Central Processing Unit (CPU). The CPU does all the computational and processing work within your computer. Early CPUs were simple one core systems that were able to run programs but did not allow for multitasking. Today CPUs come in many different configurations including multiple threads and cores. Some computers even offer multiple CPUs within one system. CPUs with multiple cores or threads can easily outperform CPUs of one core with the same clock speed.

Multiple cores mean that one chip has multiple central processing units. A quad-core processor, for instance, has four processing units and is seen by the operating system as four physical cores. This allows for a faster system because it allows your computer to run multiple programs and tasks at once. For video editors, a multi-core CPU is a must — it will be an important base for any mobile workstation. Four or more cores should be satisfactory for most video and effects programs.

Threading, or Hyper-Threading, is a way for one physical CPU core to essentially split up resources and be seen by the operating system as two virtual cores. This allows for the single core to split up execution resources and speed up processes. It is nowhere near as good as having multiple physical cores, but as an added feature on modern CPUs, it is helpful for multitasking and adding an additional layer of performance.

Most post-production software requires a dual-core processor. A quad-core processor is going to be better suited for most video work and a quad-core running at 2.5GHz or faster will give you optimal performance.

Random Access Memory (RAM) is another important component of any workstation. RAM will not necessarily contribute to the speed at which your machine can perform processes, but it will contribute to its capabilities in terms of the size and types of processes you can perform. Every program, including your operating system, has memory requirements that allow them to run independently of the hard drive. This is important because using the hard drive as swappable memory will slow down your system significantly.

While DDR5 RAM is faster than DDR4 RAM, as long as you have enough RAM in general to run the programs you need, that should be sufficient. In terms of the amount of RAM to look for 8 GB and above is a safe bet for most performance systems.

Error-correcting code (ECC) RAM is also something you should consider as it is not that much more expensive and adds an additional layer of data security. ECC RAM is built with an extra chip that checks data as it transfers in and out of temporary storage. This transfer is a likely point for data errors that can result in corrupted files. In video, corrupted and lost data is unacceptable, especially when working on a project for a client. ECC helps to mitigate this concern by looking for and correcting errors.

8GB of RAM is the bare minimum you’ll want in a system, but 16 or 32GB of RAM is recommended for most work. 64GB of RAM or more may be needed for more intensive workflows.

What is more important than standard RAM is Video RAM (VRAM) which is a part of the graphics processing unit. The GPU is the central component for a quality video editing system. While the CPU and RAM are both important in running your computer’s main tasks, the GPU will be the workhorse of any video-based application, like as Premiere Pro, Final Cut Pro, After Effects and others. The GPU works with the CPU to process graphics, textures, video and everything else involving visual output.

While you may not need a dedicated graphics card to run your software, you’ll see a notable boost in performance if you have one. The GPU is a separate processing unit that comes with its own RAM that processes the video output of your computer. While you don’t need a top of the line GPU, a quality Nvidia or AMD unit with at least 4 GB of VRAM is recommended. If your budget is more flexible, professional GPUs like the NVIDIA Quadro series might be something to consider.

Most video editing software supports a wide range of video cards, but this isn’t always the case with animation and effects software. Some software programs have features that don’t work with certain graphics cards. Taking the time to carefully match the software features you want to use with a video card in the portable system you’re buying can save you a lot of headaches down the road.

In addition to powerful components to run your video applications, a place to store data is also important. SSDs are optimal for your system’s boot drive, where the operating system is stored, but can lack storage capacity for media files. Ideally, you should use a solid state drive (SSD) with at least 500GB to 1TB of space. When it comes to storage, the more space the better. You never want to store your entire portfolio plus assets on one drive, but enough space on your internal drive to store current project assets and other items is a must.

Ideally, media files should be kept on a separate drive from the operating system to enhance your system’s speed. Storing your media files on external drives can speed up your workflow and enhance your system’s storage capabilities but does so at the cost of limiting your portability. To stay mobile, you can opt for a second internal drive — usually a spinning-disk hard drive of a larger capacity. Any hard drive in your system should spin at 5400 or 7200 rpm or faster.

An external device should be used for most long-term storage needs. USB 3 connected drives are fast enough for most compressed HD work; however, they’re not fast enough for uncompressed or raw footage. A single drive or a RAID array of drives connected via Thunderbolt 3 will give you the speed needed for demanding workflows. These ports can also be used to connect to external devices used for capturing and monitoring video, so they are important features to look for.

Ultimately your purchase decision should come down to what your needs are and what kind of a budget you have to work with. If you have the budget, consider purchasing the most powerful machine you can. As with all technology, computers are quickly outdated. A higher-end machine will help future proof your investment at least for some time. With that said, if your budget is stricter there are still some great choices out there that will perform well in post-production.

Check out our top picks in each category:

Ready to build? See “Your Step-by-Step Guide to Assembling a Video Editing Computer from Scratch.”