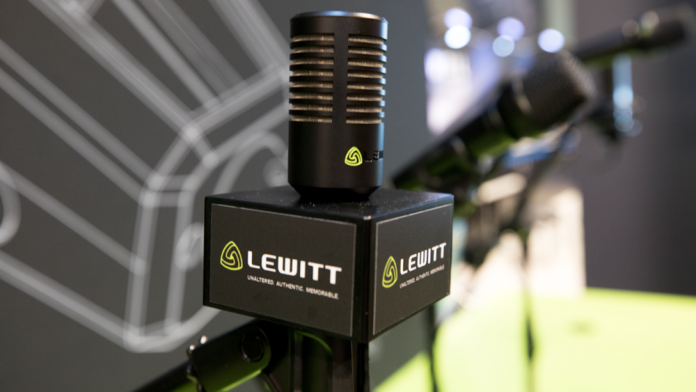 We were introduced to Lewitt at the 2017 NAMM Show. They showed us a few interesting and innovative mic designs with the The LCT 940 a FET and tube combo mic that combines a large-diaphragm FET condenser microphone and a tube microphone within the same housing. They also showed us the LCT 640 TS Ã¢ÂÂ a mic that has two seperate outputs for the front and the back of the diaphragm soÃÂ that you can either record a stereo image or change the polar pattern in post-production.

But we are here today to talk about the Interviewer. The Interviewer is a omnidirectional dynamic mic. It looks a bit different than your typical handheld mic, with a long form factor and rubber mounted capsule. Plus, it offers a different kind of paint that has a easy to grip texture.

The Interviewer comes with a pouch to carry it in, a flag to add your branding to and a wind screen. Including a flag for branding is a nice touch and adds value to the package. The windscreen fits the head of the mic well, but like all windscreens, shouldn’t be trusted alone to keep hard plosives and wind noise from being captured.

The InterviewerÃ¢ÂÂs omni pickup pattern will make capturing good audio easier because mic direction isnÃ¢ÂÂt as important. Distance from the soundsource will still be a factor to consider, though. The long form factor of the mic makes holding it easy. WeÃ¢ÂÂve all seen this before: the next time youÃ¢ÂÂre watching a stand-up comedian hold a mic, note how they hold it. Many times, itÃ¢ÂÂs by the base, where the xlr cable goes into the mic. This is bad form. It will ruin xlr cables and eventually ruin the connecter in the mic. The Interviewer, however, is just long enough that the comfortable location to hold it is well above where the cable attaches. The paint texture is noticeable, but we canÃ¢ÂÂt see it being a huge difference from how other handheld micÃ¢ÂÂs feel. The design feature that does help with easier grip is the embossed branding on the side of the mic.

Testing, Use and Results

We tested the Interviewer for a recent review of the Nikon KeyMission 360. The KeyMission doesn’t have a mic input, so we recorded all of the audio into the Tascam DR-10X, which accepts one XLR input that records directly to a microSD card. Having the Interviewer go directly into the DR-10X made it easy to bring along while forgoing the use of cables.

The mic itself is about a foot long. Add in the DR-10X onto it, and it reaches past 15 inches. The length did make it awkward to pack and tote around, but it was a very small inconvenience. After shooting, we returned and reviewed the footage and listened to the audio. There were no handling noises and it sounded very natural.

Knowing how well this mic rejects unwanted noise is important. Consider trying to conduct an interview in a busy and loud place. In that type of situation, itÃ¢ÂÂs important to be able to reject as much as possible for best signal to noise ratio. To test the InterviewerÃ¢ÂÂs capability to reject its surroundings while still picking up voice, we took it near a busy street. To surprising results, the interview was clear and the street noise was minimal. We thought, because of its pick-up pattern, the mic wouldnÃ¢ÂÂt reject the sound of the world around us, and could be a poor choice for those types of situations. But that just isn’t true Ã¢ÂÂ the sound clarity was very impressive.

There are many mics in the marketplace that are specifically designed for interviews. For our comparison, weÃ¢ÂÂre going to look at both the Shure SM63LB and Rode Reporter. They are both very similar to the Lewitt. LetÃ¢ÂÂs take a look at how they compare and contrast through their features and price.

Both the Shure and Lewitt offer a longer handle and are omni directional. They both offer protection to minimize handling noise. The Shure does this through an internal shock mount and the LewttÃ¢ÂÂs capsule and electronics are rubber mounted. Where they differ is mostly in the price. At $150, the Shure is $50 cheaper than the Lewitt.

The Rode Reporter is another Omnidirectional long handle form factor mic. ItÃ¢ÂÂs obvious they serve the same audience, people that do interviews in the field. Both offer isolation to reduce handling noise, have internal pop filters and come with a flag. The Rode is even cheaper than the Shure at $130. ThatÃ¢ÂÂs a $70 savings over the Lewitt.

The Interviewer sounds good, it is easy to handle and is ideal for those on the go. Its finish made it easy to grip and we didn’t experience any handling noises. We like that it includes a windscreen and a flag, but itÃ¢ÂÂs far from the most affordable option. We didn’t like that itÃ¢ÂÂs more money than many other direct competitors. Its comparative price aside, itÃ¢ÂÂs a good value for the money and we would recommend it.

The Interviewer by Lewitt is a purpose-built mic for field interviews. It has a long formfactor and feels rugged. It has a textured matte black finish and is omnidirectional. It’s a bit more expensive than its competitors but is an overall good value. 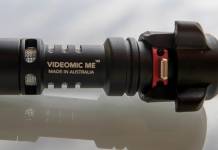 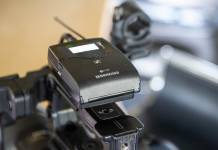 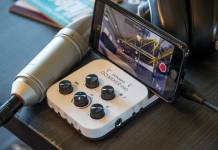 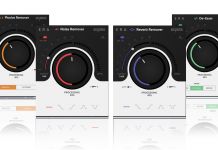 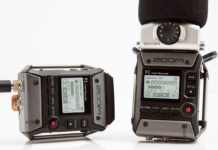