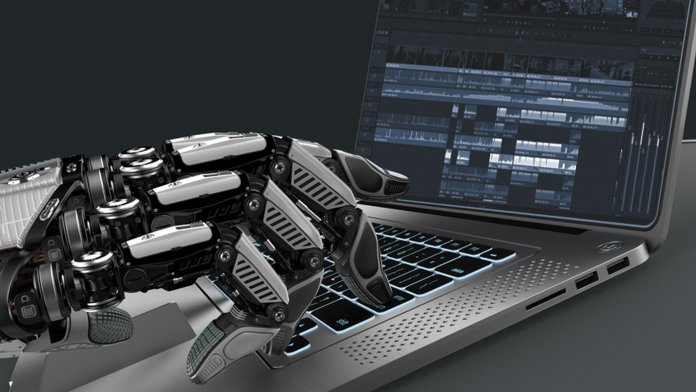 Forget beating grandmasters at chess and go; artificial intelligence (AI) from Musk-owned OpenAI has already beaten the world’s highest ranking DOTA 2 player in single player matches and multiplayer combat is already in the works. Even tasks with fewer defined rules, like writing and art, are being put into the hands of machines more and more frequently — to surprising results.

Video production is not immune to the impacts of these technological developments. Indeed, algorithmic video editing is already a common feature in the basic editing apps that run on our mobile devices. Magisto, for instance, will automatically sort through your footage to find what it identifies as the most exciting moments, then automatically generates a highlight reel ready for sharing, complete with effects, transitions and music.

This sounds great when you’ve generated a ton of footage and now just want something to show for it, but it also effectively prevents most users from making choices regarding which moments that are meaningful to them. This is the problem with all algorithms — they can only be so accurate in their predictions, and there’s no way for us, humans, to know when those predictions miss something important.

While serious technophiles will argue that this algorithmic editing isn’t true AI, it’s close enough to cause a similar end result: Humans are leaving more decisions up to our machines, even creative decisions. The question isn’t whether or not the video ends up as good as what a human could produce. In some cases, it may even be better, or at least more efficient. The question, instead, is whether or not this fact should discourage us from creating at all.

The answer becomes clearer if we look back to our gaming robots and the champions they’ve toppled. AI may have beaten these chess, go and DOTA 2 players at their own game, but that does not prevent them from continuing to play. It doesn’t stop anyone from continuing to play, and most never hoped to reach grand master status in the first place. AI learning how to win at these games doesn’t change their appeal because the fun is in the challenge of playing. Winning is just a nice bonus sometimes.

With machines taking over for humans in almost every industry, video producers, like everyone else, may need to compete with machines for work in the not-so-distant future — an understandably frustrating thought.

With machines taking over for humans in almost every industry, video producers, like everyone else, may need to compete with machines for work in the not-so-distant future — an understandably frustrating thought. Faced with this fact, an appreciation for the creative process becomes more important than ever, both for the client and for the creator. We can leave the sterile highlight reels to the machines — it will give us more time to create masterpieces that tell uniquely human stories or to experiment with new forms and techniques.

When it comes to mundane tasks — creating a simple highlight reel to show off your stunts, for instance — AI has the potential to help us produce more and work less. When it comes to extraordinary tasks — the ones that challenge us to think and grow as artists — it doesn’t matter if a machine could technically produce better or faster results.

We, as individuals, don’t make video because we are the best at it — with or without machines, there will always be someone who is technically better, or who has more experience or produces more quickly. We make video because we enjoy making video, and because non-algorithmically generated edits still retain an intangible human quality that can’t be artificially reproduced — the imprint of those who brought the story to life. That won’t change, no matter how advanced AI becomes.

Nicole’s is both excited about and freaked out by the AI future. She’s also Videomaker’s Managing Editor.